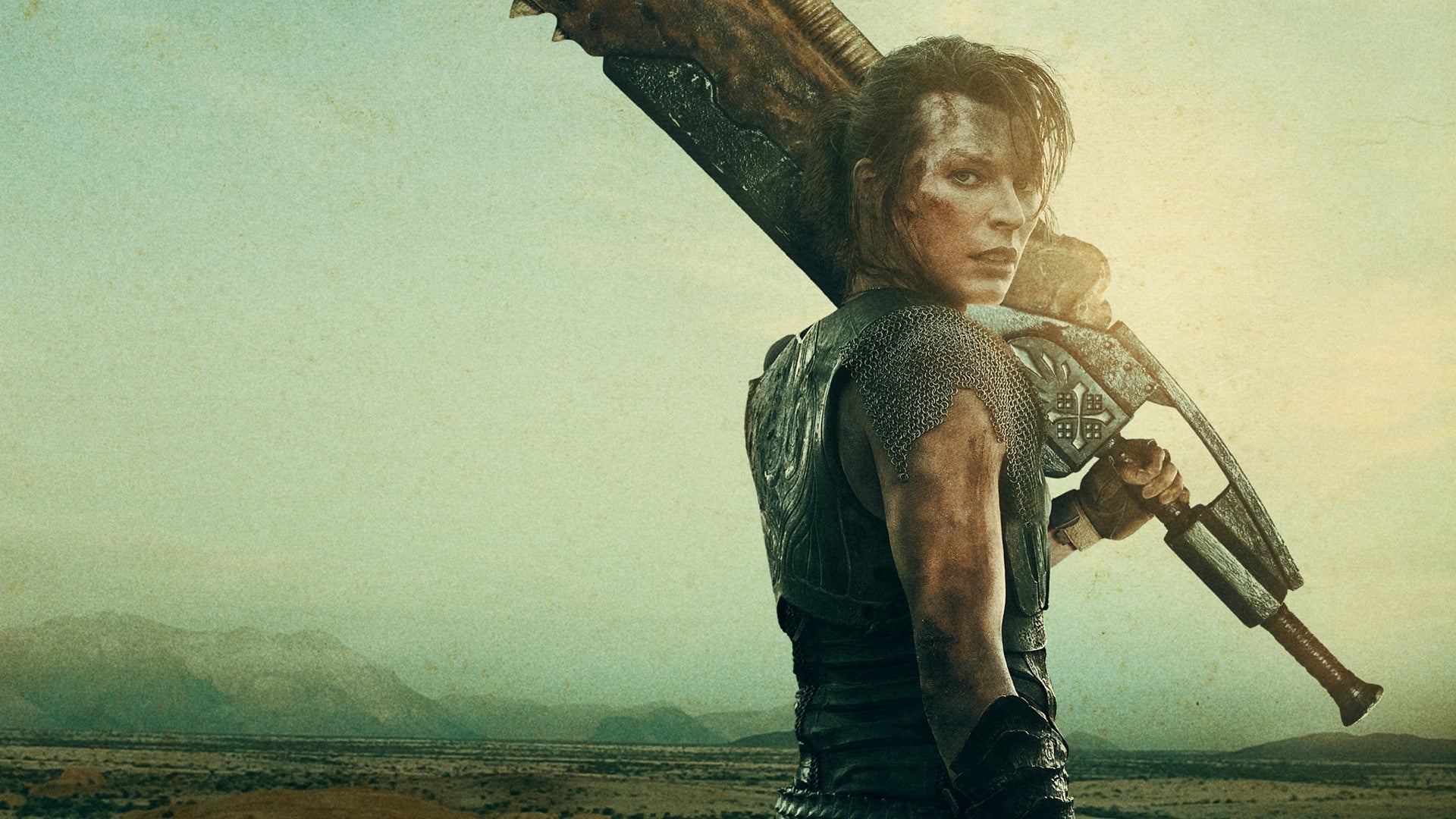 The usual gamble with seeing a Paul W.S. Anderson film (Mortal Kombat, Event Horizon, Soldier, Alien vs. Predator, Resident Evil) is whether it will be “So Bad It’s Good” or “So Bad It’s Bad”. I have not played much of any Monster Hunter game to know what the world is like or what the characters are like – I spent a few minutes trying out Monster Hunter: Worlds, but it was not much. So, going into this movie I had no idea what to expect nor how the movie would match up to the source material. All I knew was that it would be a Paul W.S. Anderson film and that man makes movies mainly for his own enjoyment.

The story in the film was written on a Post-It note, there are characters, but we never get to know them well enough to care about them. As the film opens, we in “The New World” and are onboard a ship sailing the high seas of sand. The ship is attacked by sand monsters and a man (Tony Jaa) is thrown overboard. Cut to “The Old World” and we are with Alpha Team led by Lt. Artemis (Milla Jovovich). Alpha Team is investigating a different team that has gone missing. While investigating (and I use the term “investigating” lightly), they encounter a freak storm that brings dark clouds and lighting, this storm opens a portal to The New World. Artemis and her team are thrown into The New World and are left to fend for themselves. Eventually, they meet up with the man thrown from the ship and they go on a quest to a tower on top of a mountain.

Not much is explained in the film and the film moves from one action sequence to the next without much dialogue or exposition. This can be a good or bad thing. In a Paul W.S. Anderson film, it’s a good thing because the dialogue that actually is in the film is atrocious.

The visuals in the film are decent, the monsters themselves are decent and the action in the film is decent. There’s nothing truly outstanding about the film, it is all very mediocre and decent. Anderson throws in a not so subtle death and resurrection scene for good measure.

The one good thing about the film is the relationship between Artemis and Hunter (the name given to the man thrown from the ship by Artemis). Anderson uses the language barrier between these two characters for maximum effect and it generates some much needed levity in the film. Chocolate. Bait.

Milla Jovovich is a genuine bad ass and I wish that she could get better roles in better films. I’m wishing that Chad Stahelski or David Leitch could create a Joan Wick movie franchise that resides within the Wickverse and cast Jovovich in the main role. Even though Tony Jaa has no English lines in the film, he has such a strong screen presence that it did not matter. That man’s charisma alone was enough. And Ron Perlman, what was he doing in this film? I am not sure, but he looked like an older, somewhat overweight version of Will Ferrell in this movie and that was entertaining by itself.

The music in the film was a generic electronic score that strangely worked.

So, in the end, was Monster Hunter “So Bad It’s Good” or was it “So Bad It’s Bad”? It falls in the former by just a hair. This movie was oddly entertaining for its short runtime. I did not feel the need to stop it before the credits rolled, so score one for Paul W.S. Anderson. Monster Hunter is not his best, but it is also not one of his worst.

The movie never bothers to explain why there are two worlds. The Admiral (Perlman) does make mention of technologically advanced people living in The New World before. The movie doesn’t explain why there is a magical (unstable) portal that is forming between the worlds. In general, the movie has a lot of ideas that go unexplained.

I am disappointed by the ending of the film that felt rushed and left the door open for a sequel.

There were way too many shots of people being flung around inside of vehicles.