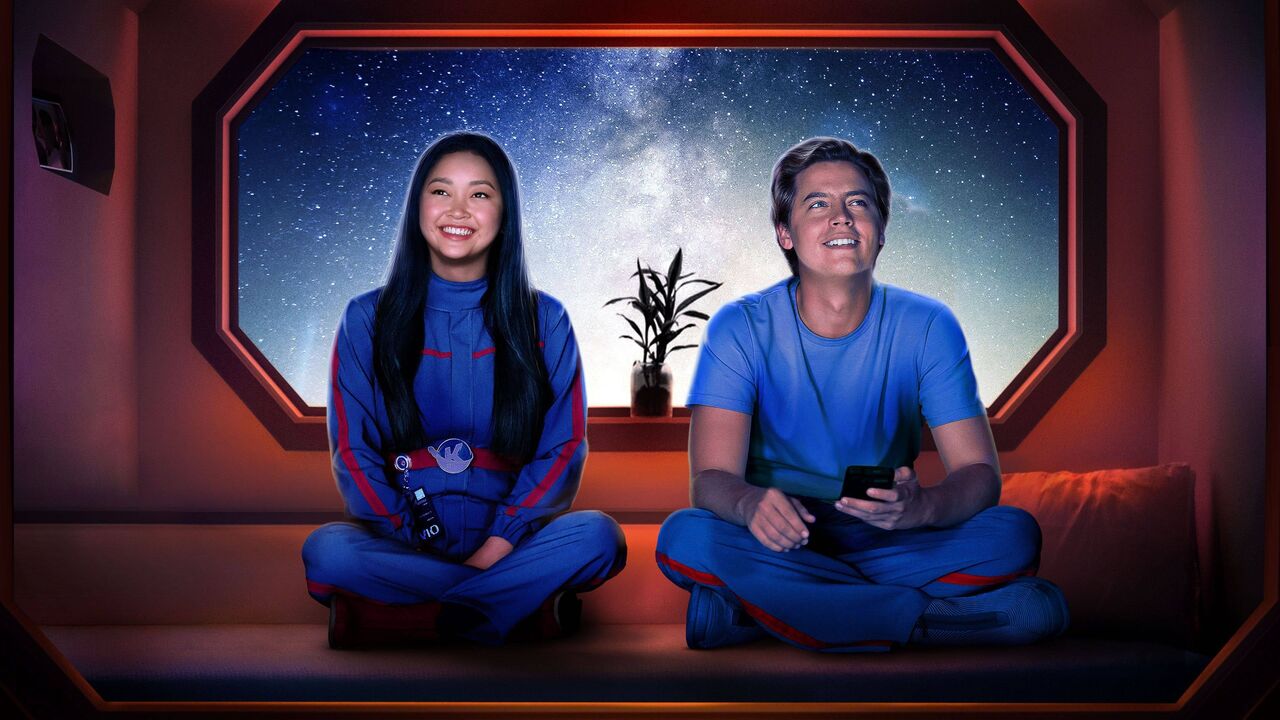 In the near future there is a human colony on Mars. Overachiever and know-it-all Sophie’s (Lana Condor) similarly overachieving boyfriend Calvin (Mason Gooding) has moved to the Mars colony with his family on a temporary work contract. But, when that temporary contract turns permanent, Sophie must decide if she is willing to fly to Mars to be with him. Loser assistant (to a robot) barista Walt (Cole Sprouse) meets and develops a crush on a girl named Ginny (Emily Rudd) who is headed to Mars the day after they meet. His dream has always been to go to Mars, but he has yet to accomplish that. Love draws both Sophie and Walt into a journey to the Red Planet.

The two leads are alright in the movie, much like the movie itself, the two leads are uninspired and not memorable. The highlight of the movie is Christine Adams who has a wonderful scene in the third reel that is very endearing. Zach Braff shows up late in the movie and each scene that he was in was awesome. Michelle Buteau is absolutely hilarious as the party-seeking captain of the Mars-bound spacecraft. The robots and AI in the movie are quite fun – the robots were reminiscent of GERTY from the movie Moon.

Moonshot’s story is rather conventional and the space element added nothing to the movie as Moonshot could have easily taken place on a train.

I did appreciate that there were quite a few laugh out loud moments throughout the movie.

The first 30 minutes of Moonshot are rather rough. It was hard to get into Moonshot because both of the protagonists are annoying, especially Walt who is just grating. After the first 30 minutes though, the movie does find its groove and is not too bad – and the Walt and Sophie characters are different in this midsection of the movie. Moonshot does lose a bit of momentum near the end and Moonshot felt like it dragged along for the last few minutes until the credits started to roll.

With a title “Moonshot”, this movie should have been inspired and grand. Unfortunately, it is not. Moonshot is a bland conventional romantic comedy that is set in space, but really did not have to be. Moonshot is fun and cute, just not very memorable. And much like the Walt character, this film is neither extremely ambitions nor innovative.

The conventionality of the movie is rather apparently by the way the story unfolds: Boy meets girl, they fall in love, something happens, they fight, eventually they get back together and live happily ever after