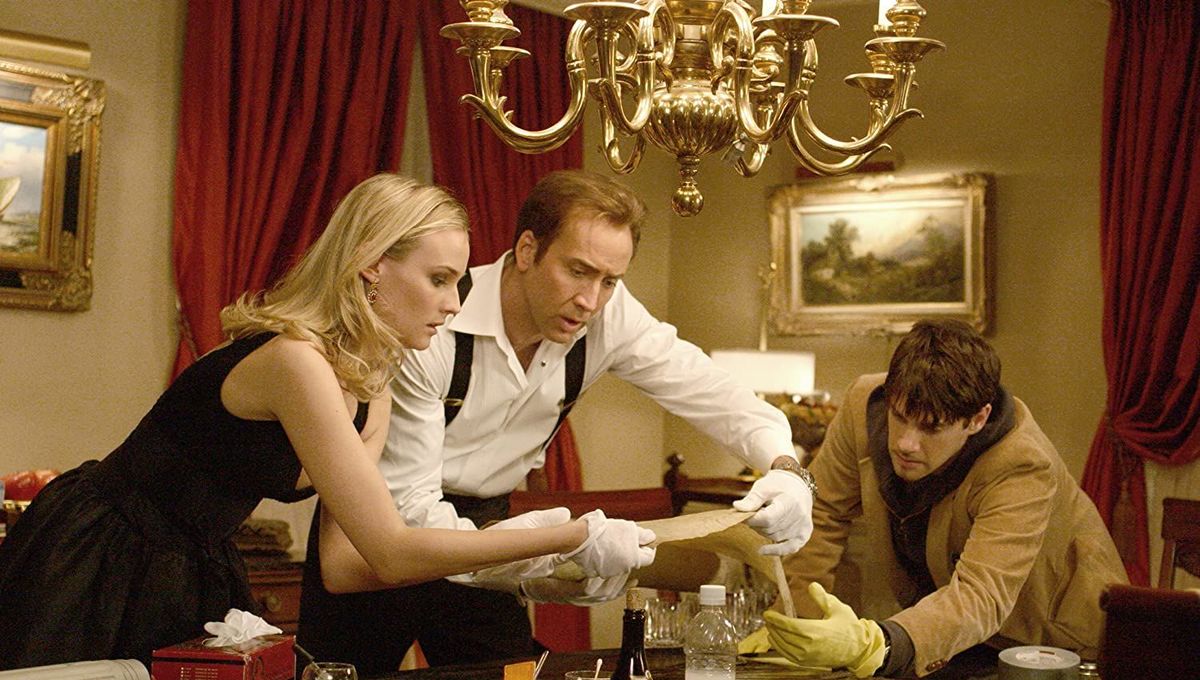 Remember when Nicolas Cage made fun movies to watch? I do, National Treasure was one of them.

National Treasure takes an insane and ridiculous idea and runs with it. The movie doesn’t care how silly the idea is and by doing this the movie lets us the audience not care either. This is the Disney version of The Da Vinci Code: A treasure is “out there” and if the protagonist is able to follow the clues that were left behind by the people who hid the treasure, the protagonists will be rewarded handsomely. Don’t think about it too much, like why would people hide a treasure then leave clues for people to search for the treasure?

In National Treasure, the protagonist is Benjamin Franklin Gates (Nicolas Cage) who is from a long line of treasure hunters who are looking for a grand treasure hidden by the Knight’s Templar and Free Masons. He is joined on this treasure hunt by his friend Riley (Justin Bartha) and reluctant partner and love interest Abigail (Diane Kruger). The antagonist is an almost standard-fare baddie named Ian (Sean Bean). The movie takes many cues from history, taking what we know from elementary school and twisting it to fit the plot. It sounds silly, but it works very will within the confines of the film.

I really like this film, it is infinitely rewatchable because it is just plain fun. It is also kid safe (c’mon, it’s a Disney film), my two kids (nine and eight at this moment) watched it with me and enjoyed it immensely. The stealing of the Declaration of Independence (the idea, planning and execution) really caught my son’s attention. Throughout the film, he also picked up on things he learned at school and heard in the movie.