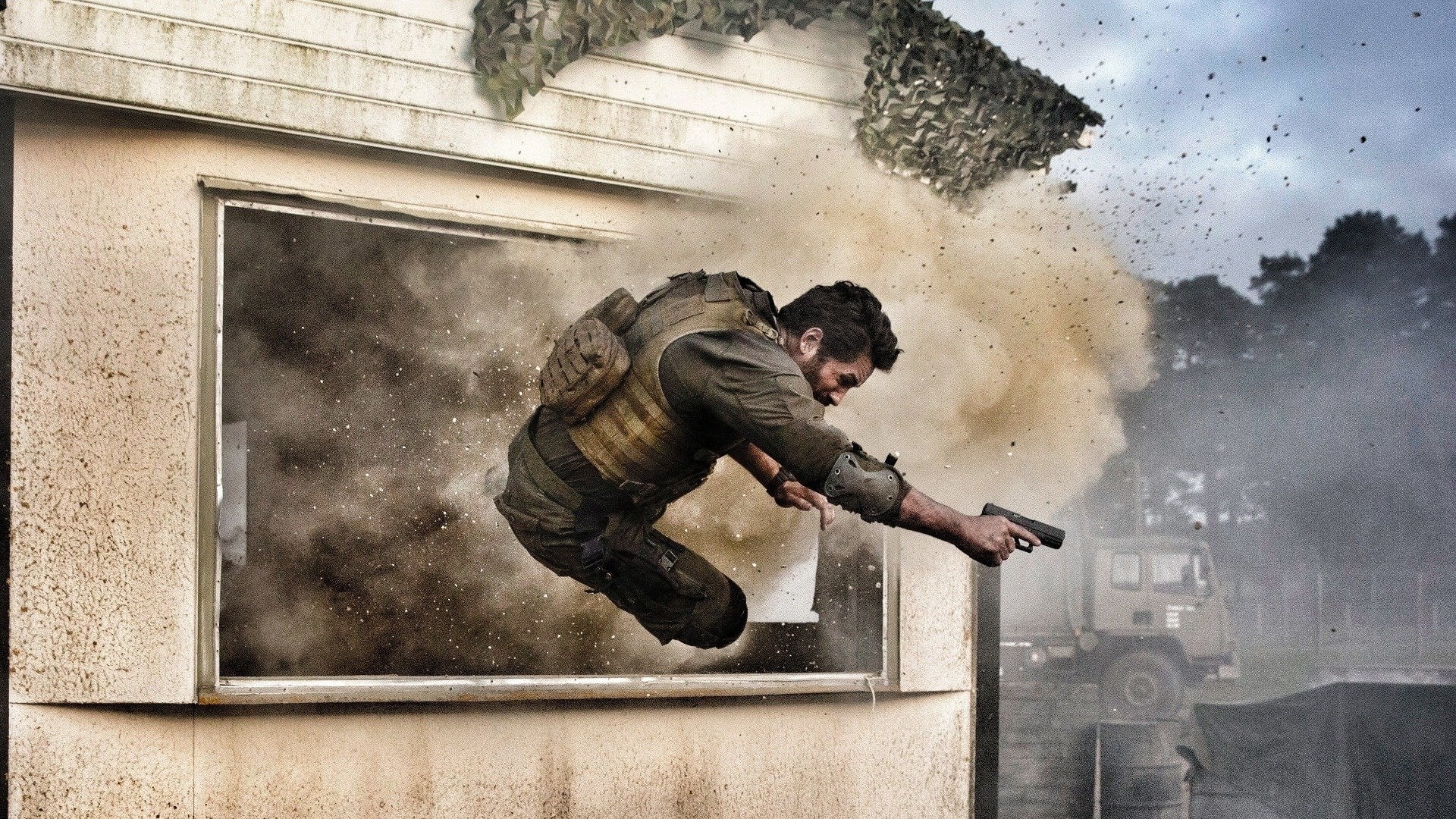 I’ll admit, I wouldn’t have watched One Shot if it weren’t for accidentally stumbling into it and thinking, “Huh, let’s give this a shot.” So, was this movie worth giving one shot to watch?

A group of Navy Seals lead by Jake Harris (Scott Adkins) are on protective duty escorting a CIA operative named Zoe Anderson (Ashley Greene) as she heads to a secret CIA black site to pick up a prisoner. The prisoner, Mansur (Waleed Elgadi) may or may not have information about a dirty bomb that may or may not go off in Washington D.C.

The plot for the movie is thin and I did not mind that. I came into the movie under the assumption that the plot would only be there to string one action scene to the next. The action in the movie was repetitive, most especially any sequence featuring a gun fight. The problem is that the single truck that ferried in a load bad guys was like a clown car – judging by a rough body count, 100-150 people streamed out of the back of that truck, it was comical. The gun fights felt more like watching a friend play a shooter game and after a point that was boring.

There is a fight sequence in the middle of the movie that gives Adkins a chance to show off his martial arts skills. His character is moving through a building with only a knife and a pistol. This whole sequence was well done, tense and brutal. It is unfortunate that the movie did not give Adkins more opportunities to show off his martial arts talent. Adkins is charismatic and does well in the movie. Given a chance, he would make a great action hero in larger budget movies.

Every actor needs a payday and I am guessing that is why Ryan Phillippe was in this movie. Phillippe’s performance was all snarls and anger. It was boring.

The stand out performance was Waleed Elgadi as Mansur. The character needed to be extracted to Washington D.C. by the CIA and was also the target of the bad guys – he was caught in an untenable position, mostly of his own making. Elgadi makes his character almost a sympathetic character.

The Big Bad Boss (Jess Liaudin) was described as a “Master of Persuasion”. Ha. Cheese anyone?

One Shot was a random pick to watch. For that it was, it was a fairly entertaining, though a bit mediocre action movie that basically has no plot to hold it together. I would not go out of my way to watch this movie. I will only recommend this movie for those curious about how successful the filmmakers were at shooting and editing the movie to look like a single shot.