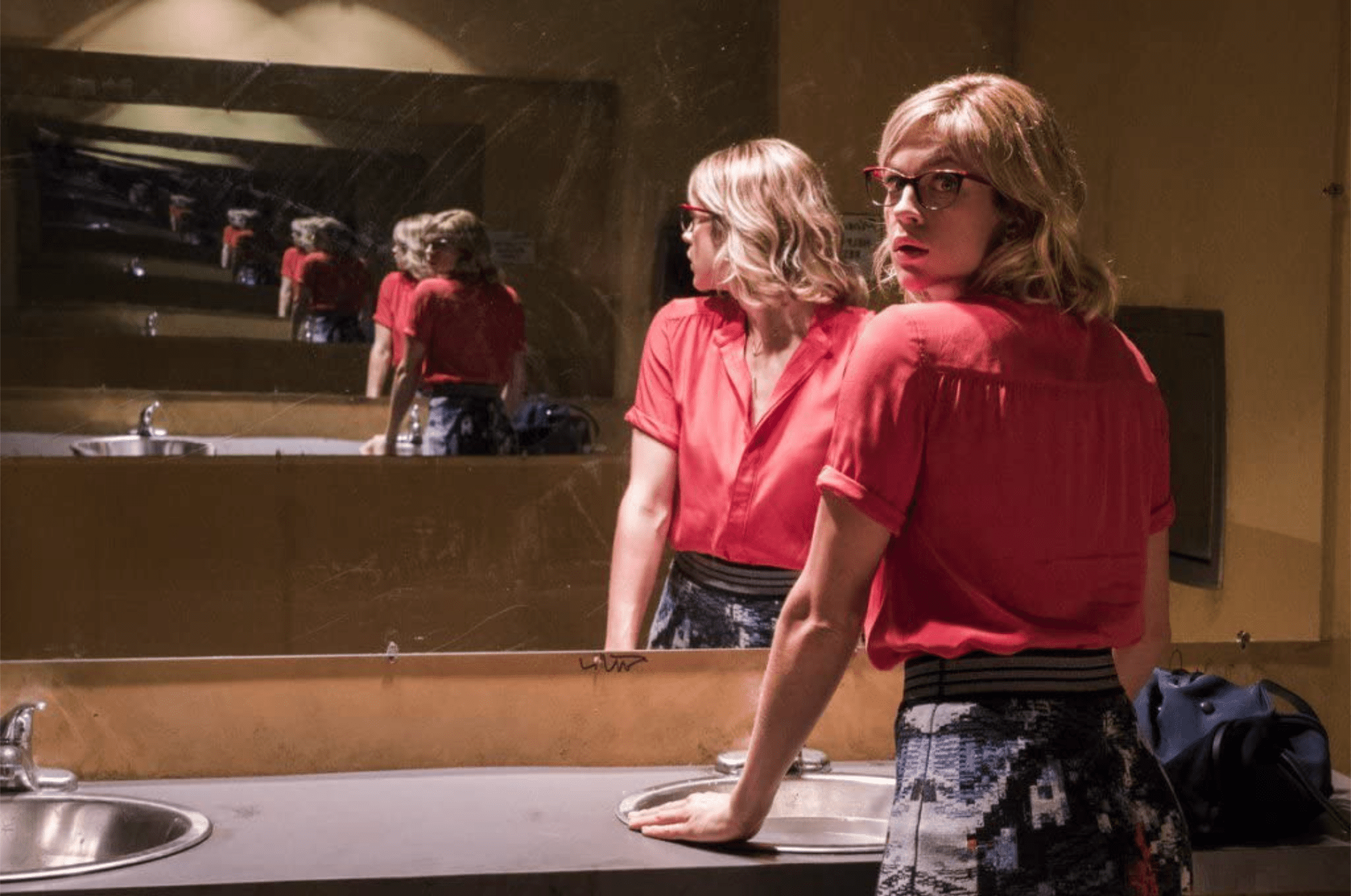 I love movies that play with time – whether it be time travel or multiverses. The best of these films always layout a logic for how time manipulation works and sticks to that logic – examples being the Back to the Future series, the two James Cameron Terminator films and Source Code. Parallel is not one of those movies.

Parallel opens with a tense and well done sequence that immediately hooked me. This sequence follows a woman (Kathleen Quinlan) as she goes downstairs to feed her dog. There is something strange and odd feeling about the whole sequence and it is very well done. What happens is similarly bizarre and before long, we cut back to two entrepreneurs who are developing a parking app.

These two are Noel (Martin Wallström) and Devin (Aml Ameen). They live in the house that was featured during the opening sequence – though, we have moved years later from the opening sequence. They live there with artist Leena (Georgia King) and coder Josh (Mark O’Brien). When Devin becomes disillusioned about getting their app completed, he throws a fit and also a wrench. He punctures a hole in a false wall that hides a staircase to a secret room. In this secret room hides a periscope which can see the rest of the house. Also in the secret room is a magic mirror that transports people into parallel universes.

At first the group of friends use rule number one to finish up their app. But, as the film continues, we see that each of the friends have their own things to pursue in the other universe. One reappropriates art, another seeks their dead father to try to find closure, one goes over to shag a girl he can’t get in the prime universe and the last goes to steal technology.

The four actors in the film are really great and all turn in wonderful performances for the limited amount of material they are given.

The cinematography in the film is bizarre and waffles between very well shot and crazy. There are shots in the film that use camera movement to try to add energy to the scene – quick swings of the camera was the biggest thing – and it only came off making the film look cheap. I did like the use of the weird angles, colors and odd looks to depict alternative universe characters.

While I enjoy filmmakers using visual elements to promote a theme for the movie, sometimes filmmakers go overboard. Isaac Ezban definitely goes overboard with the use of mirrors in the film – to the point of it feeling like he’s hitting me over the head with a mirror. I get it, the film is about mirror or parallel universes, you do not have to keep shooting through reflections or putting mirrors in each scene to try to sell that idea.

The movie actually moves along quickly and is very entertaining for the first hour or so. Then the script then decides to become way too complicated for its own good. Ideas and subplots that are started in the first hour are left dangling by the end of the film leaving me unsatisfied. Then in the final act it seems the writer (Scott Blaszak) is unable to contain his need to be clever. The film could have ended about five to ten minutes before it actually does, but Blaszak goes and completely disregards the rules that he set up for the film in the opening act and throws in a twist that ruins the film.

I really liked the first hour of this movie, even if the premise of the movie is standard-fare time portal, it did have a lot of energy and momentum to keep me interested. But, the antics in the last act, including a lame unnecessary twist at the end of the film, made me feel cheated because the writer could not restrain themself.

The worst part of the film was writer Blaszak’s seeming need to try to throw in one last twist at the end of the film. Sure, the alt-Leena coming through a mirror in a gas station bathroom could be explained – I figure Blaszak was thinking along the lines of the people in another parallel universe were able to figure out how to transport through other mirrors also. But, that leaves a lot of questions – like how would the alt-Leena know which mirror to transport to? Why hasn’t it happened during the movie, or even during the years between the beginning of the movie and when Leena and crew were up to their antics.

Another rule that was broken was the “don’t interact with yourself” rule. That could be explained away because it was just a rule that the characters created themselves without ever proving that it was necessary. But, when the second Noel showed up, I rolled my eyes. Yes, I had a hint that there were more than one Noels when Devin mentioned that it seemed that Noel was working 24x7. But, this twist in the last act also felt like a cheat and left a bad taste in my mouth.

My disappointment with the film is mainly in the last act. It could have been a much tighter and more enjoyable film had there been some restraint by the writer and director in the last act.