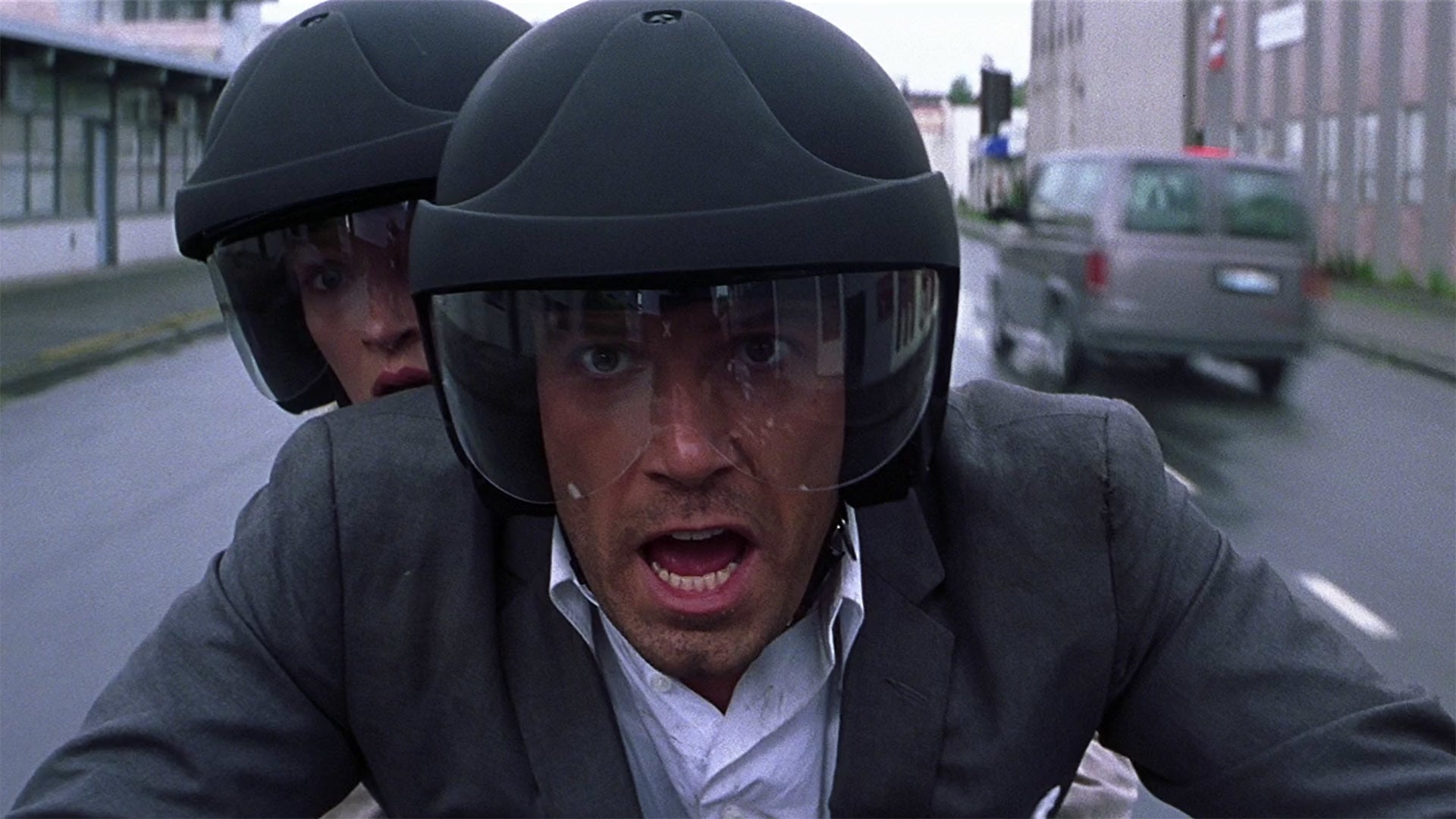 Ben Affleck stars as Jennings, a brilliant hardware, computer and software engineer that can reverse anything. The twist here, being that this movie was inspired by a Philip K. Dick story, is that memories can be wiped. Jennings does reverse engineering for companies who want the technology of their competitors, but in order to ensure that they do not get sued for reverse engineering, they hire Jennings to do the work and then erase his memory of the whole process. It is an interesting idea, though realistically, I’d ask why it’s even necessary. But, hey, a decent premise to kick off the movie.

Jennings is asked by his friend Rethrick (Aaron Eckhart), who is a business mogul, to reverse engineer a technology that has come into his possession from a disgruntled government engineer. Rethrick promises that the paycheck on this job will be enough for Jennings to retire on. Jennings agrees and sets on a two year journey to do the engineering work and then returns without memory of what he did.

Instead of a paycheck, Jennings finds out that he declined payment near the end of the two year stint and the only thing he has is an envelope that he mailed to himself full of knickknacks for which he has no idea what they mean.

After being detained by the FBI and harshly questioned, Jennings escapes and is now being pursued by both the FBI and also some mysterious henchmen.

Along with him is his apparent girlfriend/fiancee/wife, Rachel (Uma Thurman) who works at Rethrick’s company and had a relationship with Jennings during the two years that he was working at the facility.

The problem with Paycheck is that it feels as if there were many pairs of studio hands in the kitchen making changes and trying to steer this movie’s production. This movie feels less like a John Woo movie than it does a bad science fiction movie that just happens to have a few John Woo action sequences edited into it for excitement. Yes, Paycheck has all the John Woo staples like motorcycle chases, gun fights, Mexican standoffs (two!) and of course the dove. But the movie does not feel like a genuine John Woo movie.

The movie gets a nice bump in interestingness after Jennings figures out what kind of machine he reverse engineered. But, this is all squandered on a lackluster and boring script by Dean Georgaris (Lara Croft Tomb Raider: The Cradle of Life and The Meg) which is quite dull and uninteresting for long stretches of time.

Ben Affleck does what he does has to do as an actor in Paycheck. Affleck is a bit bland and unremarkable Jennings. Aaron Eckhart is not convincing as the villain. He makes angry faces and yells and pretends as if he’s a really bad guy – but it never comes off as genuine. The worst performance in Paycheck is Uma Thurman, who I know is a great actor, but seems to have phoned in her performance here. There were some cringeworthy scenes with her in them – the one that comes to mind immediately is the scene where Rachel and Jennings meet for the first time and there is a love-at-first-sight moment that was more comical than serious.

There is a layer of cheese on this movie that makes it feel smaller than it is. It does not help that the general look and feel of Paycheck was cheap and unrefined. Paycheck has the appearance of a movie made on a shoestring budget – some of this can be blamed on the uninspired cinematography by Jeffrey L. Kimball.

The score by John Powell is not very good because it sounds incredibly dated and has not aged well in the 20 years since Paycheck’s theatrical release. Powell is a reliable and good score composer, this was not him at the top of his game – much like everything else in Paycheck, this felt phoned in. 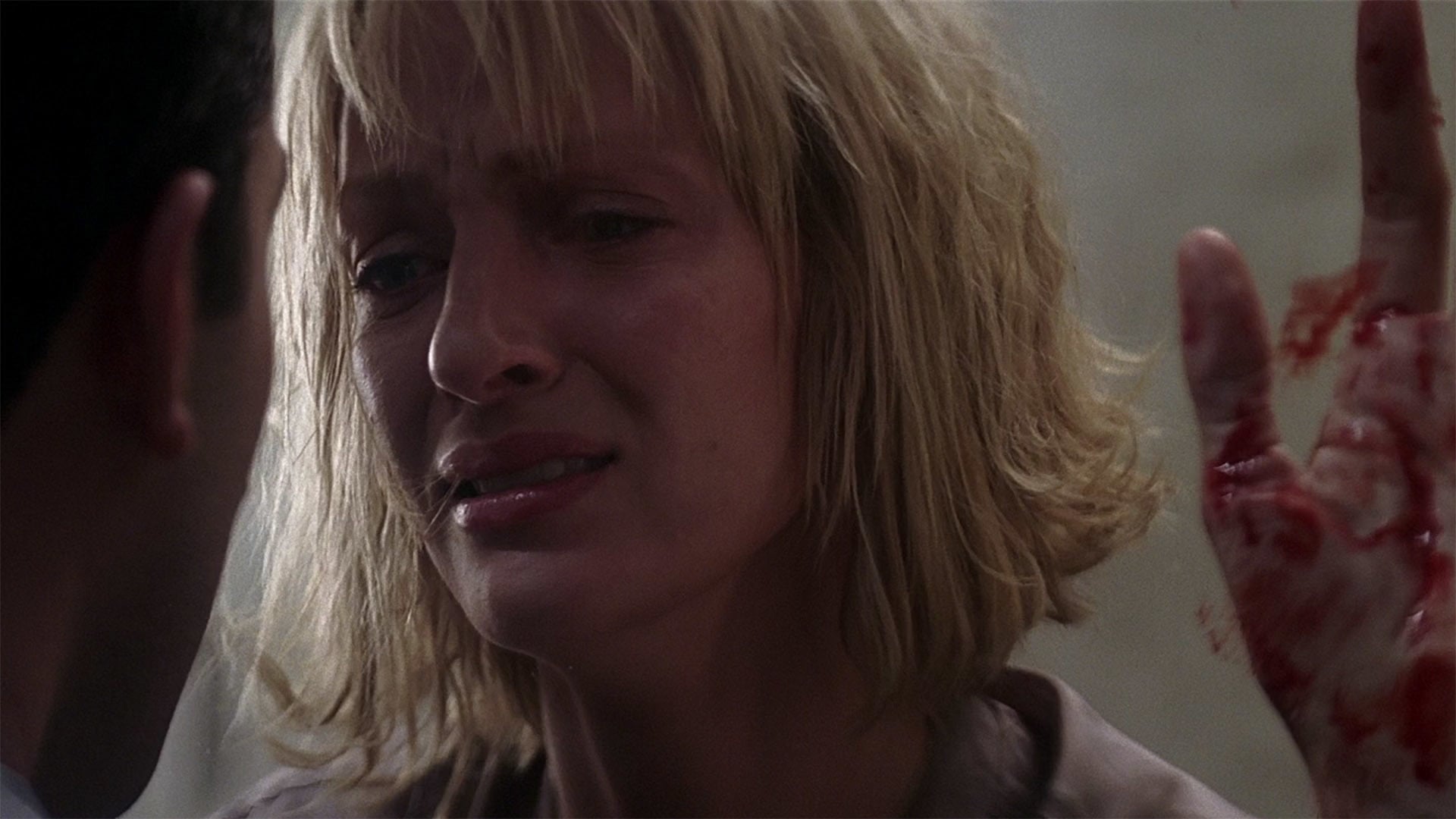 Paycheck actually has a really great science fiction premise about a machine that can predict the future. And it has a conversation starting idea of if we could see what the future would be like, would or could we change it? Unfortunately this premise is grafted onto a John Woo action film. The action side of the movie suffers because the script is unable to reconcile and bring the action movie together with the science fiction movie.

If Paramount had use of the machine in Paycheck to see how the film would turn out, would they have made it anyways?