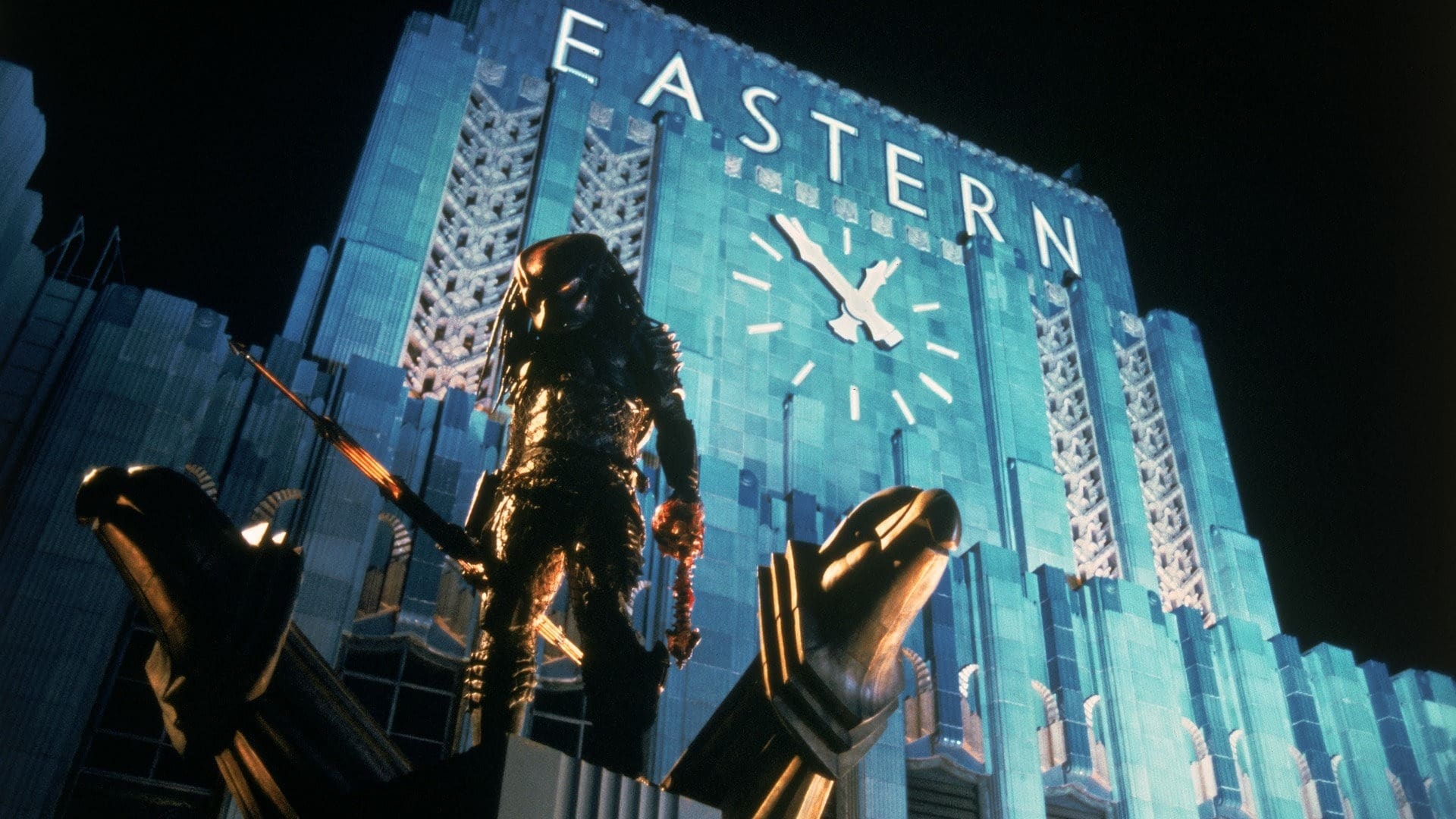 Predator 2 is a fine representation of what a bad 90’s action flick was like. It is a movie filled with ill fitting suits, angry loud police captains, terrible dialogue, hilariously gun handling, rampant and excessive testosterone driven machismo and cop cars with trunks full of assorted weapons.

Roger “I’m too old for this shit” Murtaugh finds himself being hunted by a Yautja (the name of the Predator species) in Predator 2. Well, if one didn’t know better, they could have mistaken Danny Glover playing Roger Murtaugh from Lethal Weapon in Predator 2, but he’s actually playing police Lieutenant Mike Harrigan in the LA of 1997, as envisioned by a group of people from 1990.

The near apocalyptic 1997 imagined is hilarious and over-the-top. Global warming has become a reality, causing everyone to constantly be sweaty. Things have gotten so bad that armed gangs rule the streets and normal citizens are all armed and ready to pull out their guns in any hostile situation. The LAPD is overwhelmed and cannot bring crime down. All buildings are covered in graffiti, including the LAPD station that Harrigan works out of.

This vision of 1997 is not timeless at all, it is played up for satire, but feels ripped off from Robocop. Looking at how Ridley Scott and team envisioned the LA of 2019 from 1982 was a timeless vision that is both beautiful and haunting.

Bill Paxton is playing the same loud mouth characters he played in Aliens and eventually True Lies. Paxton’s Lambert seems to be a template that he uses for Simon in True Lies four years later, but without the pissing-in-his pants coward persona grafted on. In lieu of Arnie’s one-liners in the original Predator, Paxton is unfortunately saddled with being the unfunny jester of Predator 2.

The cheap over-the-top TV segments that beat us over the head with information are horrible. These feel like something else that Predator 2 lifts directly from Robocop. The TV news segments here also try to be satirical like Robocop, but fail at getting the satire correct.

The biggest flaw of Predator 2 was that the humans aren’t forced to use their ingenuity and creativity to beat the more advanced Predator. Humans in this movie use sheer brute force to beat the Predator and that reduces the stakes of the movie, robbing the movie of any tension, suspense or thrill. It leaves the Predator looking weaker than it should have been – especially given how powerful the Predator was in the original movie. We could have swapped in a human with armor and bigger guns for the Predator and it would not have changed this movie any.

It does not help that the action sequences are choppy, badly edited and unwatchable. Late in the movie, there is an action sequence in a subway train. The epilepsy inducing strobe lighting for this train sequence made all the action incomprehensible. There were flashes of images of violence and death, but none of it put together in anyway to make it understandable. I don’t even understand why the Predator wanted to be on the train. I get that it is hunting those with guns or those that seem like hunters. But his randomly picking a train makes no sense.

The one gem of the movie was Alan Silvestri’s score which continues to be timeless and unforgettable.

The one thing I learned about Yautja was that they do love themselves a juicy ribeye steak every two days.

I remember seeing Predator 2 in the theaters when it was released and being somewhat confused by what was happening in the movie. At the time, I thought the Predator was still cool, so I wasn’t too critical of the movie. Watching it now, some 32 years later, I have come to realize just how bad this movie is – especially now that we have a decent sequel (2010’s Predators) and an excellent sequel (2022’s Prey) to compare Predator 2 against. I do not recommend Predator 2, it is even worse than 2018’s The Predator. 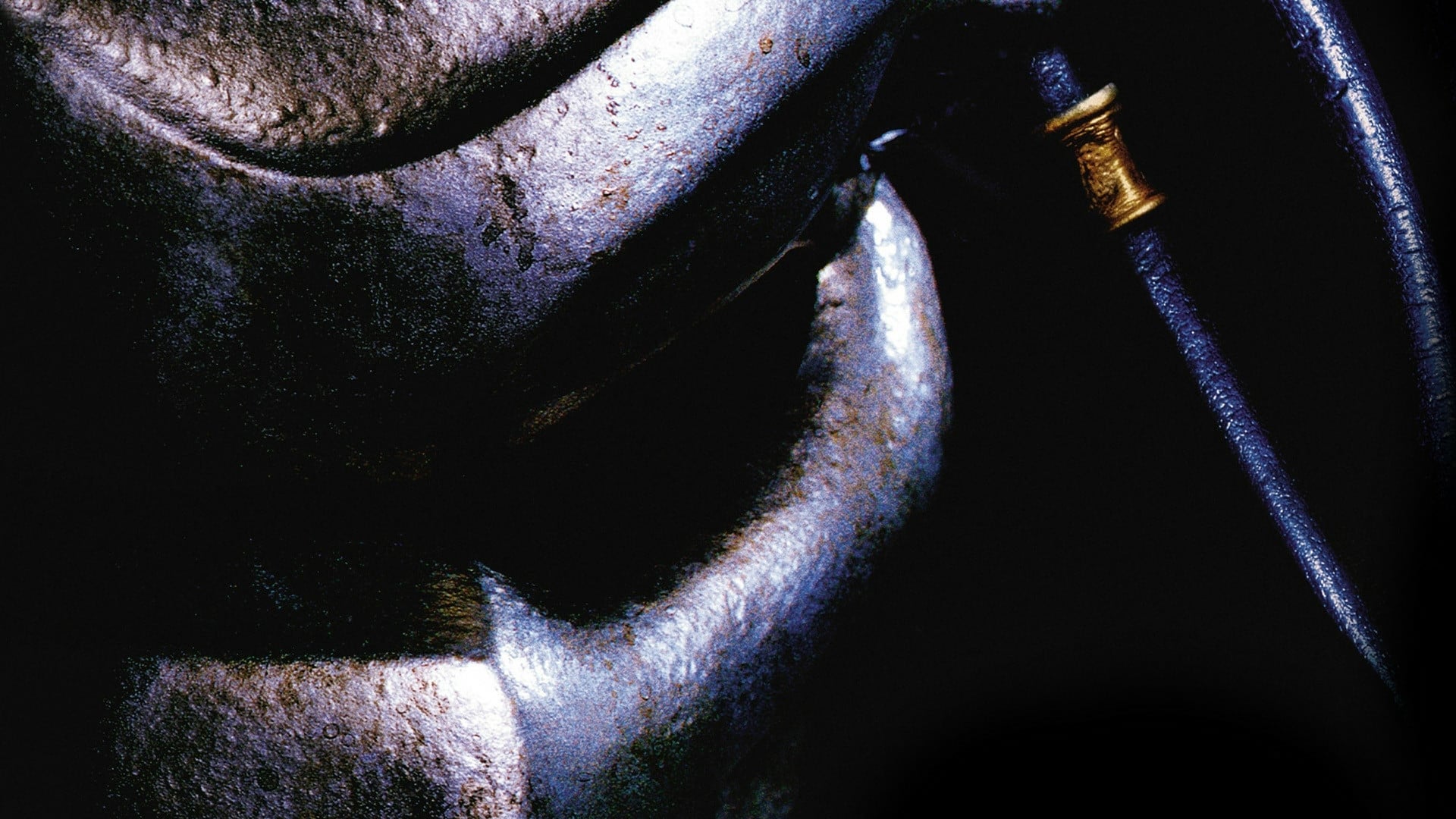 “The lions, the tigers, the bears. Oh my.” Classic line.

The Xenomorph skull was cool, though we can all blame this one moment in Predator 2 for planting that seed that caused the making of Alien vs. Predator and its sequel.