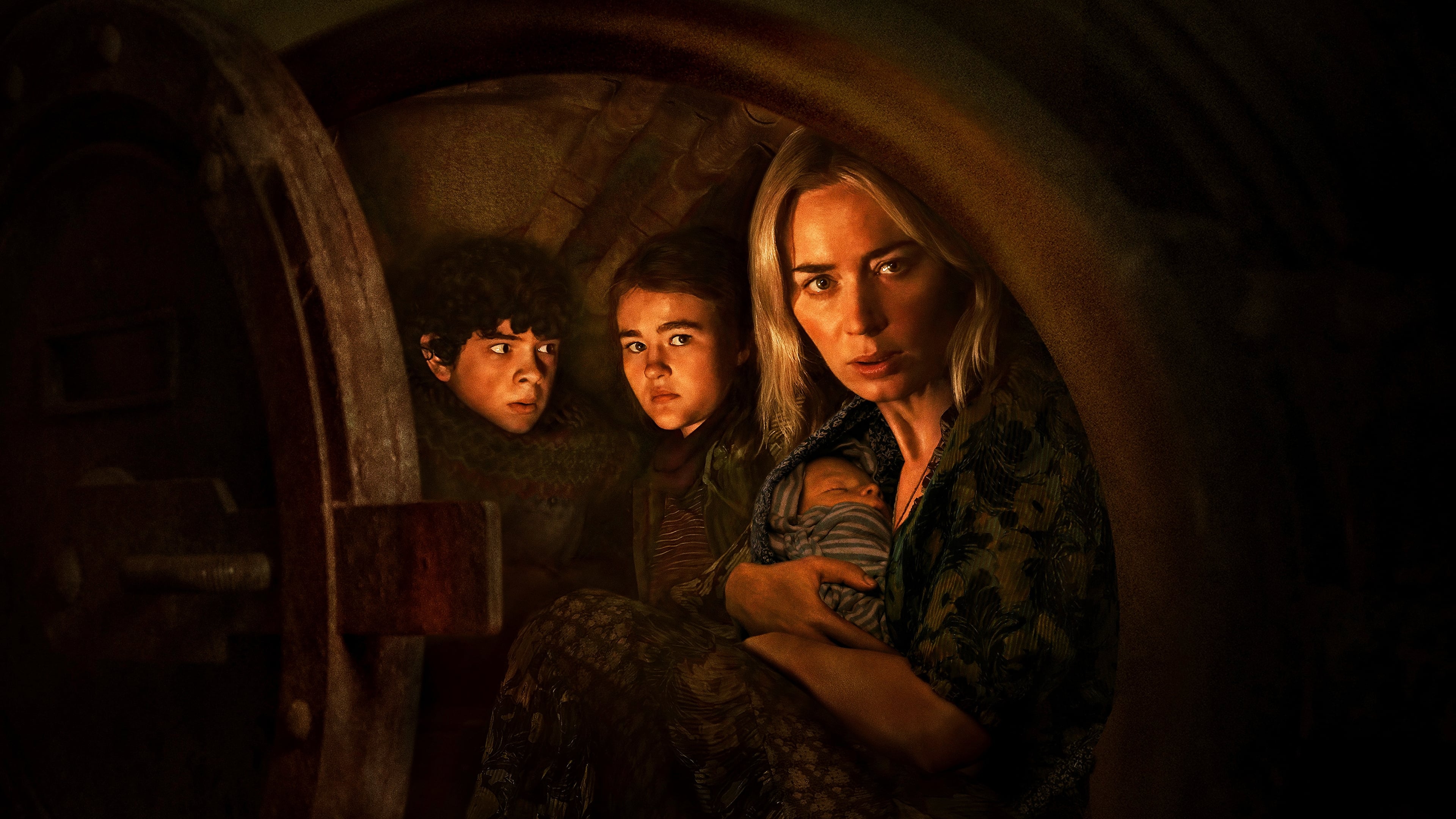 A Quiet Place Part II is one of those special sequels that is better than their original.

A Quiet Place Part II opens with a long well done sequence that shows us “Day 1” when the aliens arrived. In my notes for the first film, I wrote, “I liked that they left the alien invasion vague without many details.” This was important for the first film, but in a sequel, it was both awesome and necessary to see – at least partially – what happened on the first day.

The whole opening sequence was tense and a technical showcase. I was left wondering how the filmmakers were able to achieve the tracking shots with people walking in front of windows because the shots are done with the camera tracking a person from the side, walking in front and parallel to windows. The camera is not visible in the reflections at all. It is a small kind of technical feat that goes unnoticed, but is very special and I want to know how they did it.

After this scene, the movie moves back to exactly where the first film ended. Evelyn Abbott (Emily Blunt) and her three kids leave their house in search for other humans at nearby farms. She has a strong willed and brave daughter, Regan (Millicent Simmonds); a not so brave son, Marcus (Noah Jupe) and a newborn baby. Together they set out to find humanity in a sea of violent aliens that have a heightened sense of hearing. They eventually run into Emmett (Cillian Murphy) who is a man that has lost all hope in life and in humanity.

As someone who watches a lot of movies and has a deep interest in the technical aspects of filmmaking, I found A Quiet Place Part II to be a technical powerhouse. The opening scene was one example. There was also the subtle switching of the sound POV from hearing characters to the deaf Regan in order to heighten the tension in scenes.

There is a high level of craftsmanship shown by Krasinski and his crew – not just with the technical aspects, but also with the artistic aspects also. The movie looks and sound fantastic – and given how the aliens are all about sound, that means that a lot of the movie is quiet with sharp sudden bursts of noise.

A Quiet Place Part II surprised me because it is quite moving and emotional. And while the characters spend a lot of time quietly whispering or signing – Krasinski’s script, along with the great performances by everyone on screen, is able to add emotional impact throughout the film.

Millicent Simmonds is absolutely fantastic in this film. She is the reason to see A Quiet Place Part II. Cillian Murphy is, like usual, excellent in the film also. And because the two of them have so much screen time together, they are the backbone of the movie.

A Quiet Place Part II is a highly engrossing film that outdoes its predecessor. I highly recommend this film.

I am very happy that Paramount+ is streaming films after a shortened theatrical window. Films will stream on Paramount+ between 30 to 45 days after their theatrical releases. I find this model quite acceptable, it isn’t on par with HBO Max’s day-and-date theatrical and streaming releases, but given the cost difference between the services, I think Paramount+ has found the right balance. It is also much better than the Disney+ model for their larger films, which one can stream day-and-date with the theatrical release for $29 or wait six months for it to show up on Disney+ for free. Paramount+ has found a good middle ground.