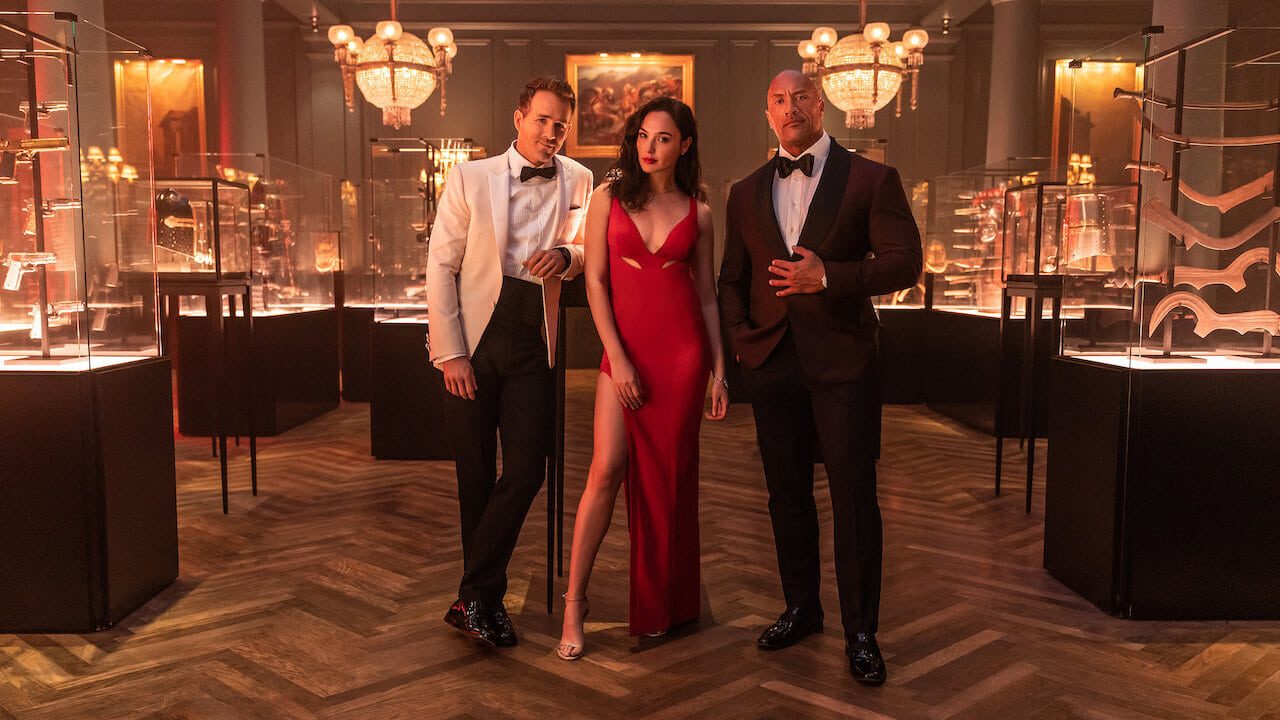 Watching any Netflix Original movie is a gamble because Netflix tends to create a lot of content and sees what sticks. Will I get something terrible like 6 Underground? Or will it be something mediocre like the majority of Netflix Originals like Kate, Stowaway or Project Power? Or will it be a good movie like The Old Guard, I Am Mother or Army of the Dead?

In the world of Red Notice, there were three jeweled eggs created for Cleopatra. Only two have been found and seen, the third is missing. A rich Egyptian family is seeking the eggs for their daughter’s wedding and have put out a bounty for them. Nolan Booth (Ryan Reynolds) is a thief that likes to get caught and then escape, he gets his hands on the first egg but is caught by Agent John Hartley (Dwayne Johnson) of some American Lettered-Agency working with Interpol Inspector Urvashi Das (Ritu Arya). Also hot on the eggs' trail is The Bishop (Gal Gadot). Hartley is framed for stealing the first egg and is taken to a Black Site where he is forced to team up with Booth to seek out the other eggs in order to clear his name (how that would clear his name, I have no idea).

Ryan Reynolds is playing Ryan Reynolds again. He has been doing this shtick for years and the last time that I remember him not playing Ryan Reynolds was in the 2017 movie Life. I am okay with him doing this, but I think it may get old with people soon. Dwayne Johnson is starting to be like Ryan Reynolds. He is essentially playing a version of his characters from the Jumanji and Fast and Furious franchises in Red Notice. He even goes into the jungle and it felt like I was watching a Jumanji sequel.

At its heart, Red Notice is a buddy film and as such, it works because Reynolds and Johnson play off each other well – Reynolds as the annoying sarcastic guy who can’t stop talking and Johnson as the grumpy serious dude who can’t take the constant blathering. It’s not an original take on the buddy film format as this kind of partnership has been done so many times before, but the two make it work.

The Bishop is played by Gal Gadot as a fun-loving and bubbly thief who likes to sing and prance around with a big warm smile. I am not sure if it was Gadot’s plan to play the character in this way because it is in conflict with how the character acts: A total scary sociopath. It mostly works in the movie by making the character quite a bit scarier.

I do wish they had given the character Das more to do than just show up at the right place at the right time. The character was stubbornly persistent (a good thing) and she could have been used better.

The computer graphics in the movie and some of the special effects felt incredibly low budget. The car chase near the end of the movie was particularly cringy and felt like something out of a late-90’s movie. The bull sequence was also quite bad.

As an action film, the action in the movie was particularly pedestrian and a bit boring. The fight sequence between The Bishop, Booth and Hartley was done with so many cuts, it was hard to follow at times – yet it felt stilted at the same time. The best action sequence is the opening one in the museum, I really enjoyed that one. It was a bit downhill from there.

Red Notice is a forgettable, bland and rather generic action flick. If it were not for the three highly recognizable stars attached to the movie, it would have been a much worse film – and one without much steam after the first day of streaming. Reynolds, Johnson and Gadot lift Red Notice from bad to merely meh. If you’re a fan of Reynold’s shtick, a better way to spend your time is to see Free Guy instead. 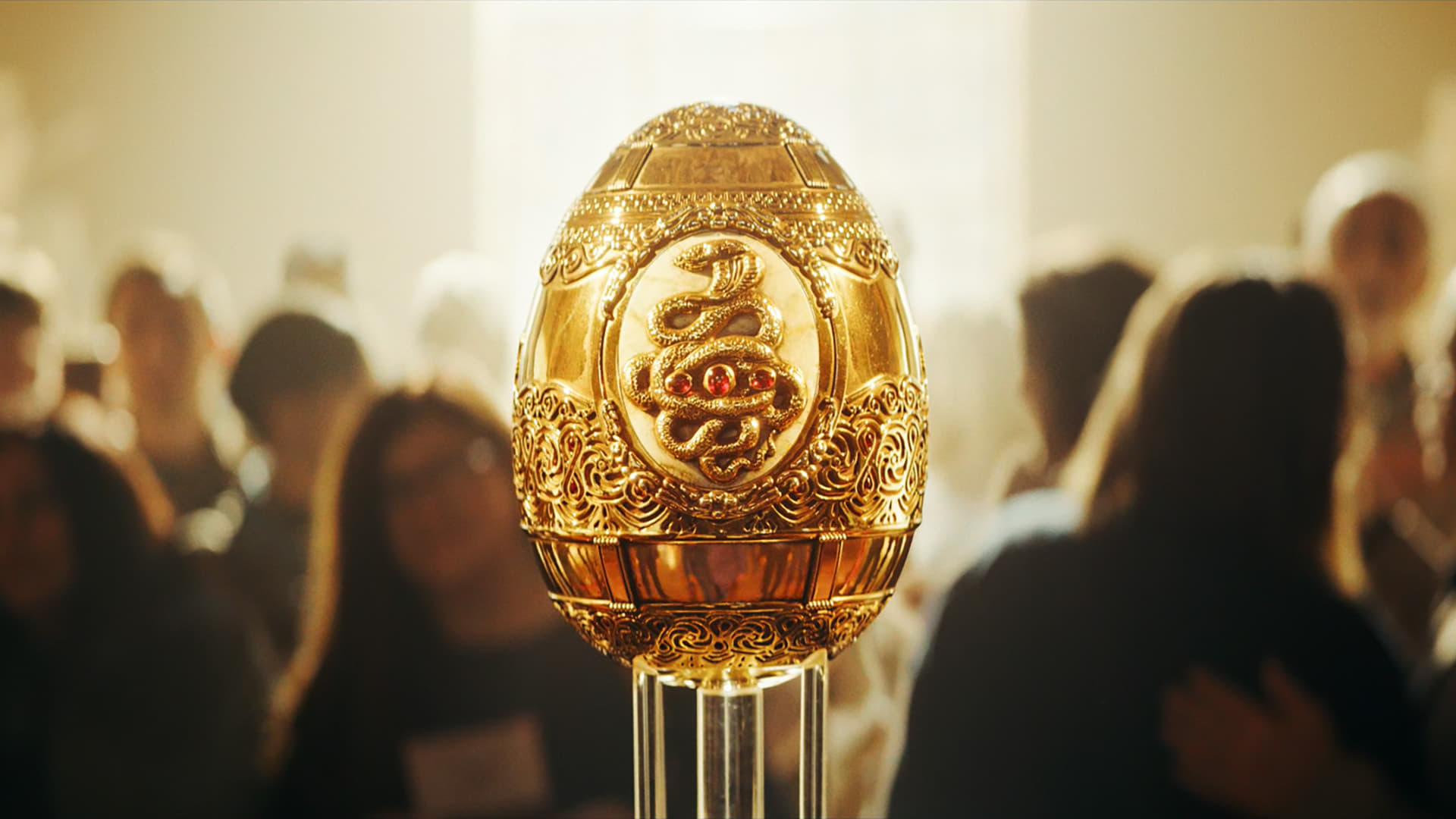 I will give the writer/director Rawson Marshall Thurber credit for a twist well done with Hartley and The Bishop working together. It was an earned twist and it got me.

The Ed Sheeran cameo was hilarious.

The ending of Red Notice sets up a sequel and this is disingenuous. Making this an origin story for what I am guessing is a Netflix streaming franchise feels cheesy. I had the same feeling when The Old Guard set itself up for a sequel at the end of that movie.