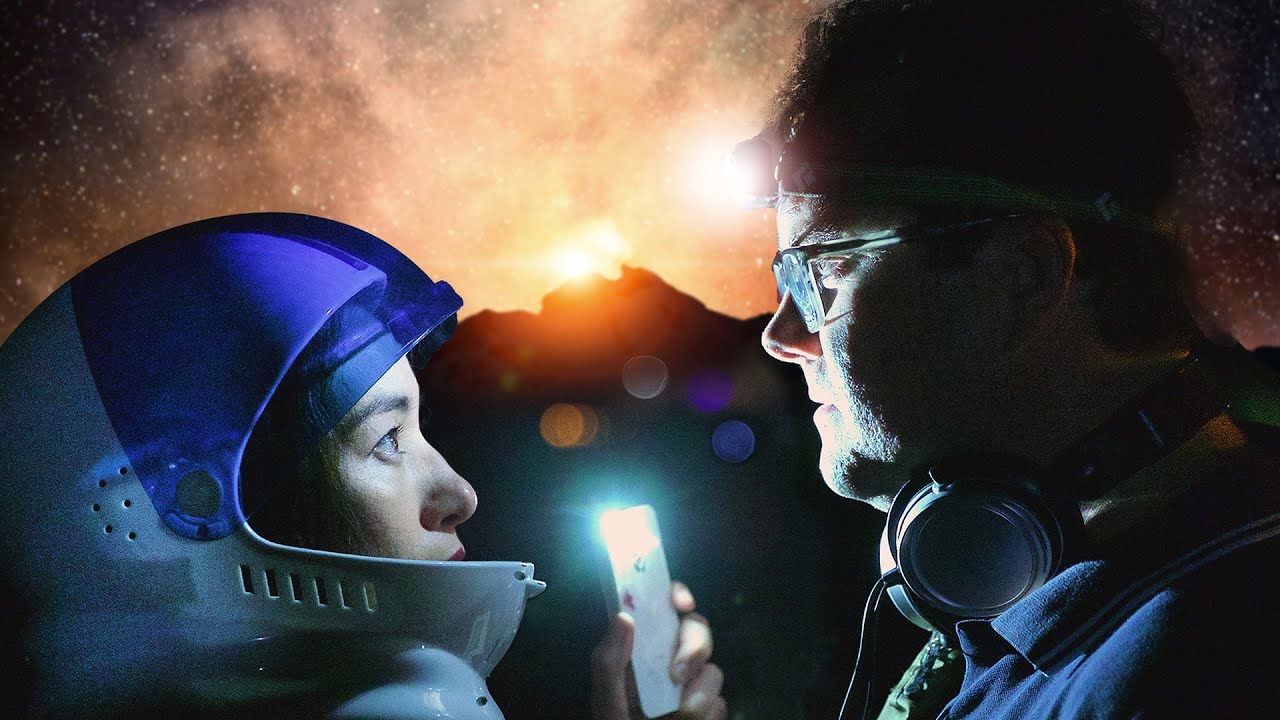 What happens when someone has hit bottom, only to discover that wasn’t the bottom? How does that person escape from the pains of this world? Red Rover is an introspective film that explores this, but it never loses its sense of hope, wonder and fun.

Damon (Kristian Bruun), we discover early on, is at the cusp of what he thinks is the bottom of his life. He lives in the basement of a house that he co-owns with his ex-girlfriend Beatrice (Meghan Heffern). Beatrice has since found a new love in her life, an Aussie named Mark (Morgan David Jones). Damon is a geologist working for a small firm and works for a totally terrible boss, Brad (Joshua Peace). While searching on the beach with his metal detector, Damon meets an upbeat musician dressed in a spacesuit, Phoebe (Cara Gee) who buoys Damon’s spirits by taking him out of his comfort zones and opening his life to exciting new things.

All the while, Damon explores going to Mars as part of the Red Rover project.

The performances throughout the film were great. Heffern is great as the ex who still cares, but wants her own space. Jones is easy to hate as Beatrice’s new mooch of a boyfriend. And oh my, Joshua Peace gets extra kudos playing Brad as an extra slimy, silver-tongued terrible boss.

It has to be said that Red Rover works because of Bruun and Gee. Bruun plays his role perfectly as a man who is suffering as life continues to pound him with difficulties. Bruun’s performance makes us invested in his character’s discovery of why his character wants a way to escape from his world of hurt and struggles. Gee has a charisma and energy about her that made the upbeat and positive qualities of her character believable onscreen. Along the same lines, she is also very believable when things change and her attitude shifts a bit from the bubbly attitude that she shares with Bruun throughout most of the film. Kudos to Gee.

The music in the film was great and fit in perfectly with the cinematography that was extraordinarily well done.

I really enjoyed Red Rover, it is a film that finds its protagonist swimming in an ocean of hopelessness, but the film never lets him get lost. There is a great balance of hopelessness and hope in the script and it translates well to the screen.

I am not sure why the writers introduced or put so much emphasis on the Maya (Anna Hopkins) character near the end of the film. It felt like the writers had intended the film to end a different way – a way that I thought would have been more realistic.

In the middle of the film, Phoebe discovers that Damon could still have feelings for Beatrice when she discovers a picture of Damon and Beatrice on his desk. This leads Phoebe to complete and also submit Damon’s entry for the Red Rover program without his knowledge – and eventually, to his surprise, getting him entered in the program. At this point Phoebe disappears from the film and we’re left to believe that she has embarked on her musical tour to promote her new CD.

When he goes to the initial onsite interview, he runs into Maya, a botanist that is also looking to get into the Red Rover program. They seem to hit it off and develop some chemistry. Eventually, Damon and Maya are picked and they meet at a train station ready to head out to start the Red Rover program. As this scene plays out, we see that Damon has thoughts about space and of Phoebe.

I would have loved the film to end right there.

The ending that we get in the film finds Damon going down the typical boy-goes-after-girl type ending, it did not feel right for me. Maybe the writers were trying to say that Damon had finally arrived at the fact that his world didn’t go away and that there was more to live for on Earth – and that he only came to this conclusion because of Phoebe. But, it did not feel genuine to me. The open ended ending would have been more daring and left the audience to think about the film – leave the audience wondering if Damon picked Mars or if he chose to stay and pursue Phoebe.