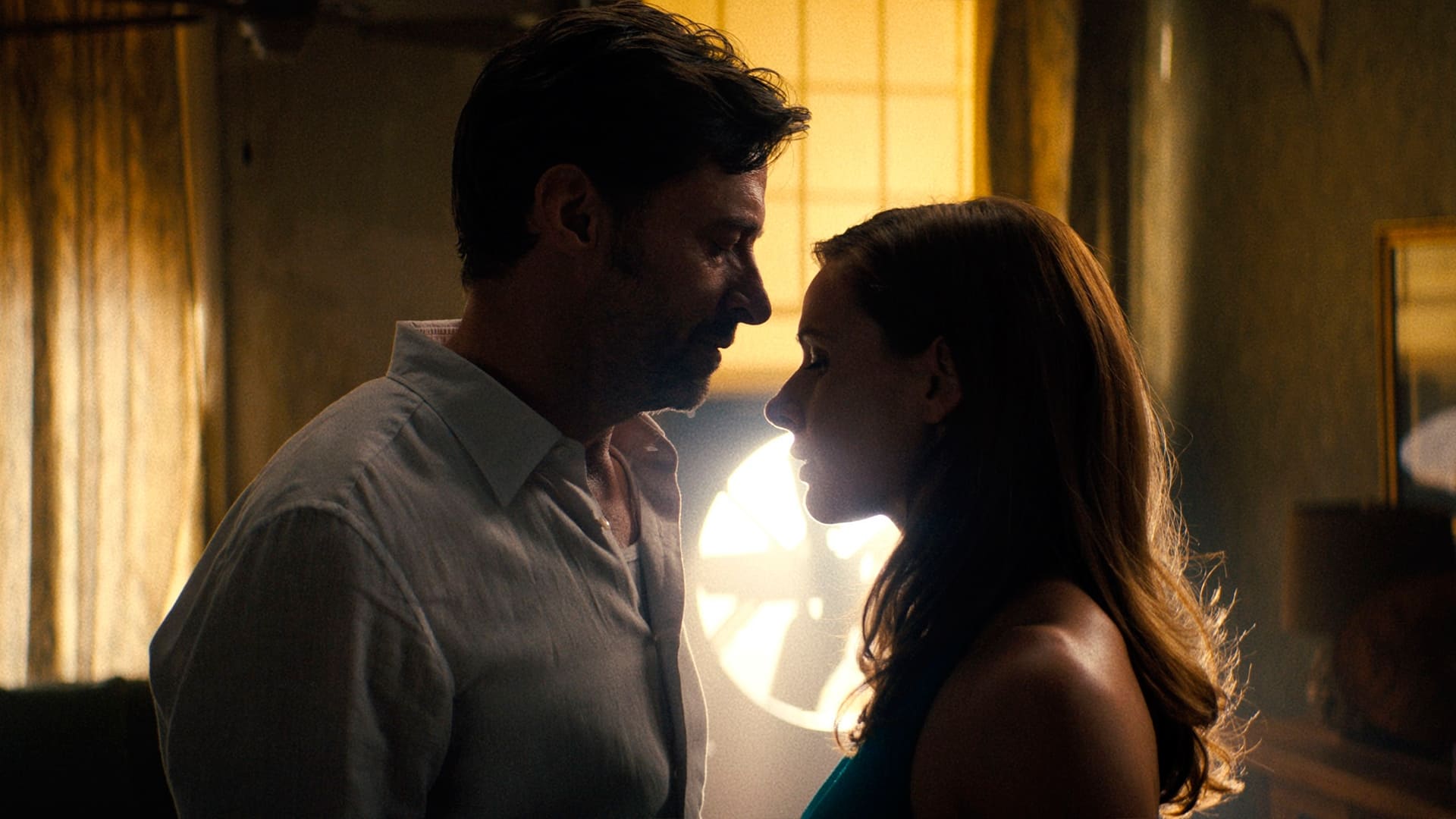 The past ain’t nothing but a prison.

Some time in the near future, global warming has flooded coastal cities like Miami. In the flooded city of Miami lives a private investigator, Nick Bannister (Hugh Jackman) whose specialty is being able to walk people through their memories. To do this, he and his partner, Watts (Thandiwe Newton) use a machine that looks a lot like the water bath machines from A.I. to tap into memories. Nick’s main job is to help clients revisit their past as a recreational service. But, he also helps the Miami police department with criminal investigations as an interrogator of the mind. One day a new client, Mae (Rebecca Ferguson) strolls into the office and asks Nick to help her find some lost keys. This encounter leads Nick down a road of obsession when she disappears all of the sudden.

I will get this out of the way first: Reminiscence is a beautifully shot movie with gorgeously realized visuals. This movie is stunning with the imagery that it presents onscreen and reminds me of the meticulous visuals of Blade Runner 2049.

Unfortunately, outside of how the film looks, there’s not much else that is above mediocrity. Underneath the sheen and luster is a fairly unremarkable story and a tired boring recycled plot. Take away the images of flooded Miami, the neon lights of life at night and the subtle touches of a future which could come to fruition soon and we are left with a story that is flat and without much life. The mystery that the film aspires too never amounts to much of a mystery.

The coastal flooded cities was a neat idea, but added nothing to the actual story. The imagery is overused and left me with too many questions that were unrelated to the actual plot of the movie.

Layered on top of the mediocrity of the plot is a script that left me wondering, “Do people really talk like this?” The dialogue in the film aims to be poetic, but ends up sounding pretentious.

And unfortunately, there is a whole roster of A-list movie stars that are too good for the material provided. Thandiwe Newton is fantastic as Watts, a world weary alcoholic ex-military partner to Hugh Jackman’s Nick. She’s a much better actor than what she is given in this film. Hugh Jackman is also given a thankless part. Regrettably, Rebecca Ferguson doesn’t have enough to carry her part.

The movie’s pacing was another issue. It drags and drags without much to keep the attention of the audience. The love story that is supposed to be the center piece of the film falls flat because there is a lack of chemistry between Jackman and Ferguson.

I am not sure if it was intentional on writer/director Lisa Joy’s part, but there were some slick John Woo references in the film. The first shootout in the film was John Woo Lite, complete with a character dual-wielding handguns. Then later on in the film a character even talks about doves and releases a bird to fly away in John Woo fashion.

Reminiscence is a semi-clever film that ultimately is unremarkable. I watched it for free on HBO Max, I would not recommend Reminiscence otherwise.

“No such thing as a happy ending. All endings are sad especially if the story was happy.”