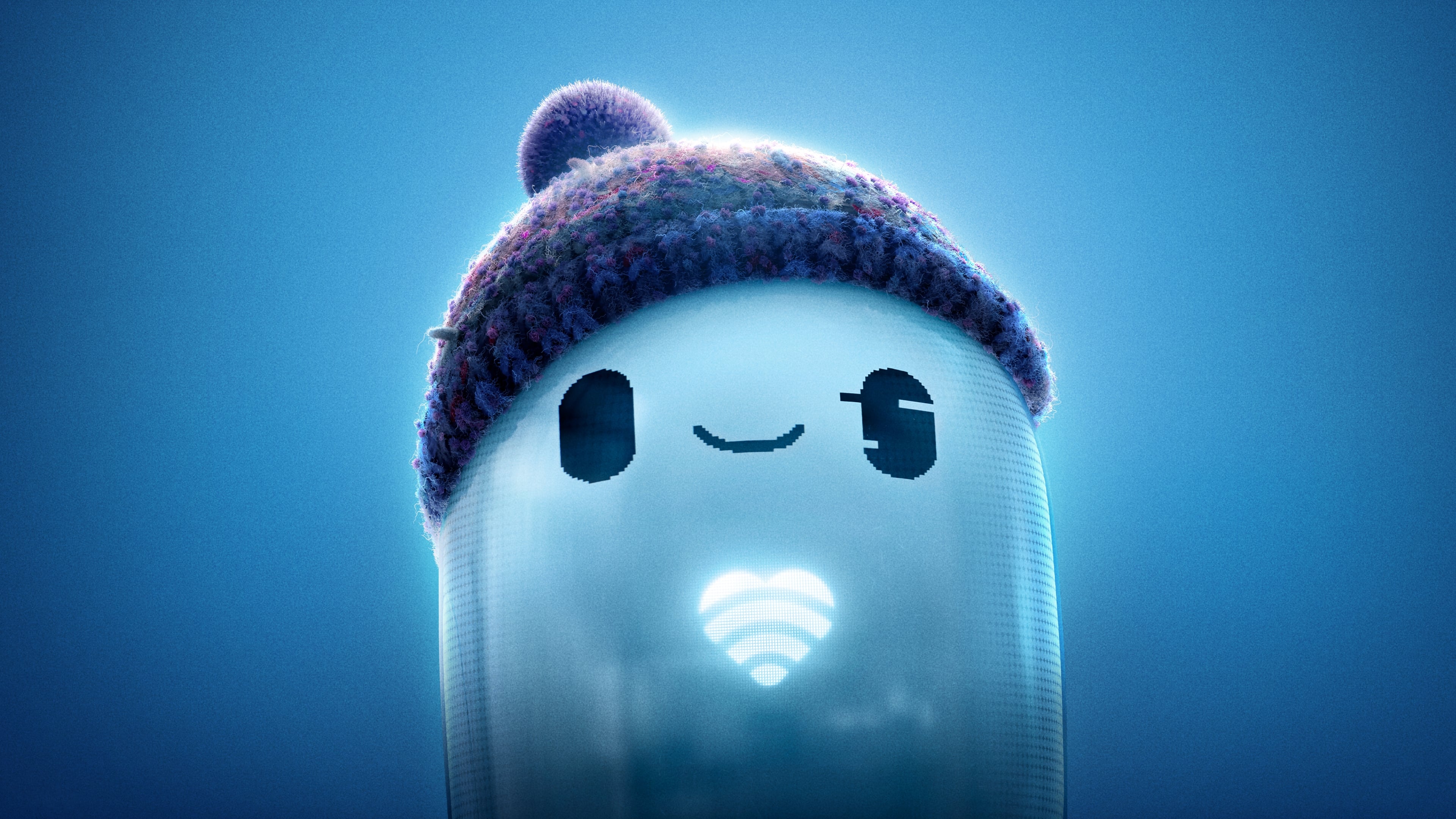 If Ron’s Gone Wrong weren’t an animated and quite hilarious movie, its core story could be the basis for quite a horrific movie about the dangers of technology and social networks.

In the future, a tech giant named Bubble releases a robot designed by CEO Marc Weidell (Justice Smith). The B-bot, as it is named, is designed to be an all encompassing device which includes the functionality of a mobile phone, social network, vehicle and friend for children. The B-bot is a hit and all kids have one, it’s the way that kids determine who to be friends with and how they interact with each other. Well, all kids except for Barney (Jack Dylan Grazer). Without a B-bot, Barney feels (and is) left out.

On his birthday, he desparately wants a B-bot from his aloof and caring father Graham (Ed Helms) and his grandmother Donka (Olivia Colman). They scramble to try to get him one and eventually do, though the one they get is not all working correctly. The B-bot that Barney gets is named Ron (Zach Galifianakis) and together, the two learn what friendship really is.

Zach Galifianakis, whose voice is almost unrecognizable because his voice is changed to sound like a robot, is perfect as Ron. Olivia Colman is great as Donka and makes her endearing.

Ron’s Gone Wrong is a very well done cautionary tale about technology taking over our lives – both in respects to how it drives who we choose to be friends with and also how we interact with them. There is also commentary in the film about the dark aspects of social media and what it does to the mental health of children. None of this is heavy-handed and the movie itself is fun and funny. I did appreciate that the movie did have some deeper themes.