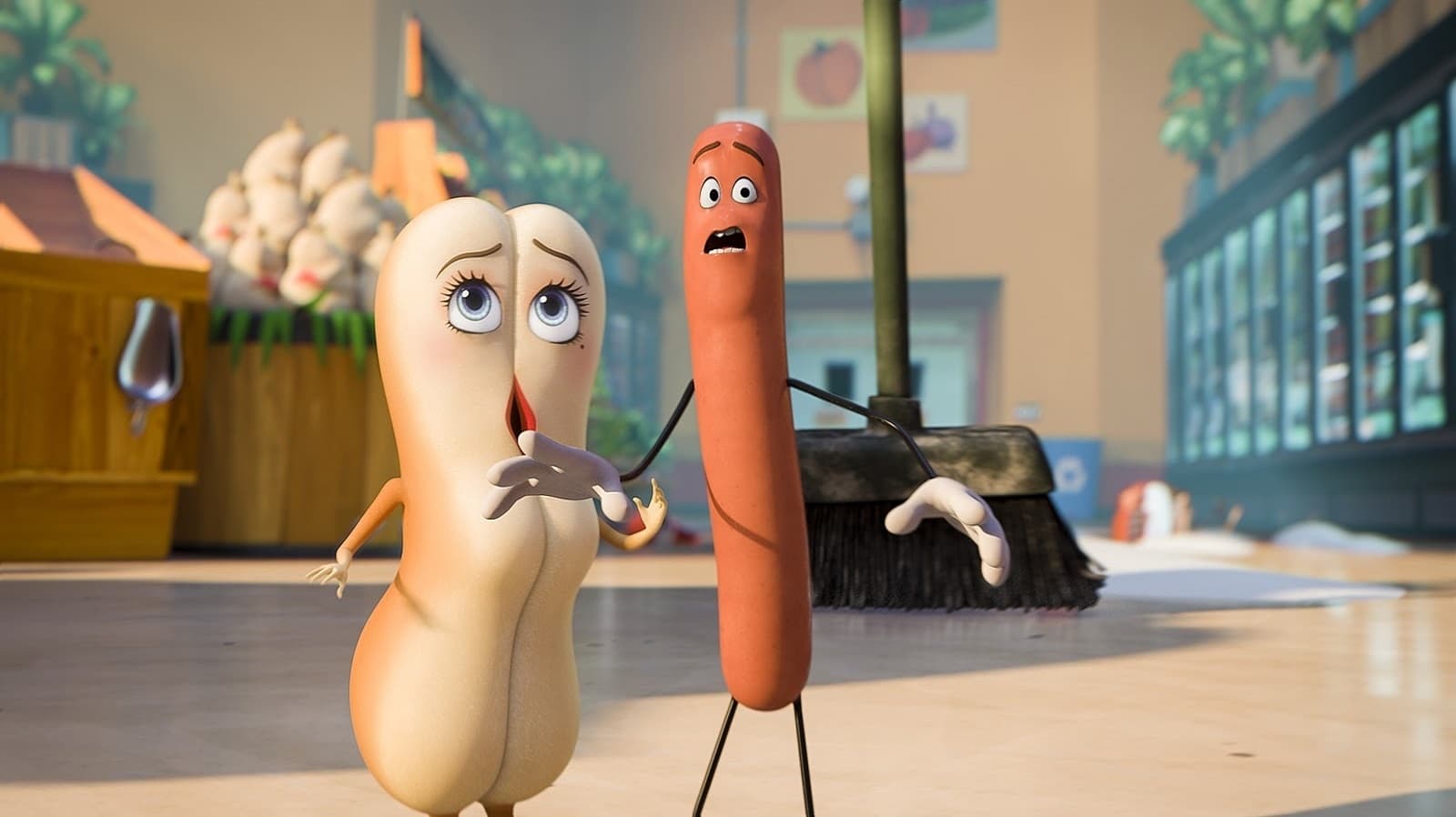 What would happen if adults got their own animated movie in the style of a Pixar film, but vulgar is as hell while all the while taking an existential look on life and religion? Well, we’d get the hilarious film Sausage Party.

Lets just get this out of the way: Sausage Party is NOT a kids film. Not by a long shot.

Sausage Party follows some food in a super-market that gets “lost” after a shopping accident. Food is alive in the film, each with their own personality and they look forward to the day that they are taken out of the super-market to the home of their gods. They are under the wrong impression that leaving the super-market is going to a heavenly place, little do they know what awaits them when they get to a human’s house. The movie’s two main characters are a hotdog named Frank (Seth Rogan) and hotdog bun named Brenda (Kristen Wiig). On their journey they discover what happens to food when it leaves the store.

There were quite a few laugh out loud moments in the film. Salma Hayek was hilarious as Teresa the soft taco shell and she had one moment of total vulgarity in Spanish that made me blush. The opening song was written by Alan Menken, I did not know this and was completely surprised when I saw his named credited for the song. Menken is best known for his work on Disney animated films like The Little Mermaid, Aladdin and Beauty and the Beast.

Would I recommend Sausage Party? Yea, it’s entertaining during its run time. It is not something I would watch again, but it was fun.

The food in the super-market know that they are food stuff, but eventually are horrified that humans eat them?