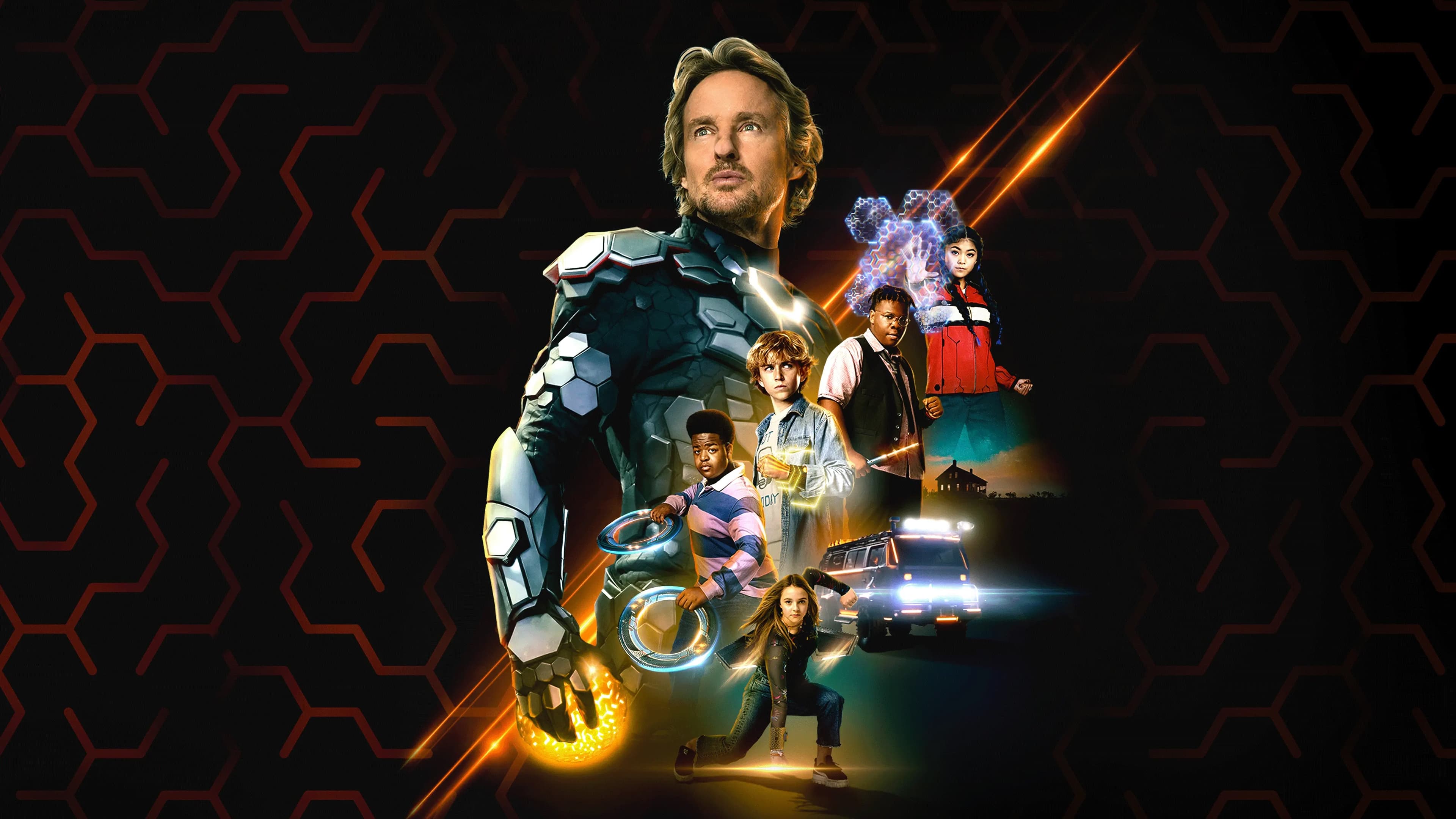 I wasn’t sure what to make of a movie with such a pedestrian title as Secret Headquarters.

Secret Headquarters revolves around Charlie (Walker Scobell) and his life with his divorced parents. His mom (Jessie Mueller) is reliable, his dad (Owen Wilson) is not. Instead of looking up to his dad, Charlie idolizes The Guard who is a superhero that flies around in a third-rate Iron Man-like suit. When Charlie’s dad has to go on an emergency business trip, Charlie has a few friends over to hangout at his dad’s house. They all discover the secret headquarters of The Guard underneath Charlie’s dad’s house.

The antagonist of the movie is Argon (Michael Peña) who heads a weapons development company that is having its lunch eaten by The Guard. Since The Guard is flying around the world taking care of conflicts, there is less need for Argon’s weapons. Argon enlists a dishonored military man, Irons (Jesse Williams) to find The Guard and get the technology that powers The Guard.

Walker Scobell, who was fantastic in The Adam Project, is good here. He really is a kid version of Ryan Reynolds. Owen Wilson is Owen Wilson. The rest of the cast is fine also, there’s nothing standout about the performances.

Michael Peña is usually super reliable as a funny guy. But he is completely miscast in the role of Argon. The script does not make it easy for Peña either because the screenwriters couldn’t figure out a balance for the character. Is Argon a funny guy, a sort of jester? Or is he an evil psychopath who is willing to put kids in harms way and have people killed if they serve no purpose anymore? The script tries to mix those two personalities and it fails miserably – it’s not Peña’s fault as he tries to apply as much of his charisma as possible.

The movie has some good laughs throughout – and some of them are very funny. Some attempts fall flat though – what comes immediate to mind is Charlie’s nervous burping which ended up being rather odd every time it happened.

I question Secret Headquarters as a movie aimed at young adults which features adults shooting maliciously at kids. Kids are constantly in danger and even taken hostage by bad men. I don’t think the filmmakers knew who the target audience was for this movie. This uncertainty does not help the movie.

Secret Headquarters is mediocre and not memorable. It is not a bad movie since it was entertaining enough while I was watching and I enjoyed my time with it. But, it is not special or standout either.

INXS is making a come back!