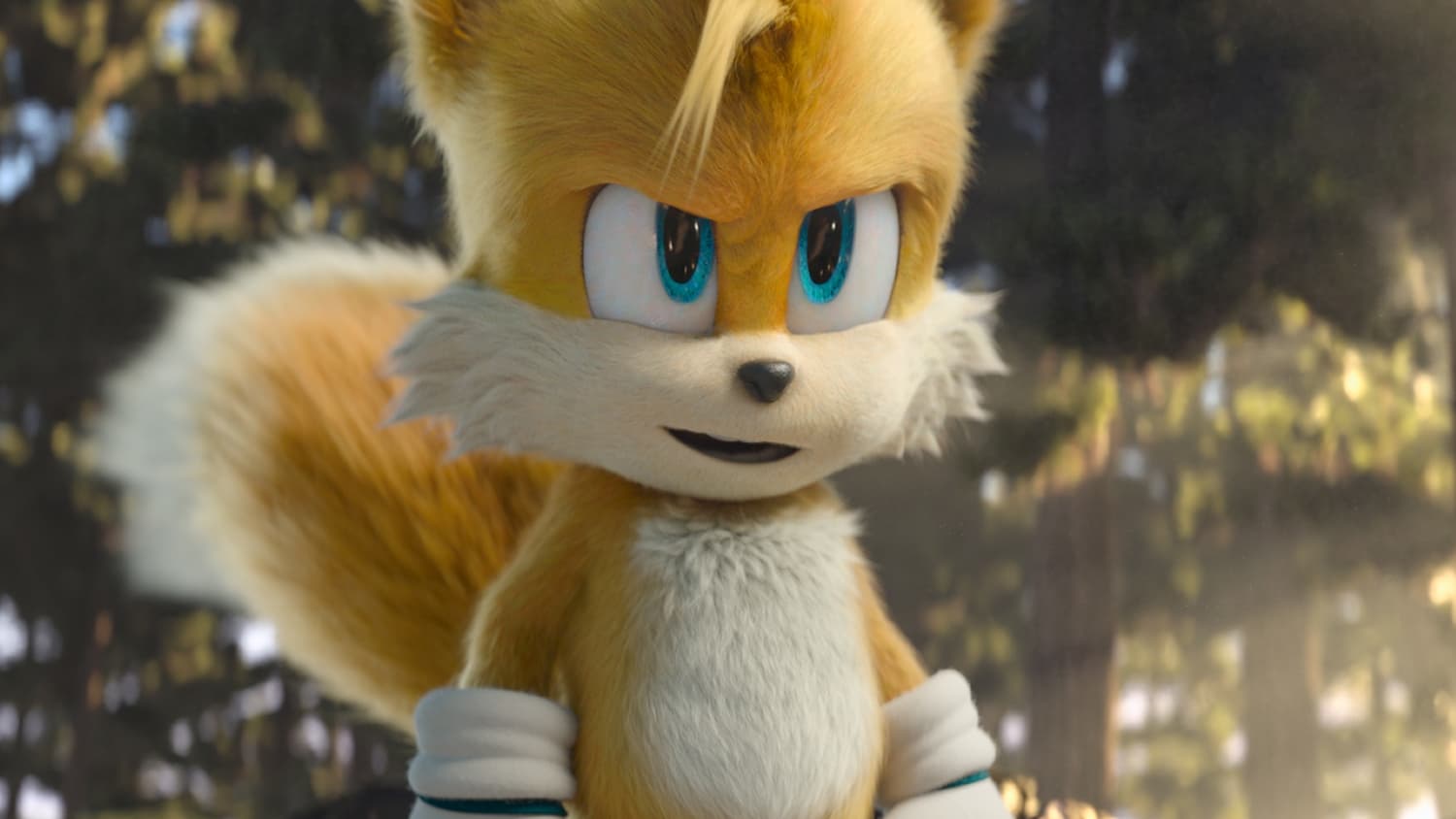 The first Sonic the Hedgehog movie was fun and entertaining while it lasted, but it was not memorable. So, given that, did we really need a sequel? Someone at Paramount thought so.

Dr. Robotnik (Jim Carrey) finds a way to return back to Earth after the happenings of the first film. He is hell bent on exacting revenge on Sonic the Hedgehog (Ben Schwartz) – and Robotnik brings along a friend to help, Knuckles (Idris Elba). Sonic and his family, Tom (James Marsden) and Maddie (Tika Sumpter) add a new family member, Tails (Colleen O’Shaughnessey) – who is, as you guessed it a fox-like creature with two tails.

Jim Carrey is in full Jim Carrey mode, and surprisingly, he continues to ramp up the energy of Jim Carrey mode as the movie movies forward. I don’t remember being annoyed by him in the first movie, but his ways grew very abrasive in this movie and my patience for his antics wore off rather quickly. Jim Carrey was a huge distraction in this movie. It felt as if the director could not reign in Carrey, gave up trying and let Carrey do whatever he wanted to the detriment of the movie itself.

Idris Elba was unrecognizable as Knuckles, but he imbues Knuckles with a certain knucklehead-type charm – Knuckles is a bit like Drax from The Guardians of the Galaxy movies. The character of Tails was very cute and I liked the character a lot.

Marsden and Wachowski are around and have lines, but they do not add much to the movie.

This movie runs two hours and two minutes and the writers seemed to try to shove a lot of side stories in here to try to justify a longer movie. But, it leaves this moving feeling disjointed and not cohesive. The wedding side story was completely unnecessary and added nothing to the movie. The trip to Siberia resulted in a good dance sequence, but why was it needed? I think this movie would have been a lot more fun had it been only 90 minutes long – and thinking about the side stories, this movie could have easily been trimmed down to 90 minutes.

Sonic the Hedgehog 2 is definitely a kids movie with lots of fun pop culture references and a great music selection. The integration of digital characters into live action is surprisingly well done. This movie started off okay, but lost steam along the way and had me wondering when it was going to end.

This sequel is a lot like the first one, fun for a bit and ultimately forgettable. Did the first movie need a sequel? If we base it in this movie, no, it did not.

The Dolby Vison presentation is spectacular.

There is a mid-credits scene that sets up a sequel – which left me feeling, meh.