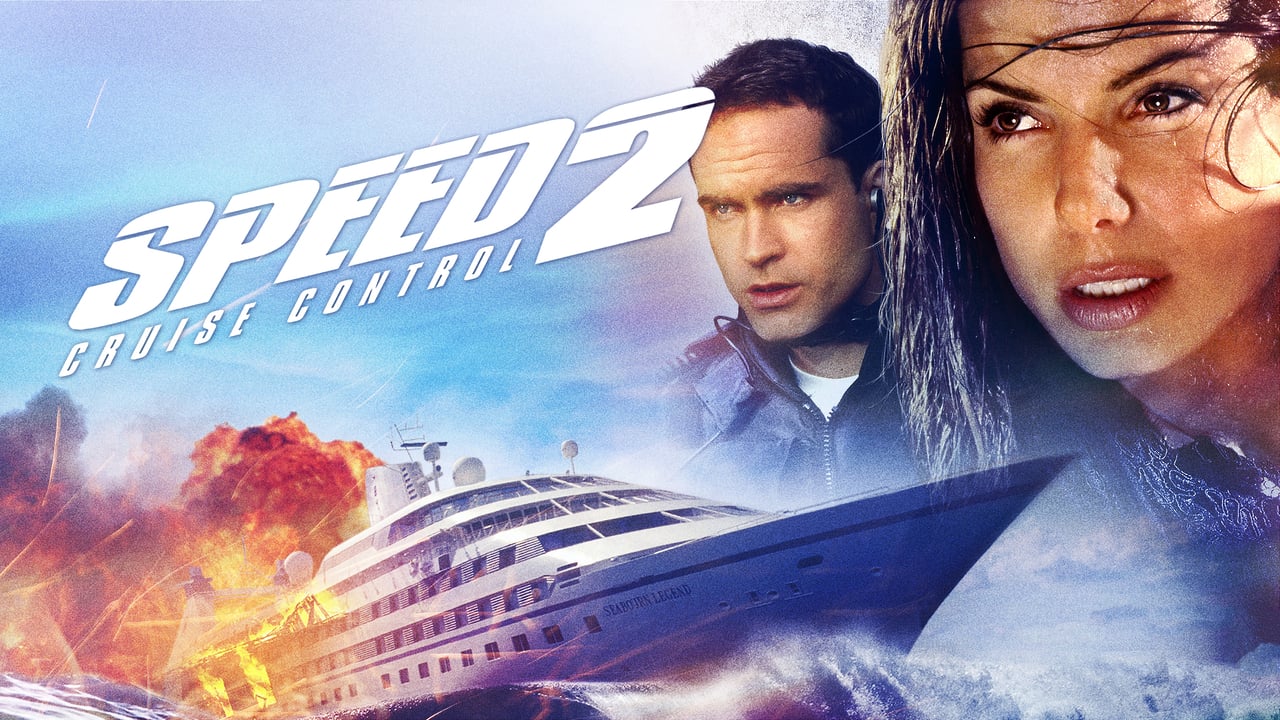 There are coincidences abound with this film. The script by Jeff Nathanson and Randall McCormick (based on story by Jan de Bont) is a lazy “substitute boat for bus” effort. The film finds Annie (Sandra Bullock) broken up with SWAT team member Jack (Keanu Reeves from the first movie, who smartly declined to appear in this stinker). She is now dating a SWAT team member named Alex (Jason Patric) who is a crazy cowboy cop who seems to do everything that Jack does, but is named Alex.

Alex takes Annie on a cruise and is planning to propose to her on the cruise when things go awry. A disgruntled former employee of a computer company, Geiger (Willem Dafoe) takes control of the cruise ship for reasons that are pretty obvious (money) and he is disgruntled because he was mistreated by his former employer – sounds familiar? Yup, almost the same as with the original Speed film.

There’s no way this film should have been more than two hours long – its running time is two hours and six minutes. This film adds comedy to the action romance mix and director Jan de Bont can’t find any balance to the three genres. The action is a snoozefest – consider for a moment that this is a film with the word “speed” in the title and it takes place on a slow moving cruise ship. There is no romance or chemistry between Annie and Alex. And the comedy falls flat, there are no laughs in the film.

The long running time feels even longer because it has some bizzare side plots. There is one with deaf teenage girl who is infatuated with Alex and gets stuck in an elevator. There is another that makes fun of obese people. The film has not just one token comedic black character, but two – Glenn Plummer reprises his “guy who gets something stolen” role from the original film and there is Royale Watkins as a photographer. Actors like Brian McCardie get the unpleasant role of reading off the speed of the boat and trying to make that sound exciting (it isn’t).

Sandra Bullock is not given much in the film other than to be a damsel in distress – and an annoying one at that. Jason Patric is wholly uninteresting as Alex. And Willem Dafoe, what are you doing? Did you need a paycheck?

Unlike the first Speed movie which was rated R, this film aimed for and got the PG-13 rating and it shows.

The original Speed was Jan de Bont’s first film as a director. Up until then he had been a cinematographer – best known for his work with John McTiernan on Die Hard and The Hunt for Red October. Looking back at his career as a director, which seemingly has ended in 2003 with Lara Croft Tomb Raider: The Cradle of Life, it seems that Speed was a fluke in his career. The films that followed were Twister, Speed 2: Cruise Control, The Haunting and the previously mentioned Lara Croft film. None of those films were anywhere close to being as good as Speed.

If you made it this far, I’ll reiterate: Save your time, skip this movie. (And don’t listen to that Mookie from 23 years ago.)

Watched at home streamed on Hulu.

Why did Geiger have to take Annie hostage? He had the diamonds already and Alex was trapped on a boat heading to crash into the port city. There was no reason for Geiger to keep Annie as a hostage other than as a plot point to have Alex chase him down.

While the film makes it clear that Geiger worked on the computer systems that handled the ship’s systems, I have my doubts that he could take over the ship as he did. Also, working with computers causes copper poisoning? What?