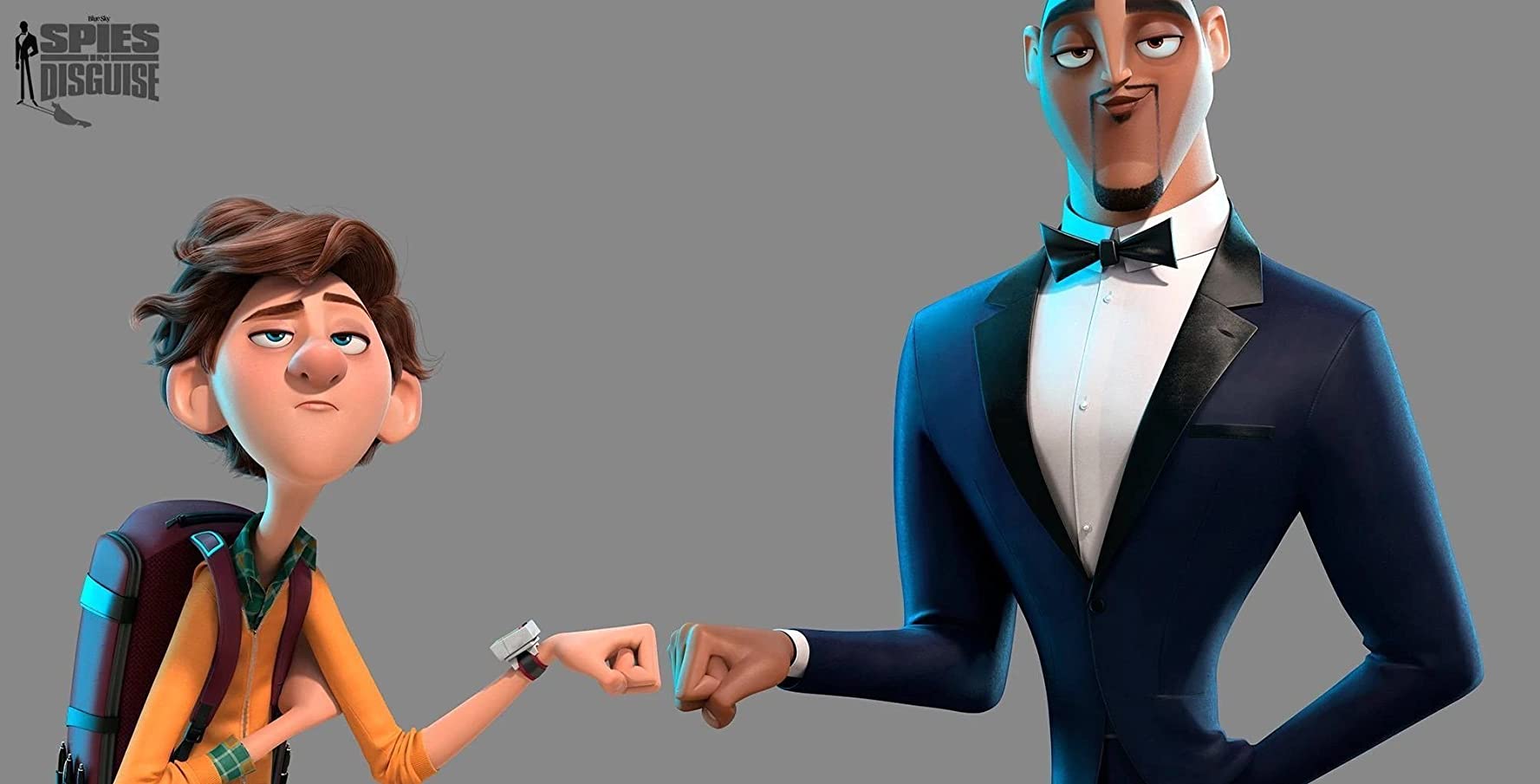 I don’t expect much of movies, only that they be entertaining. Spies in Disguise meets that bar, had me laughing in quite a few places and I really appreciated the message of non-violence. Bonus points for explaining the cycle of violence that needs to be broken in this world that we live in.

Lance Sterling (Will Smith) is a charming jet setting super spy who seems to not be able to do anything wrong. Walter Beckett is a super brain who believes that the way that we deal with crime is wrong and wants to find a way of making the world better without the use of violence – he spends his time developing gadgets at the same agency that Sterling works at that are ingenious and will not hurt, harm or kill anyone. When super villain™ Killian (Ben Mendelsohn) implicates Sterling in his scheme, Sterling is forced to rely on Beckett to help save the world – and in a hilariously funny accident, Sterling is turned into a pigeon – and that is where the shenanigans begin.

Will Smith has been on a roll lately with his movies – this movie, Aladdin, Bad Boys for Life. I think it is because he has finally figured out that people really want to see charming Will Smith, not faux-actor Will Smith. Tom Holland had a thing for Venice in 2019 as he visits again in this movie (other film was Spider-Man: Far from Home). Both leads are great in the film and develop a decent chemistry together.

I’ve written before that Ben Mendelsohn needs to stop taking scripts where he plays a villain because he runs the risk of being typecast as one – which maybe he already has since the only roles I can recall from him are villain roles (Krennic in Rogue One, Sorrento from Ready Player One, Sheriff of Nottingham from Robin Hood). The only non-villain role I remember him from is Talos from Captain Marvel/Spider-Man: Far from Home – though in Captain Marvel they played up his villainess for most of the film.

The music in the film was noticeably generic – although I really liked the use of Rob Base & D.J.E-Z Rock’s “It Takes Two” in one action sequence.

Spies in Disguise is an entertaining film, but somewhat generic in the story (outside of the pigeon thing). I enjoyed it throughout its running time.

Watched at home streamed on iTunes.