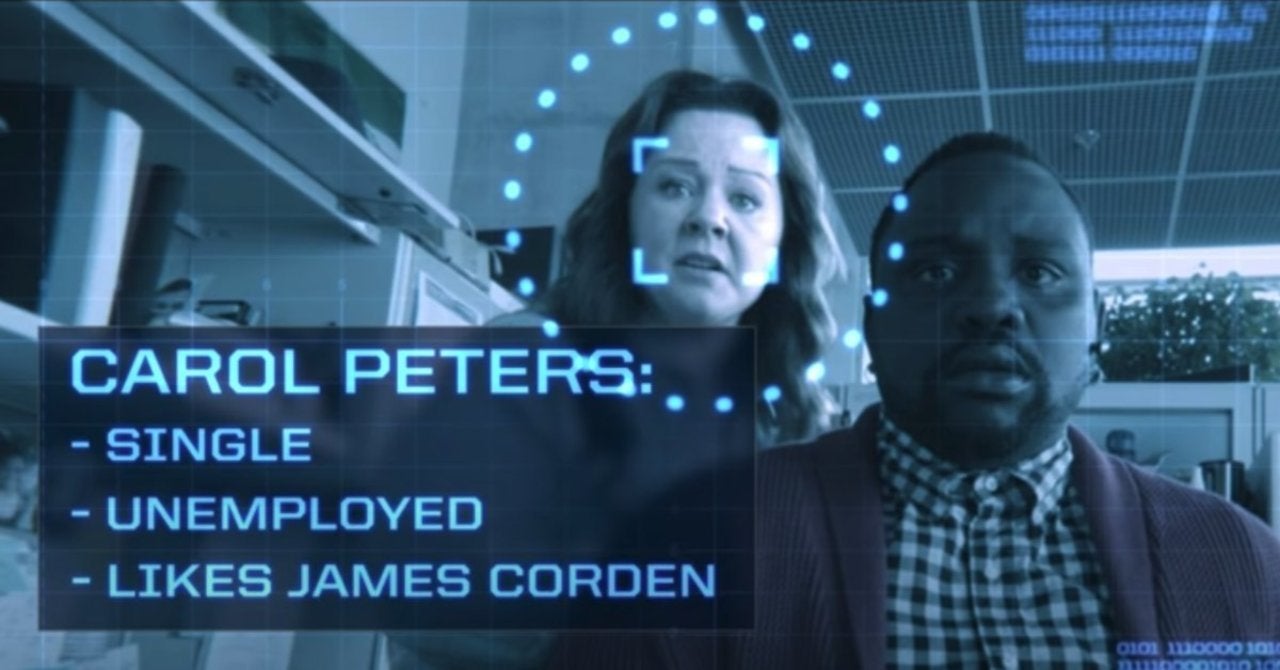 A riotously hilarious movie about an all-knowingly and omnipresent AI that takes control of a normal person’s life and drives them insane. Yup, that movie is 2019’s Jexi, not Superintelligence.

When a superintelligent (James Cordon, Octavia Spencer, Patrick Bristow) AI becomes self-aware, it determines that it needs to study humanity to figure out how to make the world a better place. The person it choses is an average (“median human”) named Carol (Melissa McCarthy) – a former Yahoo! who is now concentrating on humanitarian work. When asked by the AI what she wishes, Carol’s wish is to make things right with her ex-boyfriend George (Bobby Cannavale) who is leaving for Ireland in a few days. There’s a side-plot about a military response to the whole thing driven by Carol’s friend Dennis (Brian Tyree Henry) and the President of the United States (Jean Smart).

The previously mentioned Jexi does the AI + Love plots better. Then there is the idea of AI trying to figure out how to make the world a better place, which I have seen done better in I Am Mother. The joke density in the film is quite low, there are a couple of moments that got a chuckle and a few laugh out loud moments, but for the most part the film is laugh free – and that’s a bad thing for a comedy.

Not even Melissa McCarthy or the usually likeable Bobby Cannavale can elevate this film. Both are given such boring parts that there’s nothing they can do. Cordon gets most of the laughs in the film as the AI.

Superintelligence is a below average film about an AI studying an average person. The problem with this film is that it doesn’t take any chances to get laughes, the story and characters are bland and the film is ultimately forgettable. Is this movie worth a watch? Not really.