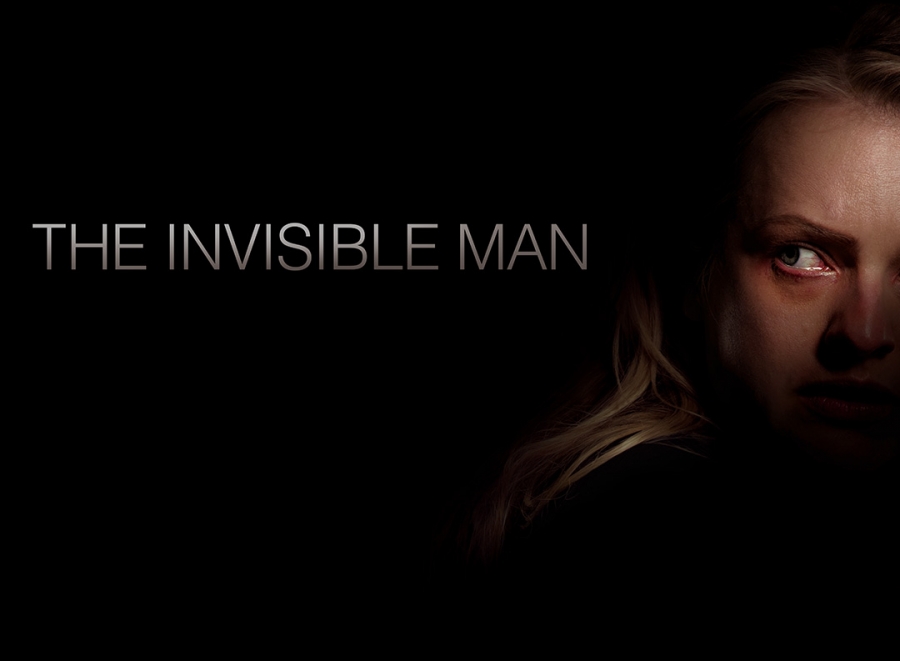 The Invisible Man is categorized incorrectly as a horror film. The Invisible Man is a psychological thriller and a brilliantly made thriller it is. This movie gets into your head and stays there whispering at you that there’s something you’re missing onscreen. I was an instant fan of Leigh Whannell’s work as the writer and director of 2018’s Upgrade. What I was curious about was if that was a one-time fluke. With The Invisible Man, he’s shown that it wasn’t.

The Invisible Man opens with one of the most intense scenes in recent memory. We see Cecilia Kass (Elisabeth Moss) quietly escaping from her abusive controlling husband Adrian Griffin (Oliver Jaskson-Cohen). We learn that Adrian is rich because of his world reknown work on optics. Cecilia escapes with the help of her sister, Emily (Harriet Dyer) and stays with a detective friend James (Aldis Hodge) and his daughter Sydney (Storm Reid). Strange things start happening around Cecilia, things that are creepy and that she cannot explain to others without looking like she has lost her mind. Saying more would enter spoiler territory.

There are two things that make this film so brilliant. The first is Elisabeth Moss. Her performance carries the film. She dives into this role head first and it shows. She is believable as her character journeys between being a terrified abused wife to a woman who has been broken to a woman who may have lost her mind and finally to a woman who has taken her fate into her own hands. Moss is a big reason to see this film.

The second thing that makes this film so good is the steady directorial hand and well-paced script by Whannell. Whannell takes the original Invisible Man and strips away the sci-fi aspects of it and brings it (almost) into the real-world. He understands that tension is built slowly. He smartly avoids using cheap jump scares and builds terror through well-paced scenes. Whannell uses silence for full effect in the film. The terrorizing antagonist in the film maybe invisible, but Whannell assaults our sense of hearing to add even more dread to the film.

I loved the camera work in the film. Whannell uses large open spaces so well. He often sweeps the camera across these open areas to guide our eyes in the frame. Sometimes it is a feint to make us feel like we should be looking for something that is not really there. This makes us look even deeper into the frame as Whannell leaves the camera lingering on spaces with no one there or a character off to the side of the frame. Is there something to see in this frame? He teases us and makes us feel what Cecelia is feeling onscreen: Dread. It is one of the best uses of the camera that I have seen.

There was one part in the film that had me gasp out loud. There was a twist that I should have seen coming much earlier, but only realized it shortly before it came. And the ending of the film wraps things up very well. The film makes the transition from thriller to semi-action film almost seamlessly. The action in the film reminded me a lot of the action from Whannell’s Upgrade with some shots where the camera is attached to the actor and the frame moves with the actor. This maybe his signature style.

The score by Benjamin Wallfisch (Blade Runner 2049) provides the perfect ambiance to the film – and Wallfisch knows when the score should not be there at all, building on the tension via silence.

I am a fan of Leigh Whannell and I think he is one to keep an eye on. The Invisible Man is brilliantly made, fantastically acted, and an absolute terrifying thriller. I enjoyed every minute of the film, even if I were terrified to the bone.

Watched at home streamed on iTunes.

There were some minor plot holes in the film.

I was curious how Adrian was able to fake his own death. Yes, there were pictures of his dead body that were shown to Cecilia by his brother Tom (Michael Dorman). But, how did that all get past the police?

The scene that genuinely shocked me was the scene when Cecilia’s sister was killed. That garnered a gasp from me. But, thinking about it later on, I wondered why a fancy restaurant like that did not have cameras pointed at the dining room that would have caught what happened. This scene also had some humor in it in the way of the waiter and his interactions with the grumpy sister. While the scene was running, I did chuckle at the interactions, but I also felt that the humor was out of place for this movie – it wasn’t until the slashing of Emily’s throat that I understood why Whannell inserted the humor, it kept me off-kilter just enough to be shocked by the killing.

The twist that Tom was the invisible man was well earned and projected subtly throughout the film. I only caught onto this twist after Cecelia shot him in James’ hallway and right before the reveal. But, after it was revealed, I went back to thinking about the suicide and how they got that past the authorities.

The ending, while satisfying, was nicely and subtly projected ahead of time – when Cecelia enters the house, Whannell slyly cuts to a shot of the dining room from a security camera that showed only Adrian’s seating position. That combined with the much earlier scene of Cecelia hiding the second invisible suit in the closet made this twist earned, yet a bit predictable.