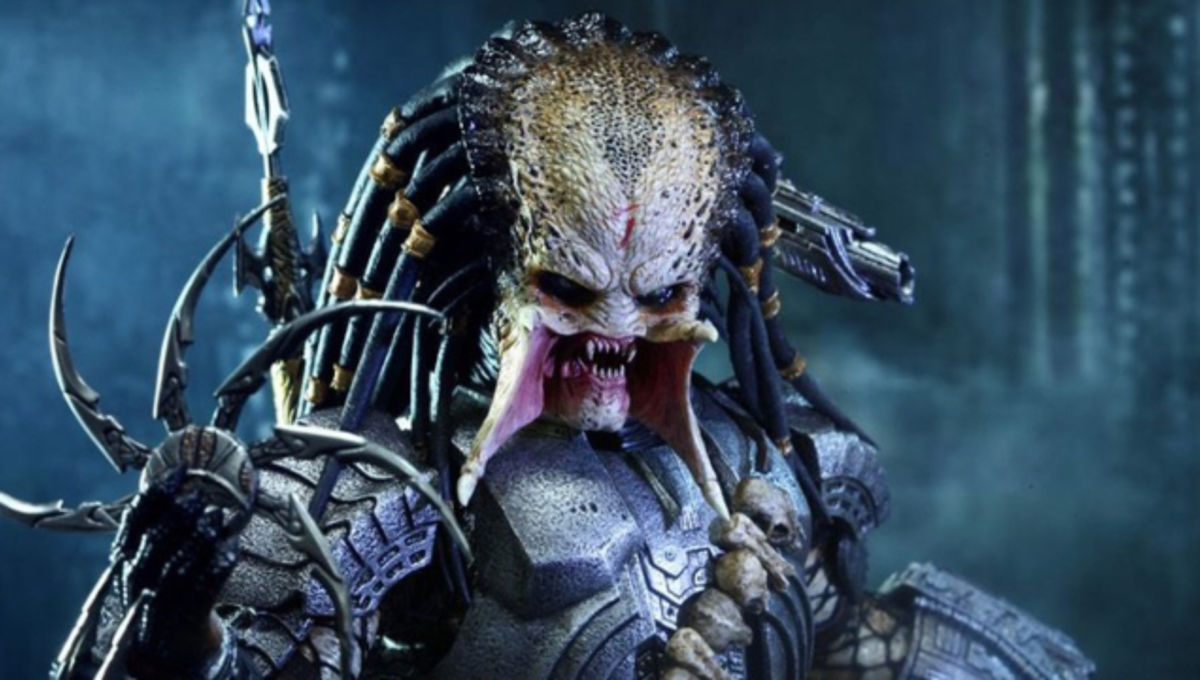 The Predator is not a good movie and is only marginally entertaining. It has a lot of flaws that can’t be overlooked, especially the terrible CGI. This film was unnecessary. The first Predator film was a staple 80s flick. The sequel was horrid. Predators is my favorite of the series. [Update 8/9/2022: Prey has surpassed Predators to become my favorite Predator movie of the whole franchise.) Did they really need to make another? Nope.

As The Predator opens, we see a space battle between two Predator ships. The smaller one barely escapes through some sort of wormhole and ends up in our atmosphere – it proceeds to crash into Earth. The film follows Special Force sniper Quinn McKenna (Boyd Holbrook), biologist (Olivia Munn), McKenna’s son (Jacob Tremblay) and a band of misfits (Keegan Michael-Key, Trevante Rhodes, Thomas Jane, Aflie Allen, and Augusto Aguilera) as they run away from both a Predator and a government agent (agency never revealed), Traeger (Sterling K. Brown). I wish I could write more about the plot and story of this film, but there isn’t really one. Near the middle of the film something is revealed, but it’s really not that important in the overall scheme of explosions and gunfire.

Boyd Holbrook is no Arnie. Trevante Rhodes is no Carl Weathers. Olivia Mann does what she can with what she is given. Jacob Tremblay is… Wonder. Then there is the supporting cast that is all forgettable. There are the two funny guys, that guy with the long hair and I think one other guy. It’s a mess.

There are some callbacks to the original films, like the name of the school. There was one about a helicopter that got a good chuckle. There were quite a few chuckle-worthy moments and lines sprinkled throughout the film and the balance between action and comedy is just about right – something that I have come to expect from Shane Black.

This film is entertaining for the first two acts and had some decent action sequences. It seemed to lose a lot of steam in the third act and the final action sequence kind of petered out with a whimper. The action in the film is almost unwatchable at times. And the editing, while tight and focused in the beginning, loses some of that sharpness near the end.

Henry Jackman does a fantastic job of imitating Alan Silvestri’s original Predator score. The Predator theme is littered liberally throughout the film for great effect.

The use of the word “fuck” seemed to be thrown in for fun without much meaning, same with sexist jokes throughout the film.

The Predator can be described in one word: Meh. It is entertaining for a little, but it never achieves greatness because it never builds to anything and it unravels at the end.

Originally screened 9/16/2018 in XD at Century 20 at Oakridge. Watched today at home streamed on iTunes.

The larger hybrid Predator was difficult to watch because it moved so unnaturally – as it is all CGI. The “small” Predator in the film was much better because it was real on reel.

The Predator dog suffers the same fate of being rendered as terrible CGI.

The Predator Killer suit really did look bad – the CGI for it was horrid.

There’s a theme here. The film, with its reliance on CGI, suffers hard because the CGI is so badly done.

The old trope of alien race coming to take over Earth has been beaten to death. The not-so-subtle environmental messaging in the film fell flat.

I did not understand the band of misfits in the film. Yes, they added some comedy to the film, but none of the characters were very well defined. This weakness in characterization is clear as the misfits start dying off and there was no emotional oomph to their deaths.

While the ending with the introduction of the Predator Killer suit sets things up for a sequel, I hope they don’t make anymore Predator films. Lets leave the Predators alone please.