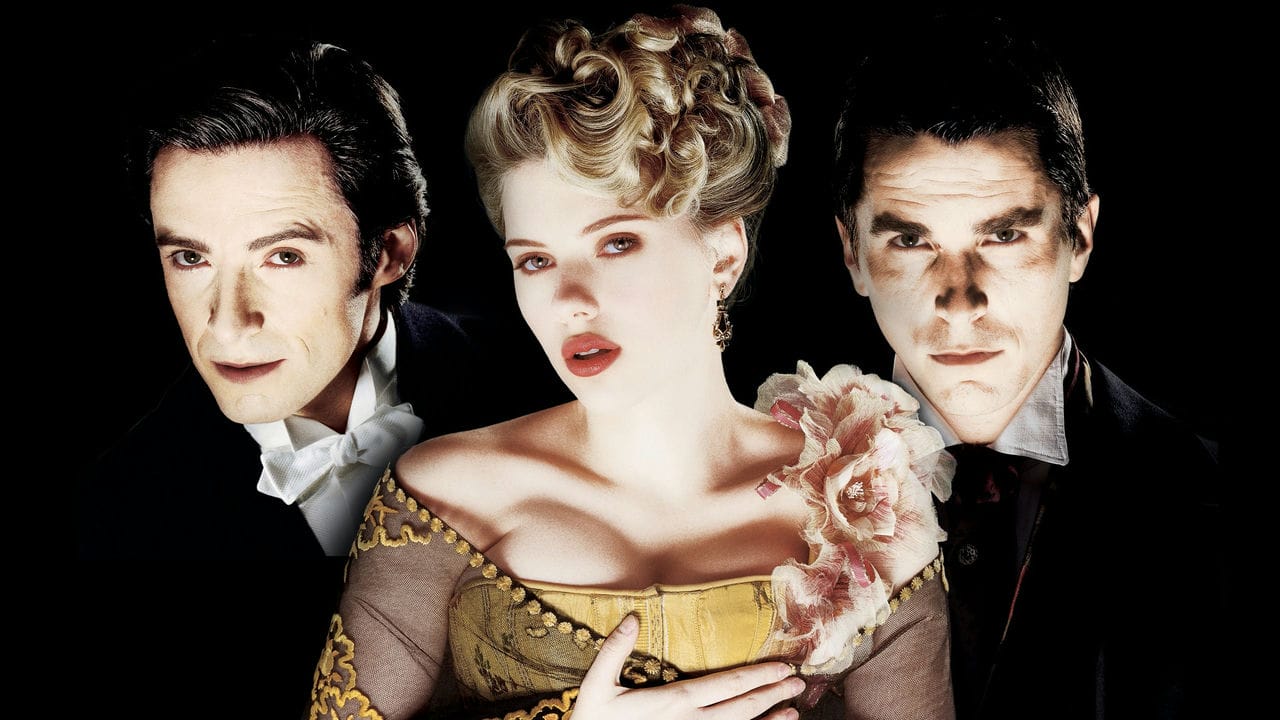 The Prestige stands as one of my favorite Christopher Nolan films, second only to The Dark Knight. I watched the film for a second time in a long while and the film is still as intriguing as the first time I saw it.

The Prestige is about two competing magicians who continue to top each other with more and more dangerous magic acts. Robert Angier (Hugh Jackman) has a grudge against Alfred Borden (Christian Bale) when Borden causes and accident which takes something important away from Angier. Angier is helped by a middle man, Cutter (Michael Caine), who narrates the film. The Prestige title refers, as told to us by Cutter, the final piece in a stage illusion.

Both Jackman and Bale are fantastic in their roles. Bale has a quiet restraint that works well onscreen and is a good foil to Jackman’s performance as Angier. Jackman brings a smoldering rage to his character while makes us believe in his drive to one-up Bale’s Borden. Caine is great as Cutter and is something crucial to the film, something I will get to in the spoilers section.

The ending of the film is like a lot of Christopher Nolan endings in that it leaves the audience slightly confused and lets the audience ponder what really happened. The ending for The Prestige is projected near the beginning of the third act and I remember during my first viewing, it took me a minute to realize what was being shown. There are many theories to what the ending really means, I have my own which is at the end of this write up.

The film, again like most Christopher Nolan films is clinical and precise and somewhat lacking in emotion. Nolan knows how to make a film, but sometimes it feels like he does not know how to create emotional beats in films. It is very apparent in The Prestige. In recent films like Interstellar he tries hard to put some human emotion in the films with varying degrees of success, but The Prestige is full-bore clinical Nolan direction.

As I wrote in the opening paragraph, The Prestige after ten years still continues to be one of my favorite Nolan films. It has great performances from its leads and a story with enough twists that makes it intriguing. The ending still leaves me thinking about what really happened. The Prestige is well worth multiple viewings.

Near the beginning of the third act, we see that Tesla’s machine is actually creating clones of whatever is put into it. Near the end of the film, we see that Angier had created a clone of himself and then quickly killed the clone. Which of the clones was the “real” Angier is kind of left up in the air. The closing shot of the film shows a room full of water “coffins” that are filled with Angier clones. We are left to believe that Borden had shot and killed the last of the Angier clones.

There are a lot of ways to look at this ending and there are also questions that I have in my mind. For instance, was that really the last of the Angiers clones? When Angiers finally figured out what the machine did, why not create a clone of himself and let that clone go through the process of dying each night for the show?

What I found strange about the movie is that the narrator is neither Angiers nor Borden, rather it is a supporting character, Cutter (played by Michael Caine). What I really think is that Caine’s character Cutter is an unreliable narrator. Because he is the narrator, I think the whole story is one elaborate illusion that is meant to trick the audience (us)? In the end, maybe there was an Angiers and a Borden, but how are we to know that the whole film was not just a story created by Cutter to entertain the audience and to draw us in for the final prestige: The illusion that it all actually happened.