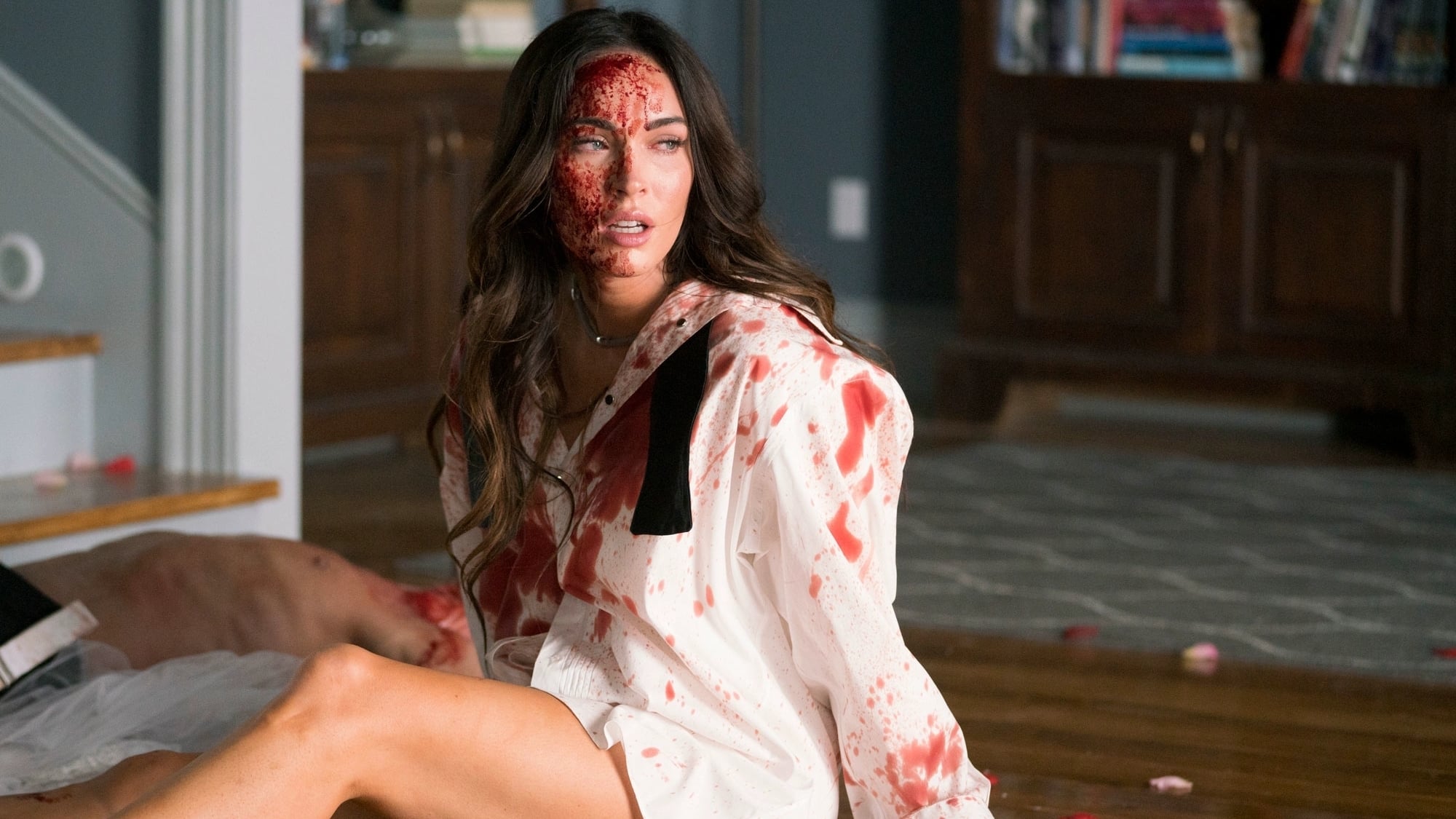 I admit that it was the premise of Till Death that got me to watch it and I came into the film with zero expectations.

Emma (Megan Fox) is a photographer with a past trauma. She is trapped in an unhappy marriage with a rather creepy control freak, Mark (Eoin Macken [pronounced like “Owen”]). She is so unhappy that she is having a relationship on the side with Tom (Aml Ameen) to which Mark may or may not know about. As part of their anniversary, Mark surprises Emma with a trip to their remote lake house, in the middle of winter, to try to rekindle their love.

If you have not seen the trailers or read anything about this film, it is best to skip them now. The premise is simple enough and is very intriguing. But, to say anything about it would be to spoil something that happens early on in the film. Let me say this: It is a great kooky premise that works.

The first question to answer is: Can Megan Fox act? Yes, kind of. She needs to move away from the “hot babe” thing that she seems to embrace so much. If she can tame that part, she actually has enough acting chops to get through some not so challenging material. Where she shines in Till Death is when she switches over to “badass” mode – much like in her 2019 film Rogue. The first thirty minutes of the film taxes her acting abilities and she survives by the skin of her teeth.

Eoin Macken is perfect in his role(s). The first thirty minutes of the movie are buoyed by him and his acting – the man oozes creepiness and malice. Macken has a second role in the film which I’ll write more about in the Spoilers section.

Callan Mulvey plays his character Bobby Ray as what he seems to play the best: Bad guy. Jack Roth is good as Bobby Ray’s squirrelly brother.

The cinematography by Jamie Cairney is worth calling out. The first thirty minutes of the film have a warm glossy feel to them, which is in stark contrast to the sense of dread and uneasiness that director S.K. Dale creates in this part of the movie. The cinematography elevates and plays up the feeling that things are not well. When the “thing” happens, Cairney switches to a much cooler palette to accentuate what is happening in the film (Mark’s general temperature and the environmental temperature) and it works perfectly.

After all of this, it is not to say that Till Death is without faults. The basic premise of the film works to draw an audience in. But, there are some serious logic flaws in the film – the first being the handcuffs, there were ways she could have gotten out of them, but didn’t. Mark’s shirt being moved from Mark to Emma leaves one to wonder how that could happen. There are flaws in how the bad guys act also – coming so close to the door, but turning away makes no sense. Emma laying in the snow and not being seen by a bad guy, that makes no sense at all. Having said this, the film is so well made, suspenseful and thrilling that it was easy to overlook these flaws.

Till Death is a genuinely thrilling, suspenseful and tense movie. There are parts of the movie that got me to the edge of my seat – and that is a hard thing to do. The film is paced perfectly and is engaging. I recommend Till Death.

Watch at home, streamed on iTunes.

I wish set designers and directors would stop with the romance candles. A whole house full of (what looked like 100) candles is a serious fire danger. Who in the world has the time to light all those candles anyways?

I can only imagine Eoin Macken’s contract for this movie: Act creepy for 30 minutes and then get undressed to boxers and dragged about by Megan Fox.