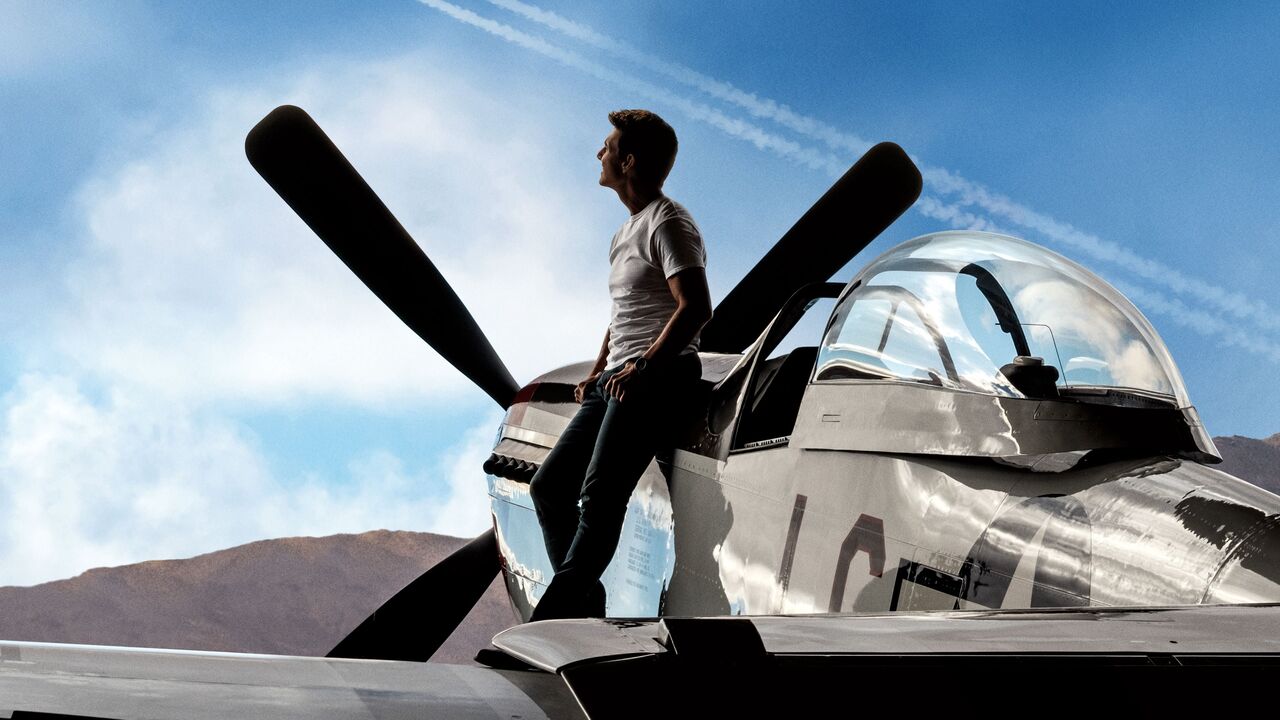 Lets get this out of the way, the original Top Gun was not a great movie, it really is not that good of a movie either. But, it was a huge cultural impact because it captured the thrill of being a Naval fighter pilot flying by the seat of their pants. As a teen, I loved the original movie for its aerial stunt sequences and all the quotable lines (“Son, your ego is writing checks your body can’t cash.") I did not know what to make of Top Gun: Maverick when it was announced. Now that I have seen Top Gun: Maverick, what do I make of it?

More than thirty years after the end of the first movie, Pete “Maverick” Mitchell (Tom Cruise) is still a Captain in the Navy because that’s what he chooses to be. He is a test pilot in the Darkstar scramjet project, still disobeying orders and doing things his way. Maverick is approached by a hesitant Rear Admiral Cain (Ed Harris) at the request of Admiral Tom “Iceman” Kazansky (Val Kilmer) to train a group of pilots at Top Gun for an urgent special mission to destroy an unsactioned uranium enrichment facility in an unnamed foreign country.

In the group of pilots is Nick “Rooster” Bradshaw (Miles Teller), the son of Maverick’s old RIO “Goose” who died in the first movie – a death that Maverick feels guilty about. Other pilots include (but not limited to) the cocky Jake “Hangman” Seresin (Glen Powell), Natasha “Phoenix” Trace (Monica Barbaro) and her RIO Robert “Bob” Floyd (Lewis Pullman).

Along the way, Maverick reacquaints himself with an old flame and bar owner, Penny Benjamin (Jennifer Connelly).

Top Gun: Maverick is well-balanced in tone and mood – and knows exactly how to use nostalgia for maximum effect. The opening sequence put a smile on my face because it tapped so deeply into the nostalgia of the opening sequence of the first film – down to using the same fonts in the credits as the original – and has a touching callback to Don Simpson. The script for the movie moved seamlessly between drama, thrills, action and even contemplation about life.

There was a long scene between Val Kilmer and Tom Cruise that was emotional and surprisingly adult – something that the first movie never achieved. And while the movie was full of exciting action, there was a quiet background moroseness which threads throughout the movie – it deals with Maverick aging and coming to terms with the possibly of the end of his career as a fly-by-the-seat-of-your-pants daredevil. The theme of obsolescence carried from the start of the film to the end. At times the movie feels like it’s not just talking about Maverick retiring because of his age, but Tom Cruise also from acting.

The flight sequences, aerial stunts and aerial photography in Top Gun: Maverick are top notch. These flight sequences achieved levels of thrills that were so visceral that they had me squirming in my seat dodging missiles and feeling the G’s. These sequences were truly exhilarating and they show that there’s nothing like shooting real-on-reel to create a unique and genuine sense of excitement in a movie. Doing things for real elevates a movie to heights that cannot be achieved through visual effects or computer generated imagery. I applaud Tom Cruise for his dedication to bringing real movie making to the big screen.

Tom Cruise is excellent in the film and it was readily apparent when seeing him pulling G’s in the cockpit to realize his total dedication to the craft of creating a crowd-pleasing summer movie. Unlike in the first movie where Kelly McGillis and Cruise had zero chemistry, Jennifer Connelly was a much better screen partner for Cruise. Miles Teller was a spitting image of young Anthony Edwards and while I am not a fan of Teller, he does well in Top Gun: Maverick. The rest of the pilots aren’t given much, but are memorable in their own ways. The person that left an impression was Bashir Salahuddin as “Hondo”, who didn’t have much screen time, but he makes the most of each second on screen. Kudos to Salahuddin.

Where the first movie barely had a plot to follow along with, Maverick has a mission that needs to be accomplished and we are given something to carry us along for the movie. Tom Cruise was collaborating with two people which he’s had success with before. The script is written in part by Christopher McQuarrie who worked with Cruise on the last few and also upcoming Mission Impossible movies. And director Joseph Kosinski worked with Cruise on Oblivion, which while not perfect, was memorable.

The sound design in the movie was aural perfection. There is something special about feeling the sound of a fighter jet in my chest which made the sound in Top Gun: Maverick so awesome.

Harold Faltermeyer’s unforgettable Top Gun Anthem is used marvelously in the movie, just hearing it during the opening sequence was enough, but having it sprinkled throughout the movie was magnificent. And it was a brilliant move to use Kenny Loggins' “Danger Zone” at the start of the film – just like in the original film. Even after 37 years, the song has not lost its ability to put a smile on my face.

“Do some of that pilot shit.”