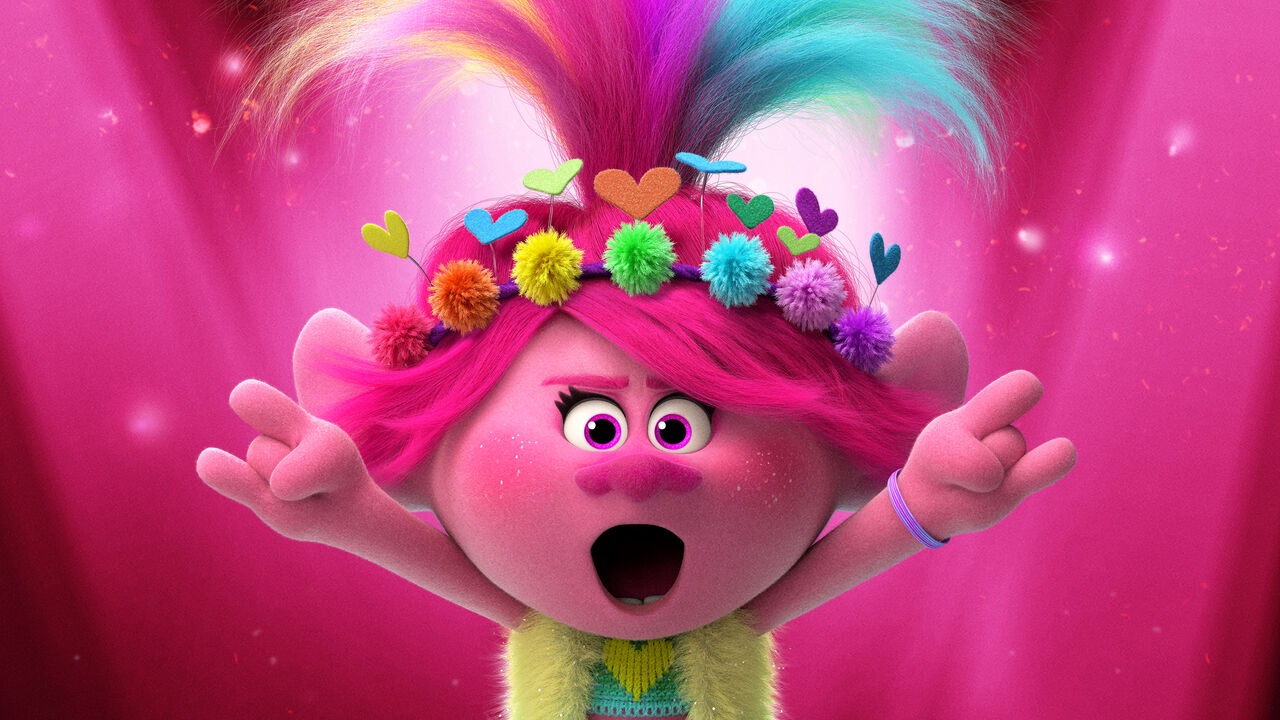 Trolls World Tour is a fun and colorful movie for all ages. I really enjoyed the movie.

As the movie starts, we learn that the world of Trolls is actually larger than what was shown in the first movie. The world of the Trolls encompasses all sorts of different musical types including Pop, Country, Funk, Classical, Techno and Hard Rock. We find out that Queen Barb (Rachel Bloom) from the Hard Rock kingdom is roaming the kingdoms and taking each kingdom’s “strings” – basically the soul of their music. Once she has all the strings in her guitar, she is going to play the ultimate chord and unite all the kingdoms under the music of Hard Rock. Poppy (Anna Kendrick) adventures out to the other kingdoms with Branch (Justin Timberlake) to try to bring all the kingdoms together in harmony.

The one thing that I found surprising and really loved about the film was that the film used the six kingdoms and their musical types to illustrate diversity, inclusivity and belonging. The message was there, but it was not at all heavy-handed, it was very well done.

The movie is bright and colorful. There were lots of jokes in the movie that made me laugh out loud – the K-Pop vs Raggaeton Trolls dance off was great. I loved the music in the film too, though I wish they would have more full songs. For the most part the movie uses parts of songs mixed together, some times for greater effect than others – I liked the medley that was performed at the Country Troll kingdom.

Also, the way that the movie was “shot” was terrific. While Poppy and Branch are talking on the raft, the blurred background with the colorful bokeh was captivating. Small visual touches like this really added to the movie. Another example being the use of rack focus was, at least for me, unusual to see in an animated film – but, it is used in Trolls World Tour and used very well.

As the movie closed, I was left with a big smile on my face. This is just a nice and fun movie to spend time watching, whether you’re an adult or a kid.