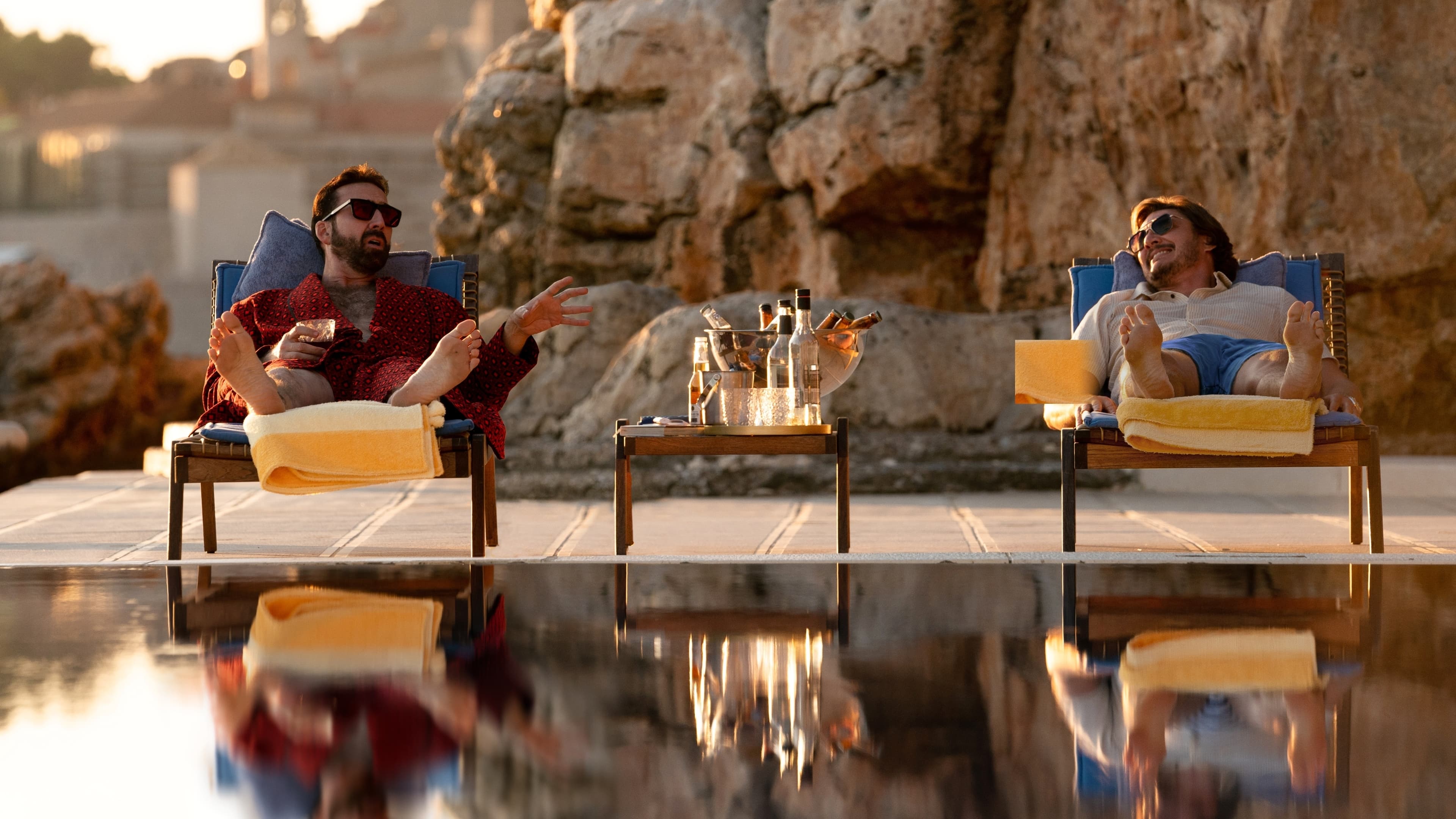 I usually shy away from movies where the star of the film is also a producer because they tend to be ego-stroking personal vanity projects. But, c’mon this is Nick F****************cking-Oow Whoo Cage! And who can resist Nicolas Cage playing Nicolas Cage?

Nicolas Cage (played by Nicolas Cage) hits a hard patch in life – he’s looking for his next big role, his marriage has fallen apart and his relationship with his daughter (Lily Mo Sheen) is not as good as he thinks it is. Cage is asked to do a birthday party for superfan Javi (Pedro Pascal) and while he originally does not want to do the gig, he eventually relents and flies out to Mallorca. While in Mallorca, Cage is approached by CIA agent Vivian (Tiffany Haddish) and hijinks ensue.

Lets get this out first: The character Nicky, a younger and much more volatile Nick Cage that Nick Cage converses with internally, is the best thing about this movie. I wish there was more Nicky in the movie, but maybe they will make a Nicky spin-off movie?

The movie moves along at a rapid pace driven by the massive talents of both Nicolas Cage and Pedro Pascal. The two are a joy to watch on screen together because they have natural onscreen chemistry together – apparently, when together off screen they are a lot like what they are like on screen (how meta!). And while the star of the movie is Nicolas Cage, there are times when Pedro Pascal completely steals the show from Cage – particularly, I am thinking of the scene where they first visit to the cliffs. Cage is great in the film and gives a captivating performance.

Sharon Horgan is fantastic in the movie as Cage’s ex-wife. She brings a sense of dry humor to the proceedings.

The Unbearable Weight of Massive Talent is exceedingly beautiful in the way that it is shot. The movie looks gorgeous due to Nigel Bluck’s cinematography.

The script by Kevin Etten and director Tom Gormican gives us an interpretation of what they, and probably some of us, believe to be Nicolas Cage. Nicolas Cage seems to be game to act accordingly to the crazy fictionalized spin on him and I admire his dedication to being part of the “storytelling and mythmaking.” The script and the comedic timing of the whole cast make this movie hilarious. The meta self-referential nature of this movie extends to everything about the movie and that is part of why this movie is so fun to watch.

There was action in the movie, but it comes late in the movie and most of the action is quite pedestrian – which is fine because the movie as a whole is so such a joy to watch – especially for fans of Nicolas Cage.

The thing about The Unbearable Weight of Massive Talent is that it is such a fun and joyous movie. Nicolas Cage is fully committed to the movie and does not take things seriously. This all comes together into a movie well worth watching.