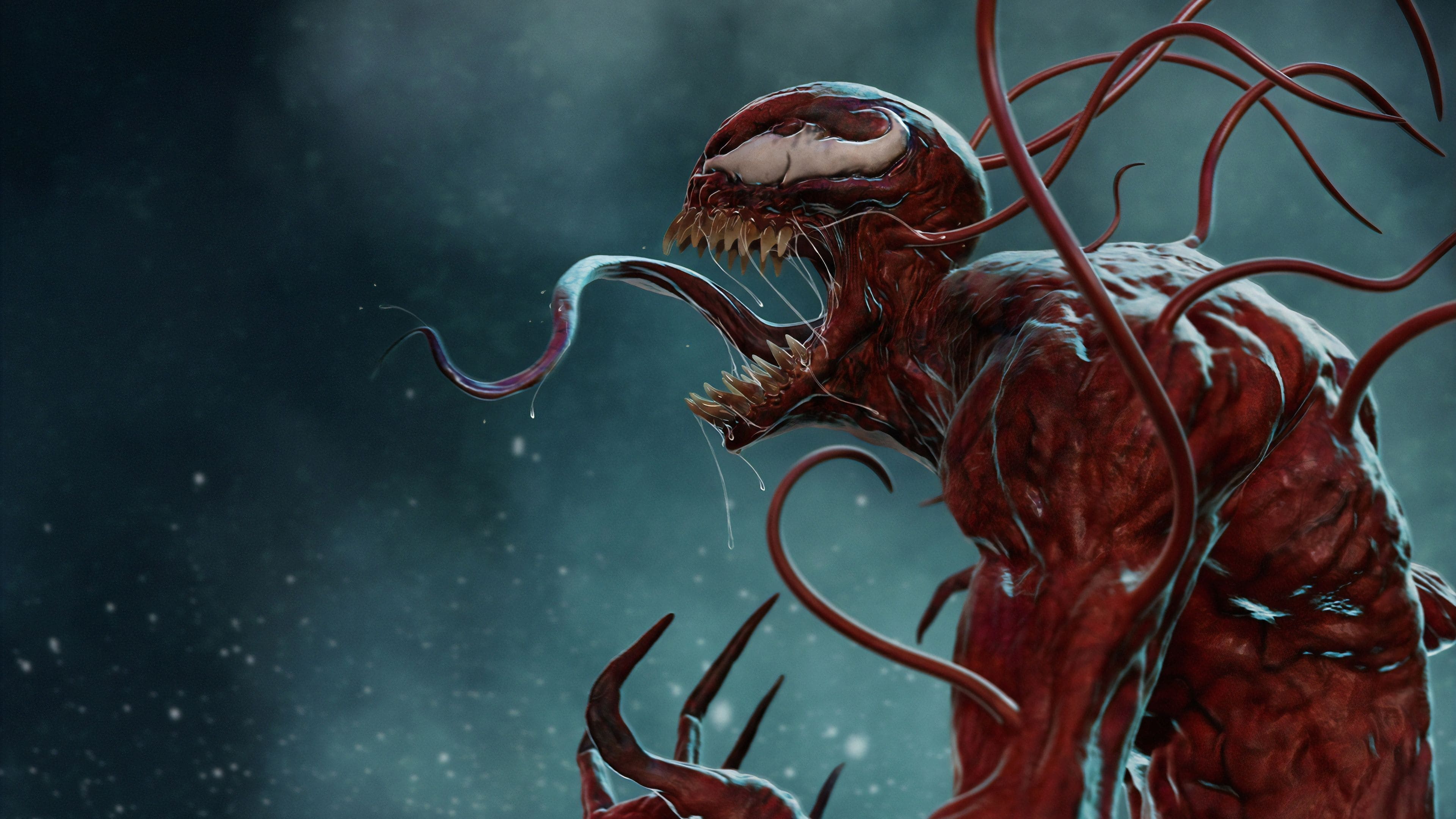 The first Venom film was stupid, but fun. I have seen it a few times and it is a decent way to pass time. Is this sequel, Venom: Let There Be Carnage the same stupid, but fun kind of movie as the original?

The plot of the movie is sketchy at best. There’s a bit about a woman named Frances Barrison (Naomie Harris) who can scream really loud. There’s the main conflict of the film that focusses on Cletus Kassady (Woody Harrelson) and Eddie Brock (Tom Hardy) – which is something to do about Brock sending Kassady to face his death by lethal injection because of Brock’s investigative reporting and the resulting published article. And then there’s Brock finding a balance in his life with the alien symbiote named Venom that is living inside of him.

I will get this out of the way first: The main plot is a snore, it isn’t well-developed and I did not enjoy it. Thankfully, the movie runs just a tad over 90 minutes, so it was bearable.

What I really enjoyed about the film is the first forty minutes. It is in this part of the movie where Brock deals with Venom and we get an over-the-top and rather entertaining odd couple comedy. I laughed a lot during this part of the movie because Venom is a hilarious character (at least in the movies, I read the comic character is not as much). Venom’s hilarity is offset by the fact that he is both a mental and physical abuser of Brock. It is played up for laughs, but it may upset some people.

I wish the movie was a whole movie with Eddie and Venom bickering – and seeing how the deal with each other and live together. There does not have to be any world-ending scenarios, just a movie with these two characters interacting would be enough.

The second half of the movie fares much worse than the first half. It is a paint-by-the-numbers movie that takes all its cues from the standard Marvel playbook. I am getting tired of seeing this same formula at this point, especially having seen the same thing for more than ten years. By the time the bloodless second action half of the movie wrapped up, I was left wondering if this movie could have been better if it had not been constrained by its PG-13 rating.

See this movie for Tom Hardy. He is fantastic as both Eddie Brock and Venom. If Venom: Let There Be Carnage comes up as a random movie when you’re scrolling through what to watch on your streaming app: Yes, see it for the first half, which is hilarious. But, I would not go out of my way to see this movie.