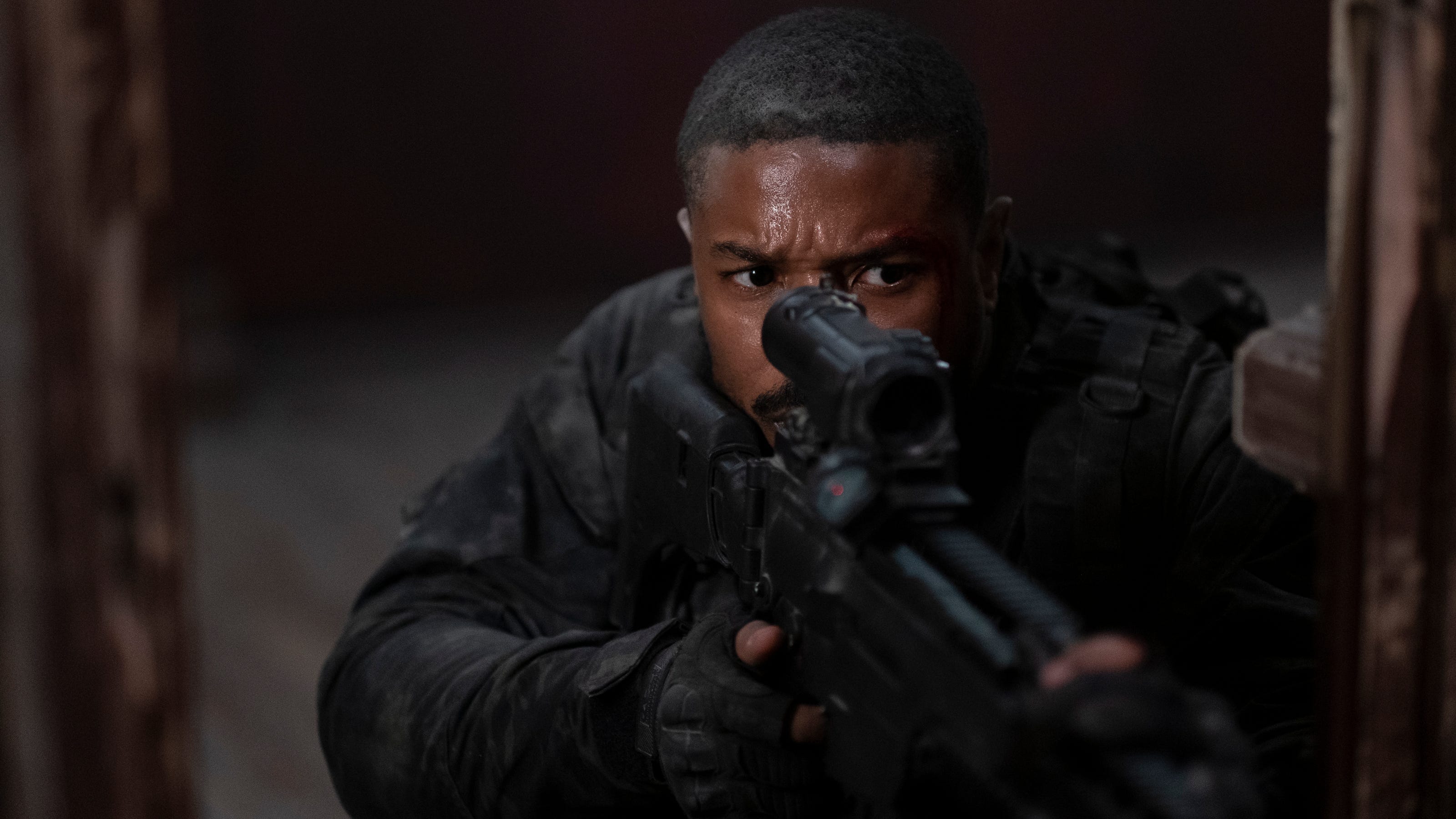 In my teenage years, I was a voracious reader of Tom Clancy novels and while I found the Jack Ryan character interesting, it was always the John T. Kelly (aka. John Clark) character that was my favorite. Clark was the foil to Ryan, especially in the way they handled conflicts. Clark was unflinching in the use of force and the taking of life in order to resolve conflicts. When I heard that there was going to be a movie showing the origin story of Clark, I was intrigued.

After returning home from a mission in Aleppo that was planned by CIA officer Robert Ritter (Jamie Bell) and led by Lt. Commander Karen Greer (Jodie Turner-Smith), John T. Kelly (Michael B. Jordan) witnesses the death of his wife (Lauren London) and his team. Kelly, being a badass well-trained Navy SEAL seeks to avenge the death of his wife and hunt down those that are responsible…without remorse.

The film was written by Taylor Sheridan and Will Staples. This is the second film that Sheridan and director Stefano Sollima collaborated on – the first being Sicario: Day of the Soldado.

Without Remorse is an irksome film to review because with every good thing about it, there is an equally bad thing. Starting with Michael B. Jordan who is in full command of the screen in this movie. Jordan is fantastic as John T. Kelly. Jordan is the de facto onscreen Clark now, easily beating out Willem Defoe’s version in Clear and Present Danger and miles better than the miscast Liev Schreiber in The Sum of All Fears. Unfortunately, while Jordan is fantastic, the script fails him and is nowhere near the same level.

The script is unnecessarily complicated and with that said, it is also wholly predictable because of a single casting choice (more on this in the Spoilers section). The movie, while having been brought to present day, does not escape from the Clancy’esque nationalism and patriotism that laced his Cold War books. The story feels old, creaky and still stuck in a bygone era. I expected more from a Taylor Sheridan script. 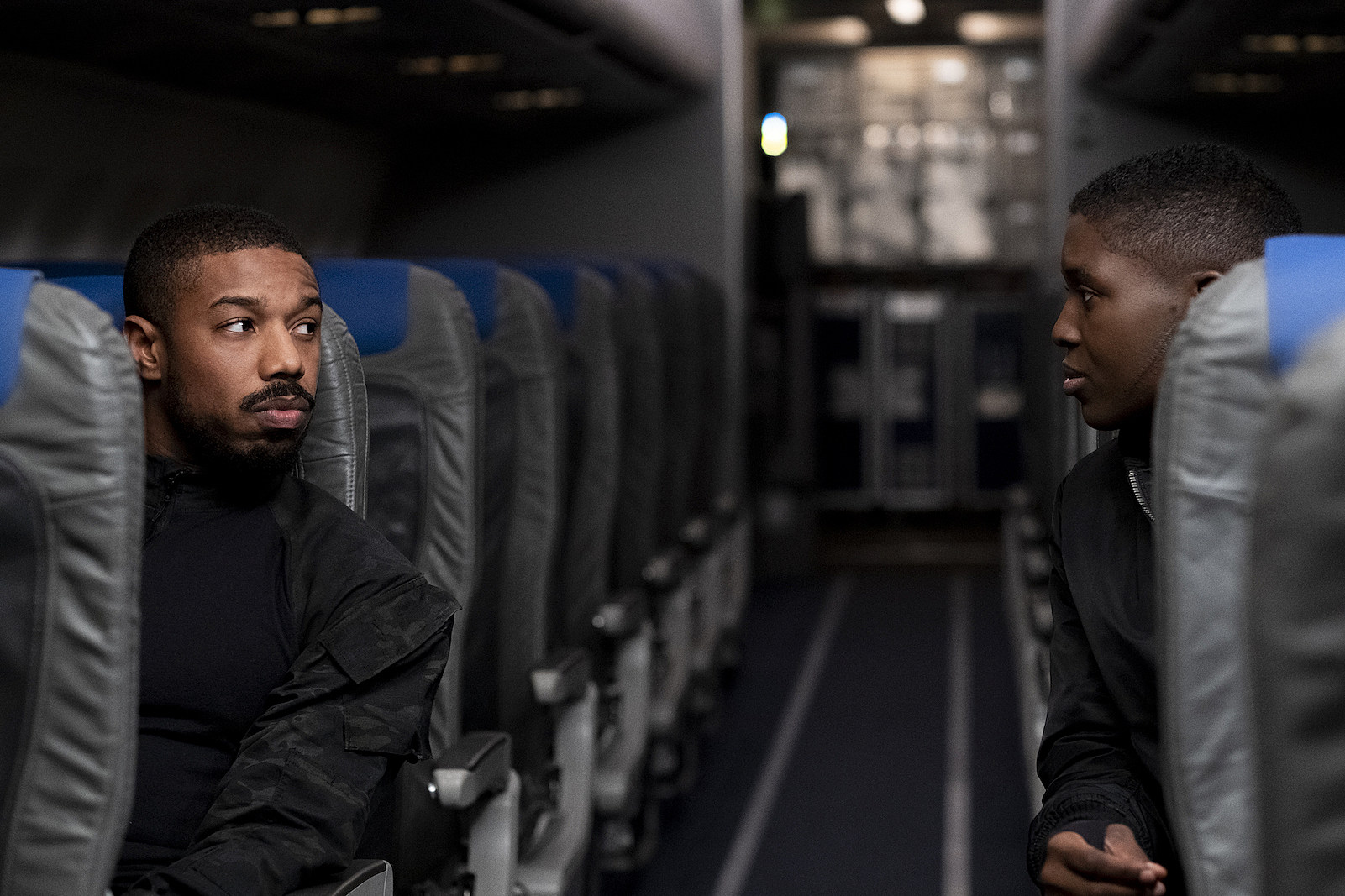 There are two other standout performers in the film. First is Jamie Bell as CIA officer Ritter. Bell is perfectly cast and plays the role incredibly well – he glazes the Ritter character with multiple layers of sleaze, I felt sleazy just watching this character. Kudos to Bell. Jodie Turner-Smith is fantastic in her role as Karen Greer (of the James Greer lineage). I am so happy that Sheridan and Staples did not put any clichéd romantic ties between Kelly and Greer.

The action in the film is well-done and some of it genuinely exciting. I particularly liked the opening sequence in Aleppo and also the sequence in Russia. It is filmed with a steady hand and uses a lot of medium to wide shots – a sign of Sollima’s confidence and skill in making action sequences. I was able to clearly follow the action in the film and that is something I cannot say about many films lately. Kudos to Sollima for putting together such well-done onscreen action.

By the end of the film, I was somewhat entertained. I was not enthralled or engrossed by this movie though. The best way I can describe Without Remorse is like this: This movie is like sitting on the couch next to someone playing Call of Duty and just watching. It is can be exciting at times, but for the most part, it is just passing time. And if all you are looking to do is pass some time and you like Clancy’s books and/or characters, this is not a bad way to pass two hours. 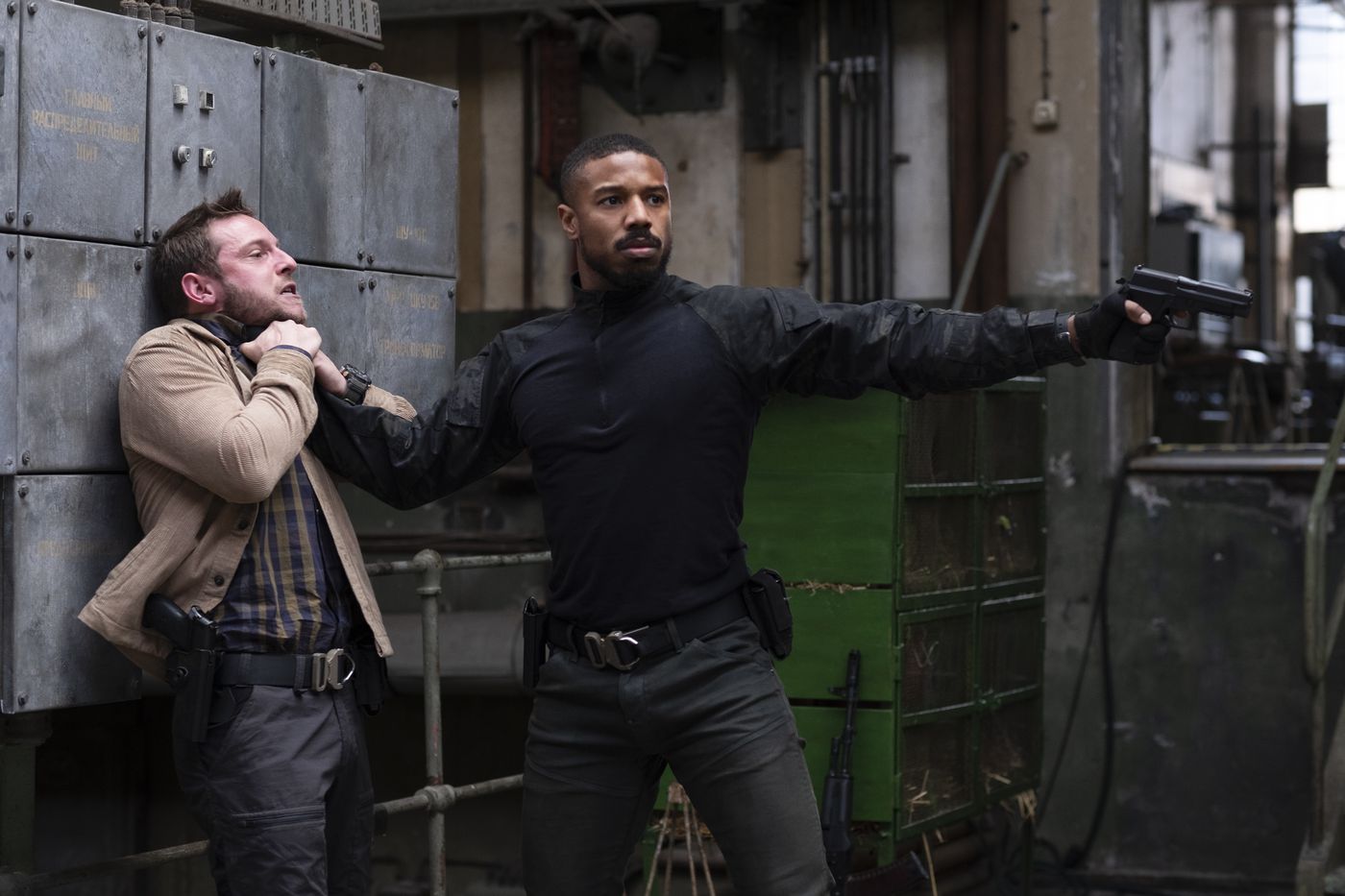 Casting directors need to stop casting Guy Pearce as a villain. Guy Pearce needs to stop accepting roles as a villain. While the script for the film is unnecessarily complicated, it is predictable because of Pearce being cast into the role of Secretary of Defense Thomas Clay. The second I saw how he was dressed, how he was acting and some of what he was doing early on, it was easy to predict that he was eventually going to be the bad guy by the end of the film. Pearce is playing a mix of two of his previous characters, Peter Weyland (Prometheus, Alien: Covenant) and Aldrich Killian (Iron Man 3), in this film.

I did like the mid-credits scene between Ritter and Clark. I loved that they were able to introduce Rainbow and this makes me look forward to the next film – with the hope that the script for the next film will be better.