Jason Statham hasn’t created a genre all to himself like Liam Neeson has, but he has been playing the same version of the same character for a while now – just like how Bruce Willis is Bruce Willis and Ryan Reynolds is Ryan Reynolds on screen. Wrath of Man doesn’t change much for Statham.

As the movie opens, we are treated to one of a few different points of view of an armored truck heist. The opening scene is very well done and confines the action to the inside of the armored truck, giving it a sense of claustrophobia. After the heist, we meet Patrick Hill (Jason Statham) who is an armor truck guard looking for a new job, he gets a job at the same company that just got robbed. Hill is given the nickname “H” by Bullet (Holt McCallany) because they are now partnering up in the trucks. Much like John Wick or Nobody or Bryan Mills, Hill has a very particular set of skills that no one had expected from him.

Wrath of Man is a revenge thriller at heart. There are aspects of a heist film in Wrath of Man too. The movie does take a while before it gets exciting, it is a slow burn with a really slow unravel of the core story.

The script by Nicolas Boukhrief, Éric Besnard and director Guy Ritchie plays with time and reorders the events in the movie for what they think is maximum impact. But, for an audience member it was just unnecessarily convoluted. To give an example, in the mid-portion of the film, the movie goes from now to three months forward, then five months back, then three weeks later and then five months later. Go ahead, tell me where we are in the time line by that point.

The one thing that I did appreciate from the film was its revisiting of the opening scene and showing it from multiple different points of view – and laying information with each revisit. It was very well done.

Jason Statham is Jason Statham in this film and I am sure that is the draw of the film – and therefore, no one will be disappointed by Statham. Holt McCallany, whom I only recall seeing in Fight Club, was great in the film. I really loved his performance. Scott Eastwood was too one dimensional in the film, crazy and evil without nuance. It was nice to see Jeffrey Donovan onscreen again, but he was not give much and the character they saddled him with was thin at best – it reminded me of the character that Curtis Jackson played in a different heist film, Den of Thieves. Both Donovan and Jackson’s characters, in their respective films, were throwaway characters that got scenes with their families as a way to add flavor to their characters – unsuccessfully in both cases.

The action in the film was rather tame.

The score by Christopher Benstead was overbearing and the theme for the movie was repeated unendingly throughout the whole film to the point that it was grating. 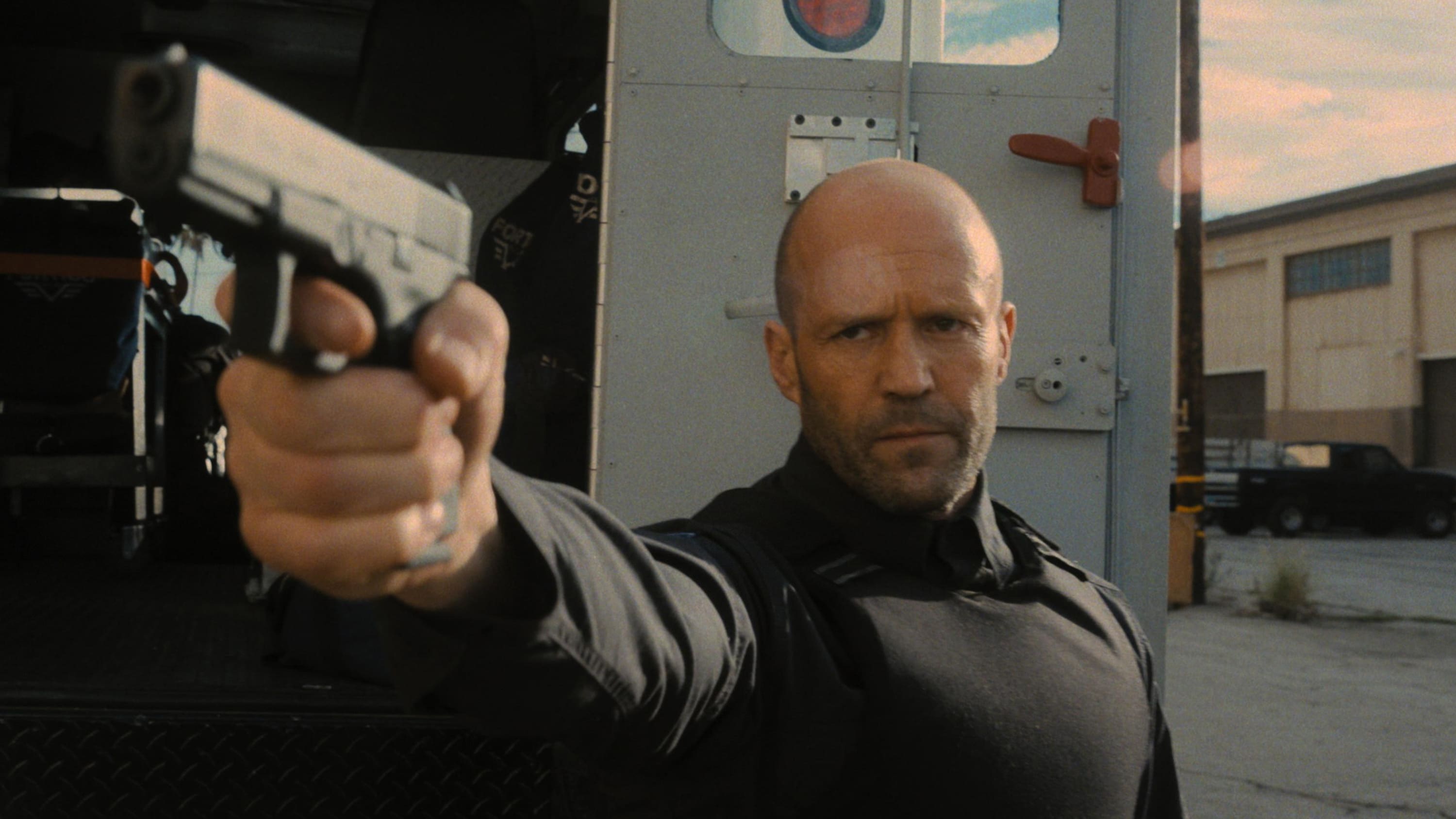 It was very clear that only one person, Scott Eastwood’s Jan, would survive the heist. It was painfully predictable because who would H get revenge on if Jan died during the heist?

Wrath of Man pays such homage to “Heat” that it brings with it the same plothole that “Heat” had: The crazy uncontrolable character that ruins the heist. In “Heat” that character was Waingro (Kevin Gage). Here in Wrath of Man it is Jan (Scott Eastman). Why would smart team leaders like Neil McCauley (Robert Ne Niro) in “Heat” and Jackson (Jeffrey Donovan) in Wrath of Man bring onboard their team a wild card like these characters? These wild card characters are only there to serve the plot.

How did H survive the gunshot wounds at the end?

I still have no idea about what Andy Garcia’s character was doing in the movie or what purpose he served.