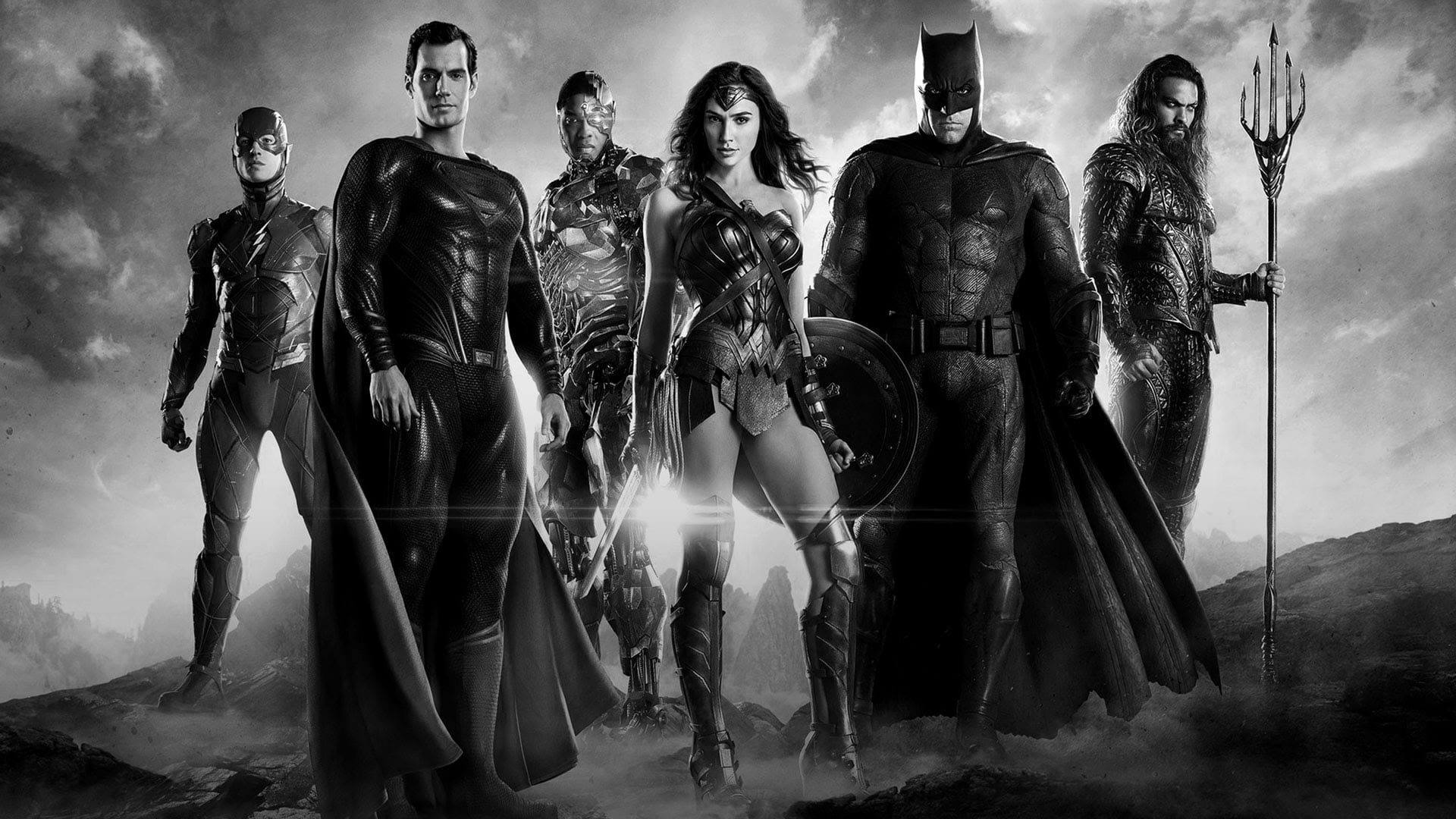 To be clear, the Zack Snyder version of Justice League is far superior to the 2017 version.

Chapter 1 - There Can Only Be One

Following the end of Dawn of Justice where Superman is killed by Doomsday, his death scream activates the trio of Mother Boxes. These boxes, when combined into The Unity can be used to transform a world – for better or for worse.

When the Mother Boxes were awoken, they sent out a signal that brings Steppenwolf (Ciarán Hinds) to Earth to hunt for the boxes and then to activate The Unity. By doing so, Steppenwoolf would redeem himself while reclaiming Earth for the ultimate bad guy, Darkseid (Ray Porter).

This is the backbone of the main plot of the film, but the film itself has multiple subplots that deal with each of the DC superheroes. These subplots all stem from Batman (Ben Affleck) and Wonder Woman (Gal Gadot) working together to recruit and put together a team of individuals to help protect Earth. These individuals include The Flash (Ezra Miller), Aquaman (Jason Momoa) and Cyborg (Ray Fisher).

When Batman v Superman was released, I was not a fan of Ben Affleck as Batman or Bruce Wayne. He did have the physique for Batman, but he never fit as Bruce Wayne. Affleck fairs better in Zack Snyder’s Justice League and does well both as Batman and Bruce Wayne. I am more convinced now that he is Bruce Wayne. I liked how Affleck played Bruce Wayne as less of a madman and more of an earnest thoughtful man who is looking to right a wrong that he has committed – and fix the broken world that he created. The best Bruce Wayne is still Michael Keaton because he brilliant captures the charming billionaire side of Bruce Wayne. Affleck still hasn’t captured that part of Bruce Wayne, mainly because the scripts never give him anything close to that to work with. The most Affleck gets to charming billionaire are his quips about being rich.

Gal Gadot is wonderful (get it?) as Wonder Woman – as she has been throughout each of the DCEU films she has been in. She transitions between Diana and Wonder Woman brilliantly. The opening bank scene lets her flex her muscles and show what a true badass Wonder Woman is. I do wish that Snyder had more for her to do as Diana.

Cyborg’s story is one of the strongest of the newcomers. It was the emotional hook for the movie and it played out so well because of Ray Fisher’s performance as Cyborg and as Victor Stone. Zack Snyder’s Justice League would not have worked if it had not been for this very strong emotional storyline that runs through the whole film and brings humanity and hope to an otherwise dark and bleak film.

Strangely, while I loved the movie Aquaman – it is my favorite to rewatch of all the DCEU films – Aquaman constantly felt out of place in this film. I liked The Flash and I really liked his intro story with the puppies and his meeting with Bruce Wayne. He does get a growth path through the film, unlike Aquaman, and it was great to see The Flash embrace his inner-hero.

The one person I really liked in the film, as I did in Batman v Superman, is Jeremy Irons and his portrayal of Alfred who is not subservient to Bruce Wayne, but an equal, especially when it comes to engineering.

Chapter 4 - The Window Into Your Soul

Snyder has always been a visual director. His work in 300 showed that he could create incredible visuals onscreen that are spectacular. Snyder’s visual style and flair has been infused into each of his DCEU films – including Zack Snyder’s Justice League. Zack Snyder’s Justice League is visually stunning. The action that Snyder films is easy to follow and impactful. The only one drawback is that some of the scenes look very artificial and it does take me out of the film briefly.

The 1.33:1 aspect ratio that the film is presented in is jarring at first. I spent a lot of time during the four hours reframing each shot mentally into what it would look like in the Man of Steel 2.35:1 or the Batman v Superman 2.39:1 wider aspect ratios. But, I also spent time looking at the whole frame of each shot and was amazed to see what Snyder and his cinematographer Fabian Wagner were able to put into each frame. I think the film could have worked in either 1.33:1 (as presented) or as a cropped version in the wider 2.35:1. I appreciate that Snyder stuck with presenting this film as 1.33:1, it is a ratio that is not used much and it has a certain novelty to it.

The score by Tom Holkenborg (aka Junkie XL) is worth mentioning as it stretches most of the four hour running time. It is well done and includes many of the themes that he and Hans Zimmer created in Man of Steel and Batman v Superman: Dawn of Justice.

Snyder smartly breaks up the film with chapter breaks. Not only does this let people who can’t sit through the film in one sitting have logical breakpoints, but it also gives all of us a point where we have anticipation for what is to come next. Each of the six chapter breaks is a serves as a micro dénouement for that portion of the story.

While a four hour long film sounds daunting, it does move along quick enough and the story is compelling enough that I never felt bored or looked at my watch. The movie pulled me along with its characters, the action and the visual spectacle.

Zack Snyder’s Justice League is definitely worth watching and I highly recommend it. I will be watching this again.

THERE WILL BE SPOILERS

While I understand that having an audience sit in a theater for four hours is a stretch, I think Warner Bros really messed up by having the 2017 version cut down to two hours. I found the 2017 version interesting, but not the greatest. I went into my screening of the 2017 version knowing the history behind it and with that, I had very low expectations. I did write some notes about the 2017 film after I saw it in the theaters. I never took the time to write a full review, but I’ll tackle some of my notes here.

Danny Elfman’s score for the film, which brings back his original Batman theme and also John William’s Superman theme was fantastic.

I did like Elfman’s score for the 2017 film. I found it interesting that he brought back his own Batman theme and also John William’s Superman theme. Does Holkenborg’s score with the Holkenborg/Zimmer Batman and Superman themes work better? Yes, I think so. While it was cool that Elfman brought in the older themes, it was an unnecessary distraction. It made me think of the older films instead of keeping me in the current film. Holkenborg’s use of the themes for this series of the films works and works much better.

Cyborg in the movie was a bit too complicated.

This criticism, now that I have seen Zack Snyder’s Justice League, completely stems from Whedon cutting out almost all of Cyborg’s backstory. And reducing him to a whiny character in the 2017 film. I am very disappointed that Whedon cut Cyborg’s story and I cannot fathom why he would because Cyborg’s arc through the film is so critical to the film. It was very short-sighted of Whedon to do so.

The ending of the film seemed a bit rushed and abrupt.

This is obvious. It was abrupt because the 2017 version was only half of the real movie.

What was a real crime with the 2017 movie was that it removed so much of the connective tissue for the this movie. The Zack Snyder’s Justice League has all the details that make the movie flow smoother and all the exposition that give the audience an understanding of why things are so important. The Mother Boxes are given a full explanation that makes their importance to the whole storyline obvious. The aforementioned Cyborg origin story is key to everything. The Flash origin story makes him a much more endearing character and gives him room to grow at the end. Batman/Bruce Wayne is mellowed out with the extra scenes he is given. Alfred is given so much extra dimensionality with his extra scenes.

The inclusion of Darkseid in the film raises the stakes for keeping The Unity from forming. Steppenwolf is given a proper backstory also so that we can understand his motives.

With the inclusion of more scenes for Silas Stone, his sacrifice is given emotional weight. And also, his final act before sacrificing himself gives explanation to how Cyborg is able to locate the final Mother Box. And the explanation in Zack Snyder’s Justice League is much more logical and believable than the one in the 2017 version.

With Joss Whedon’s name completely removed from the credits, I can assume that everything that Whedon added to the 2017 version has been excised. No more Russians in the dome. No more Superman racing The Flash. No more Aquaman sitting on the Lasso of Truth. No more fake drama when talking about the Mother Boxes in the Batcave. And most importantly, no more goofy Superman opening scene with the digitally removed mustache.

The Epilogue was great, even if it had Jared Leto. I really liked seeing Joe Manganiello as Deathstroke again. I am saddened that he will not get his own film. The appearance of Martian Manhunter was a genuine and welcome surprise for me.

The R-rated version Wonder Woman’s opening action scene in the bank left my jaw on the floor. The raw power of her bracelets was tremendous and they’ve never been shown in this way.

If anyone is to be blamed for the mediocre success of the DCEU, it is Warner Bros with their heavy-handed control over how the films were made. This can be seen with Dawn of Justice and Justice League. The theatrical cuts of both films were hobbled because the studio thought audiences could not sit through a film longer than two hours. By having these two films cut down to two hours, Warner Bros cut the films off at the kneecaps and maimed the storytelling. With the restored footage and added details in each restored films, we can see that these movies flow smoother, characters are more well-rounded and there is a vision that spanned both within and between all the DCEU films. It is unfortunate that the execs at Warner Bros did not see this, and if they did see this, that they were short-sighted enough to not back the vision.

With a lack of support from Warner Bros for continuing down the path that Snyder created for the DCEU through Man of Steel, Dawn of Justice and Zack Snyder’s Justice League, we are left wanting for more, yet knowing we won’t ever get it. The epilogue with the Knightmare sequence and also the Martian Manhunter visiting Bruce Wayne opens doors to stories we will never get to see. The Knightmare sequence teases of things to come and pays fan service to DC comic, videogame, TV and movie fans. There are references throughout the film for DC fans. References to The Dark Knight returns comic by Frank Miller. References to the Injustice videogame and comic series. Zack Snyder’s Justice League itself is one big reference to Jack Kirby’s New Gods comic series.

I am glad that Zack Snyder got the chance to put together the version of Justice League that he originally envisioned. And while I am not a huge fan of his dark and broody vision of the DC universe, I do appreciate that he brought it to life in such a compelling and complete way. It leaves me saddened that what he has created will be left unfinished.