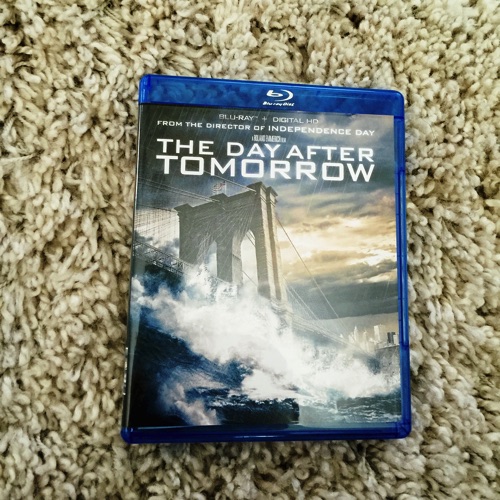 I often wander into a Best Buy or Fry’s and look in the bargain bins for old movies that I love to watch over and over again. Usually, they are not Oscar-bait movies, but dumb action films. Sometimes, I will find gems. For example, today I found at Best Buy, Roland Emmerich’s 2004 disaster flick (both in the terms of world destruction and the disaster of science it presents) The Day After Tomorrow – not to be confused with his 2009 disaster flick 2012.

The Day After Tomorrow Blu-ray cost $5 and came with a free UltraViolet copy to stream from any one of the UltraViolet movie sites (Vudu, FandangoNow, Flixster, etc). It often makes wonder why anyone would buy a streaming-only copy of a film. Looking around for the price of the streaming-only version of this film (ie. no physical media), I found: Amazon at $13, Vudu at $14, FandangoNow at $14 and iTunes at $15. Even if the Blu-ray were not on sale, the Blu-ray sells for $10 – and still comes with the free streaming version.

Buying it on Blu-ray (with streaming version free) has a few advantages for me:

Even if a Blu-ray does not come with a free streaming version, is there any good reason to buy it digital only? Convenience?