Now that the season is ending, I wanted to say that I really enjoyed this season and the content that was produced for it. The new map Exposure was great, the rework of Kaleidoscope was a worthy addition. The new specialist, Liz, is the specialist I play as the most. 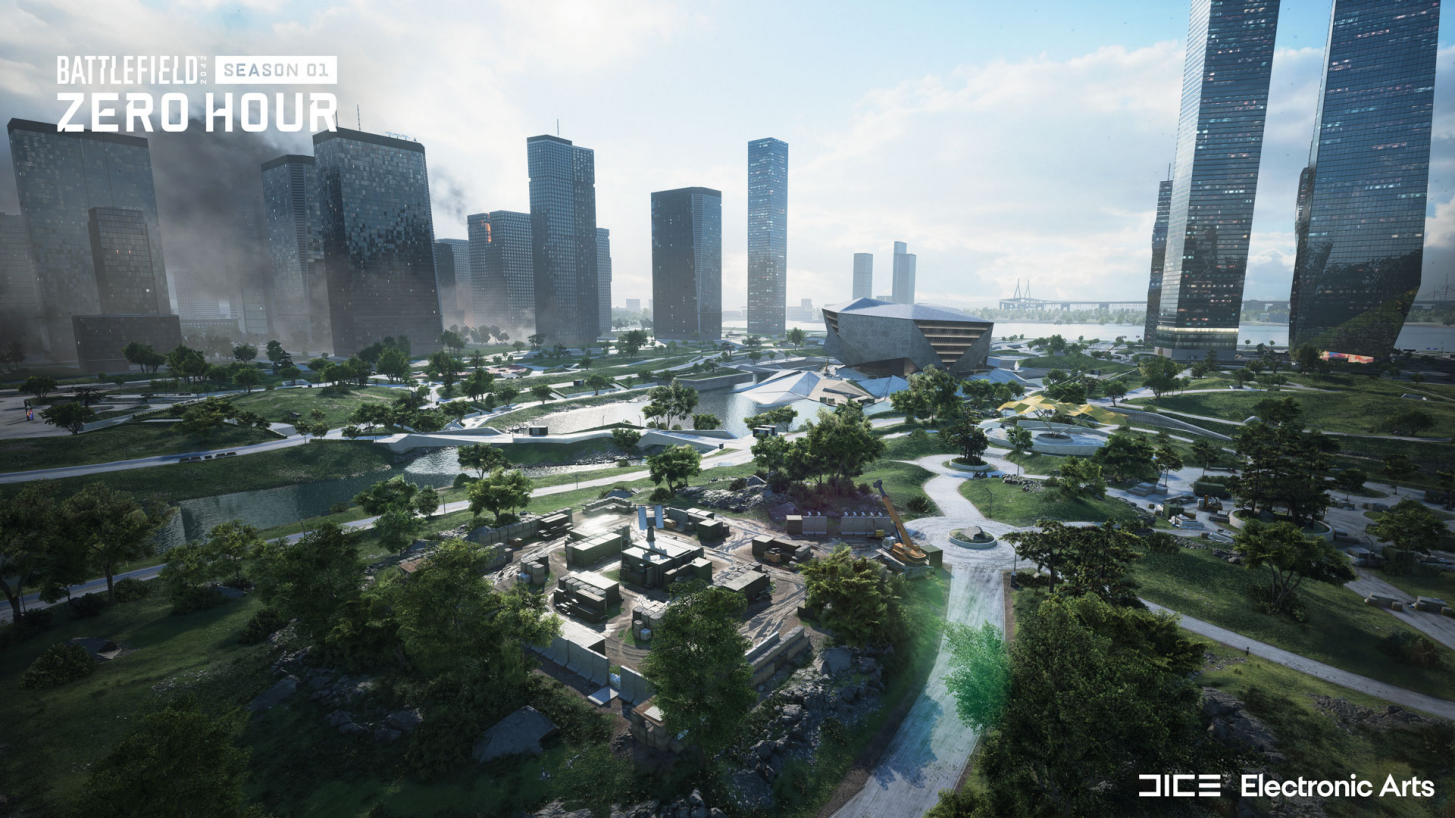 The team at DICE released the incredibly fun map Exposure at the start of season one. They followed it with a rework of the Kaleidoscope map that added cover, modified the terrain and added forward operating bases. Was the rework successful? Definitely. Kaleidoscope became much more entertaining because of the changes – one of the changes I liked was relocation of C1 and C2 points in Breakthrough from the top buildings to the ground floor. The original map made it nearly impossible to take C1 and C2 as they were bottlenecked by elevators.

The forward operating bases in the A sector of Breakthrough are also much better, with enough cover to make it a challenge for both attackers and defenders. 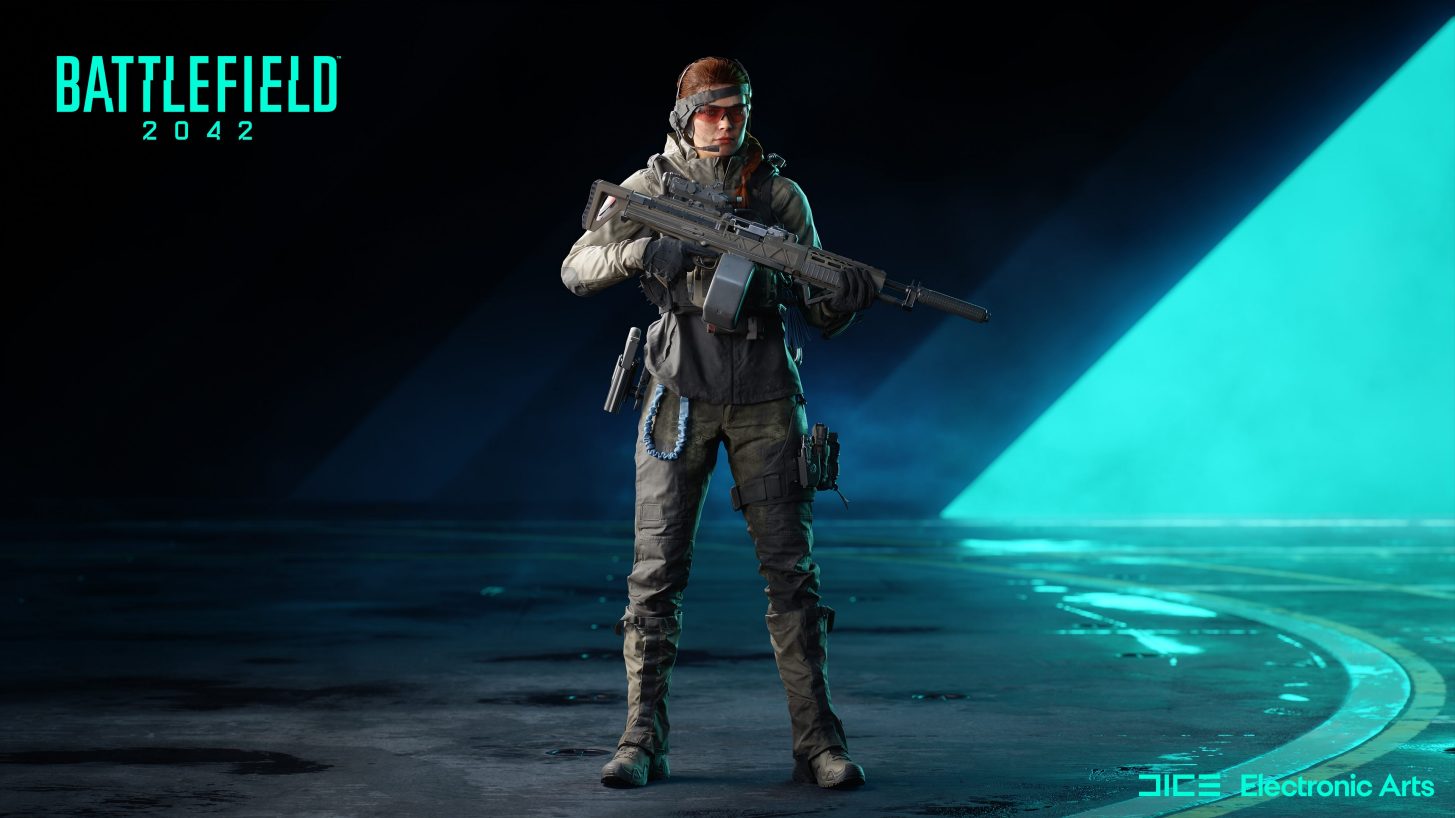 Liz was an awesome new addition to the roster. She is the specialist that I have spent the most time playing because I love her G-84 TGM guided missile launcher – that I use as much for taking out vehicles as I do for sniping soldiers. 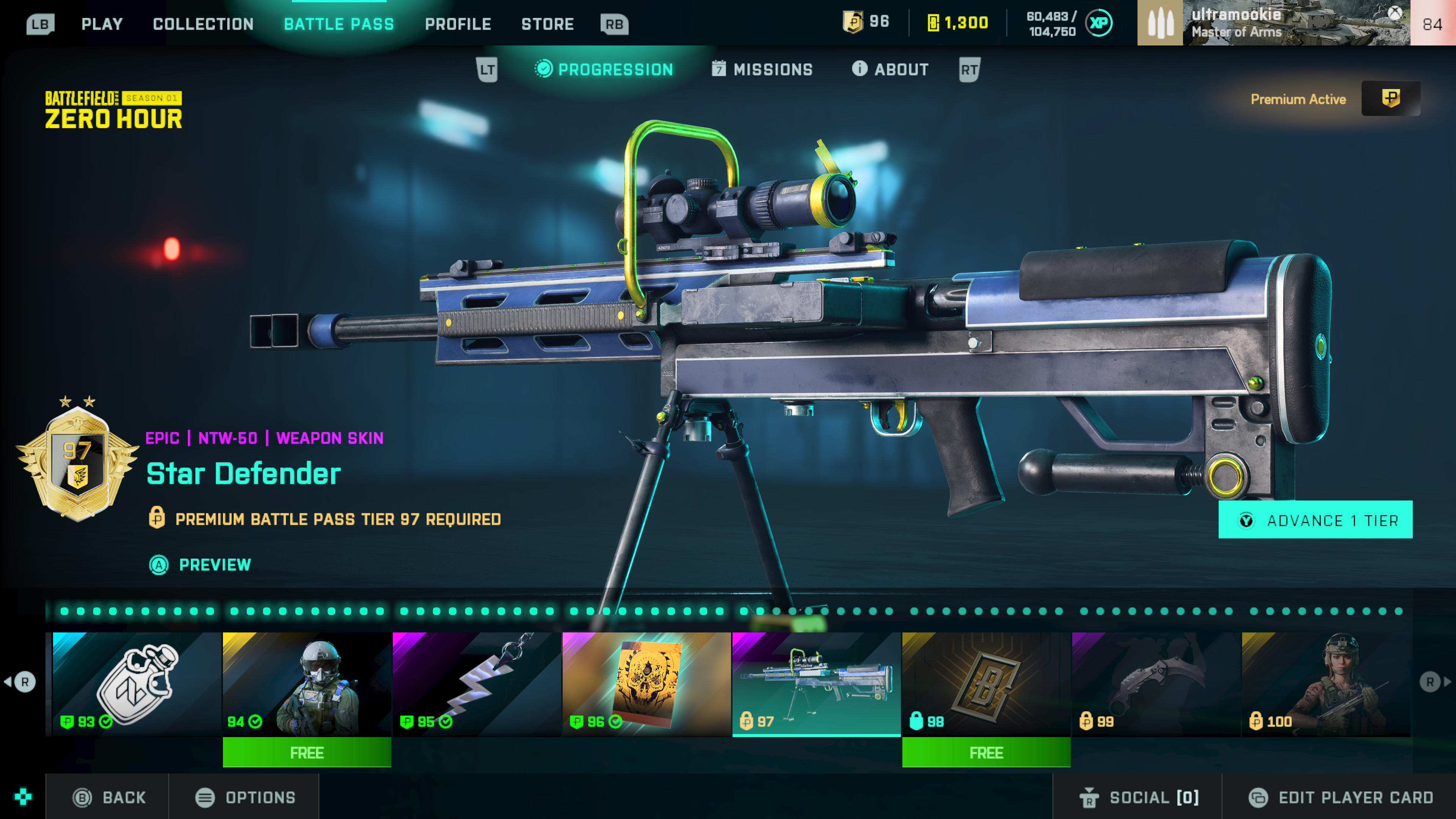 The Battle Pass was well thought out with missions that were not too easy to achieve, but still challenging enough to make them worth while to attempt. I paid my $10 to get enough Battlefield Coins to get the pass and then played almost daily to work through the 12 weeks of missions – the missions encouraged me to try different specialists, weapons and gadgets each week. I reached level 96 of the Battle Pass and I am happy with that progress – especially given that I only play the game casually. I have saved enough BFC to buy the next Battle Pass without having to pay actual money.

I don’t really care about the cosmetics that I was earning – though there were a couple that were cool. What I liked about the Battle Pass was that it gave me a sense of progress throughout the season.

The season wasn’t without frustration. The new helicopters were way too powerful against infantry, the BSV-M was overpowered also, the Ghostmaker R10 was no fun and there were random bugs that made for frustrations. One frustration being the countdown for the bonus for the first game of the day being broken. The countdown would always be greater than 24 hours, leaving people unable to get 10,000 XP points for their first match of the day. DICE eventually doubled the 10,000XP, which made up for things.

Overall, I feel that DICE is on the right path. They have been listening to Battlefield 2042 players and actively making changes based on feedback. The content that they are releasing is well done and adding value to the game. The Battle Pass is polished and worth the money.

At this point in time, is Battlefield 2042 worth playing? Yes. DICE is improving the game and making it fun to play. 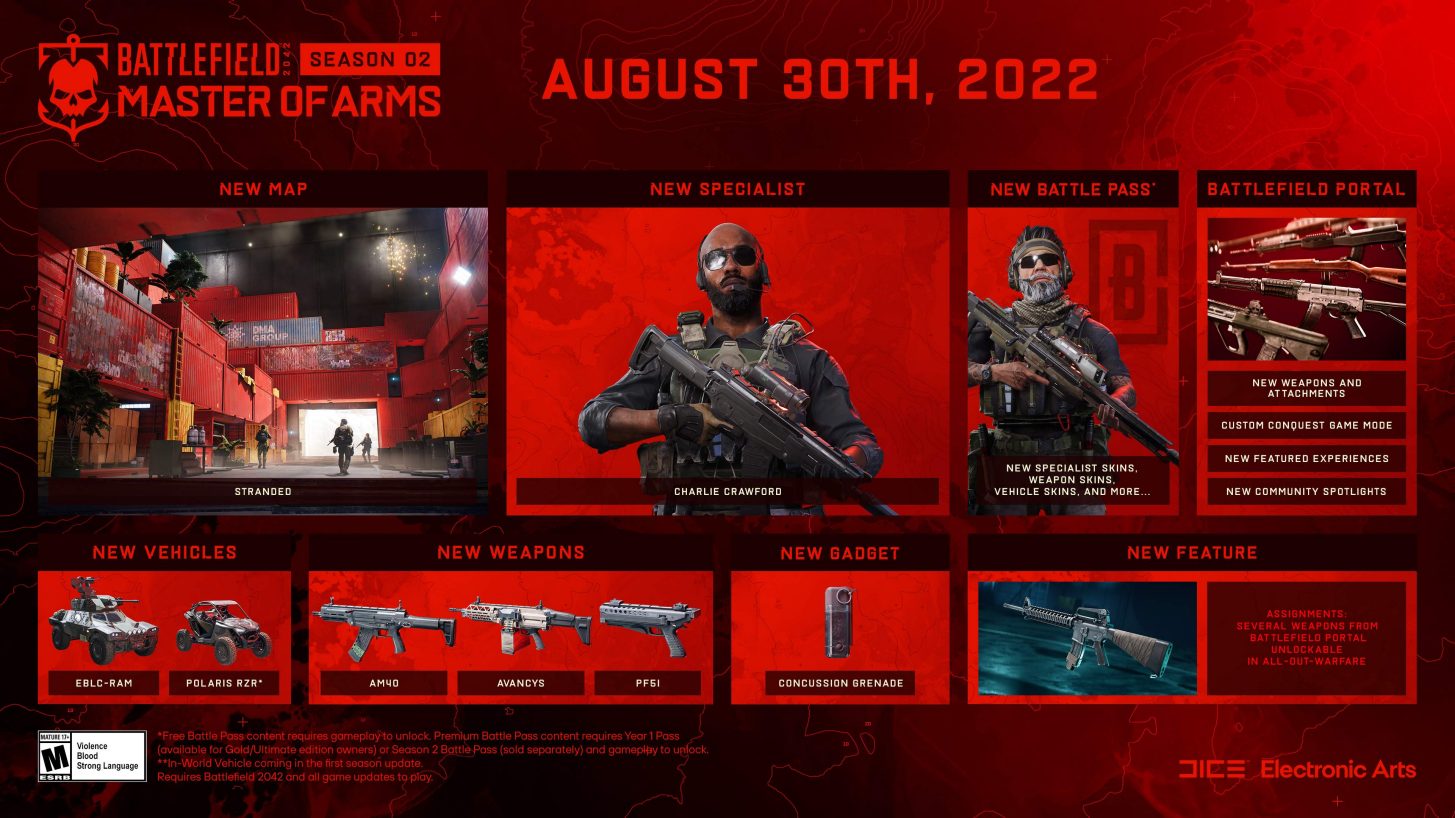 Tomorrow we’ll get the second season of Battlefield 2042, titled Master of Arms. I am looking forward to playing the new season. The new map, Stranded looks like it’s going to be a blast with lots of CQB. There are two map reworks, Renewal and Orbital, coming with season two and both are looking rather good. And the addition of two Portal weapons to the main game is going to be a nice augmentation to the tiny stable of weapons that launched with the game – even better news is that more Portal guns will be ported over.

Keep up the good work DICE.

My Season One Progress

Here’s how I did in the first season. 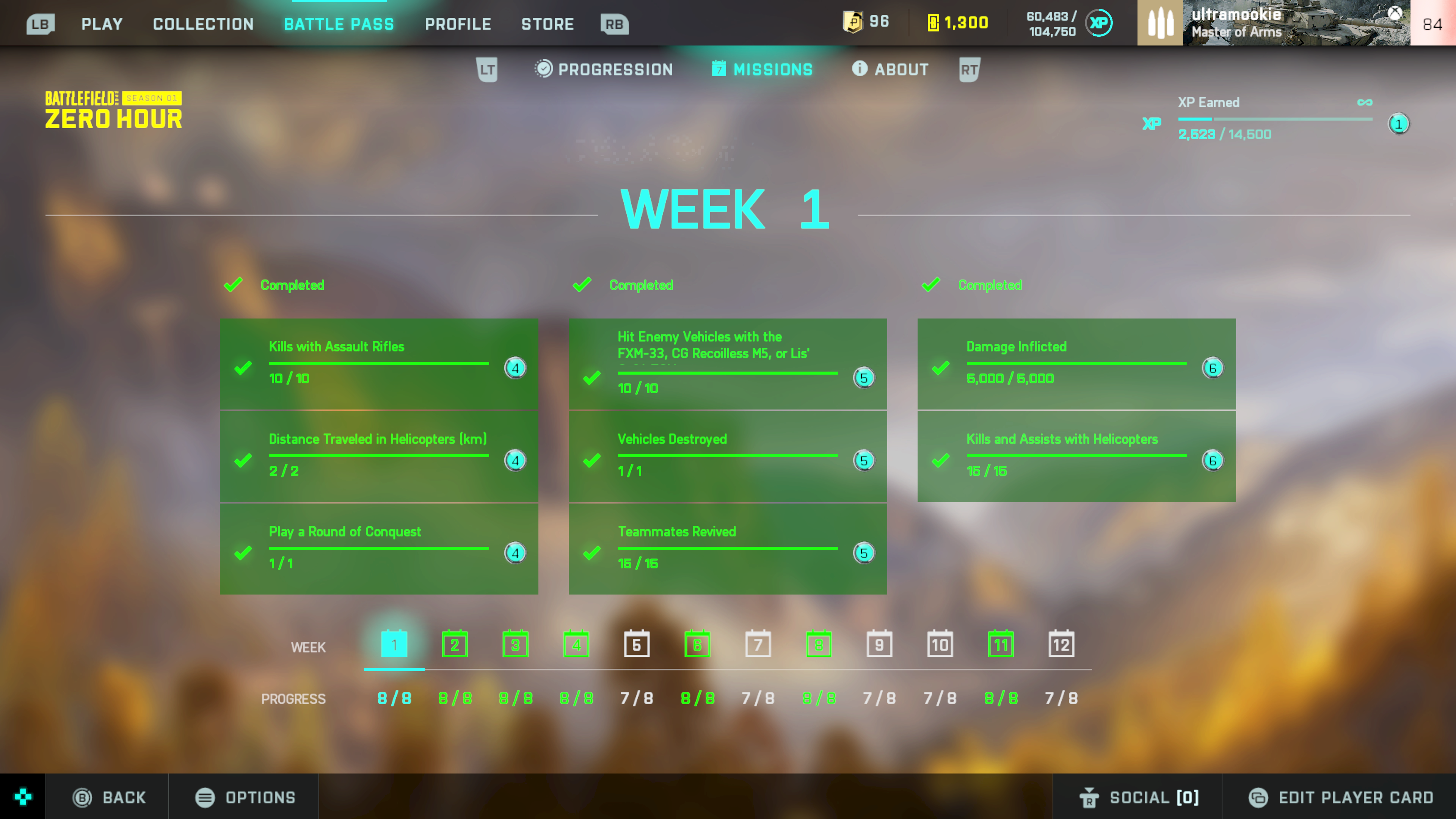 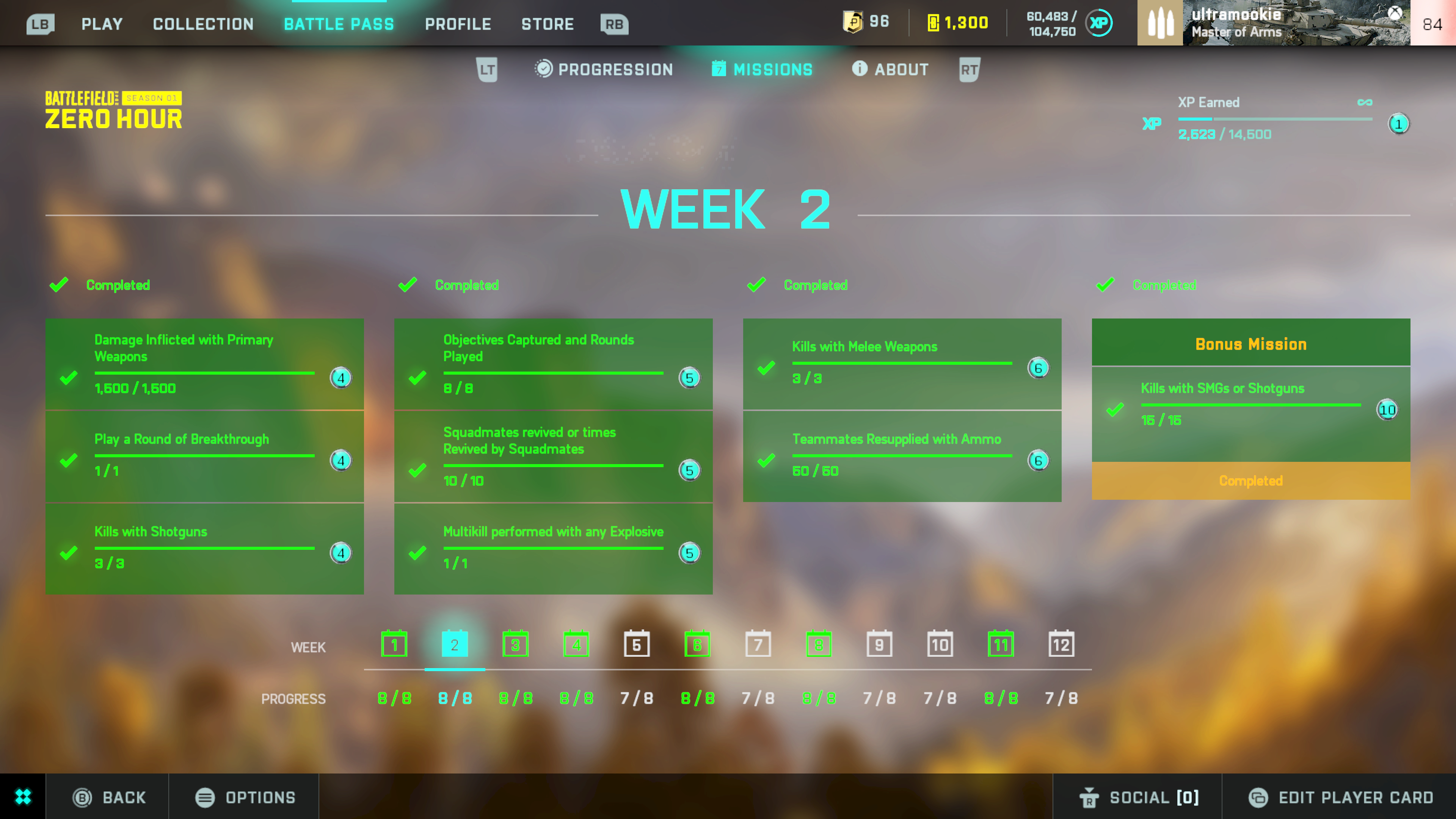 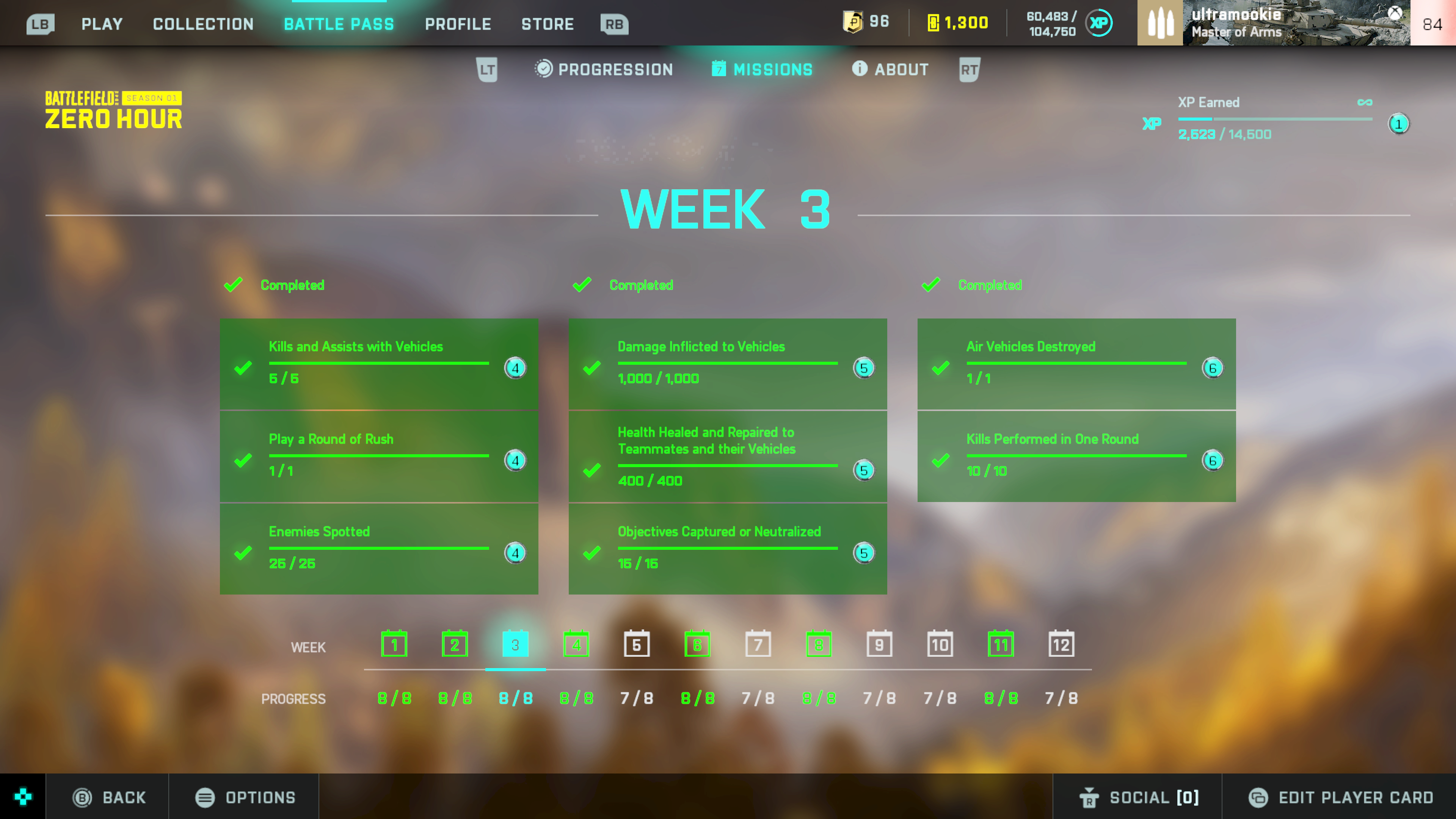 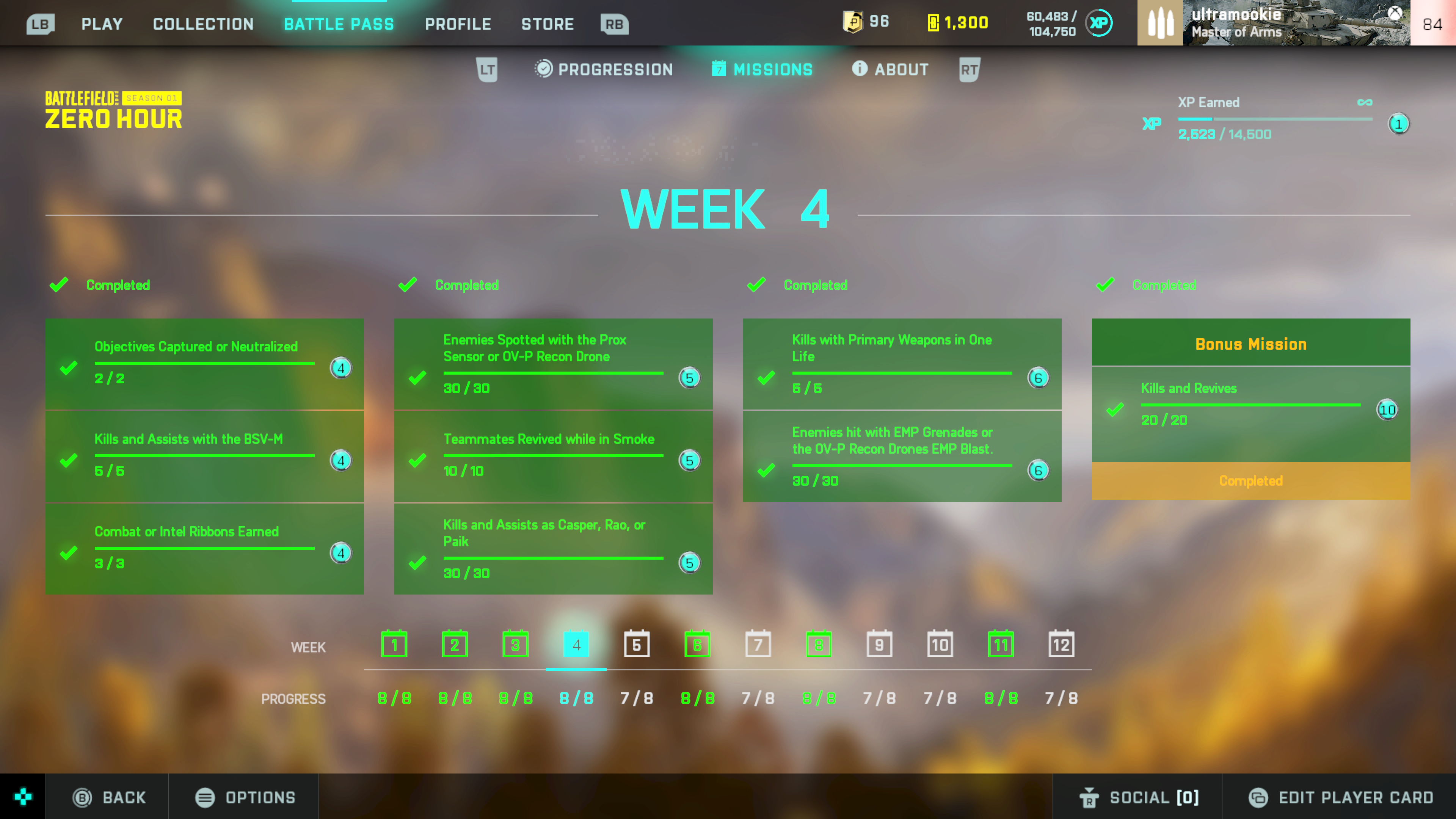 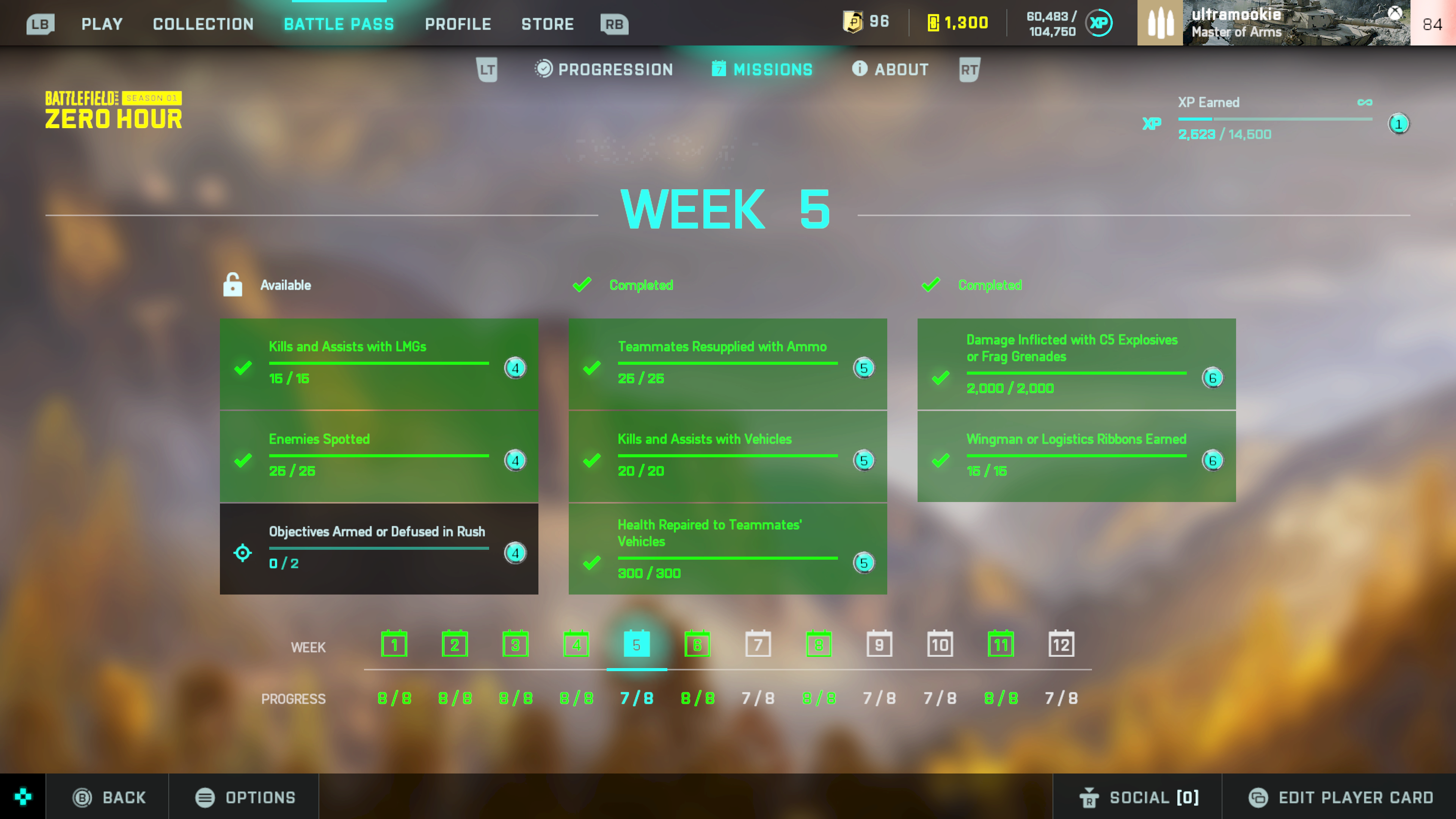 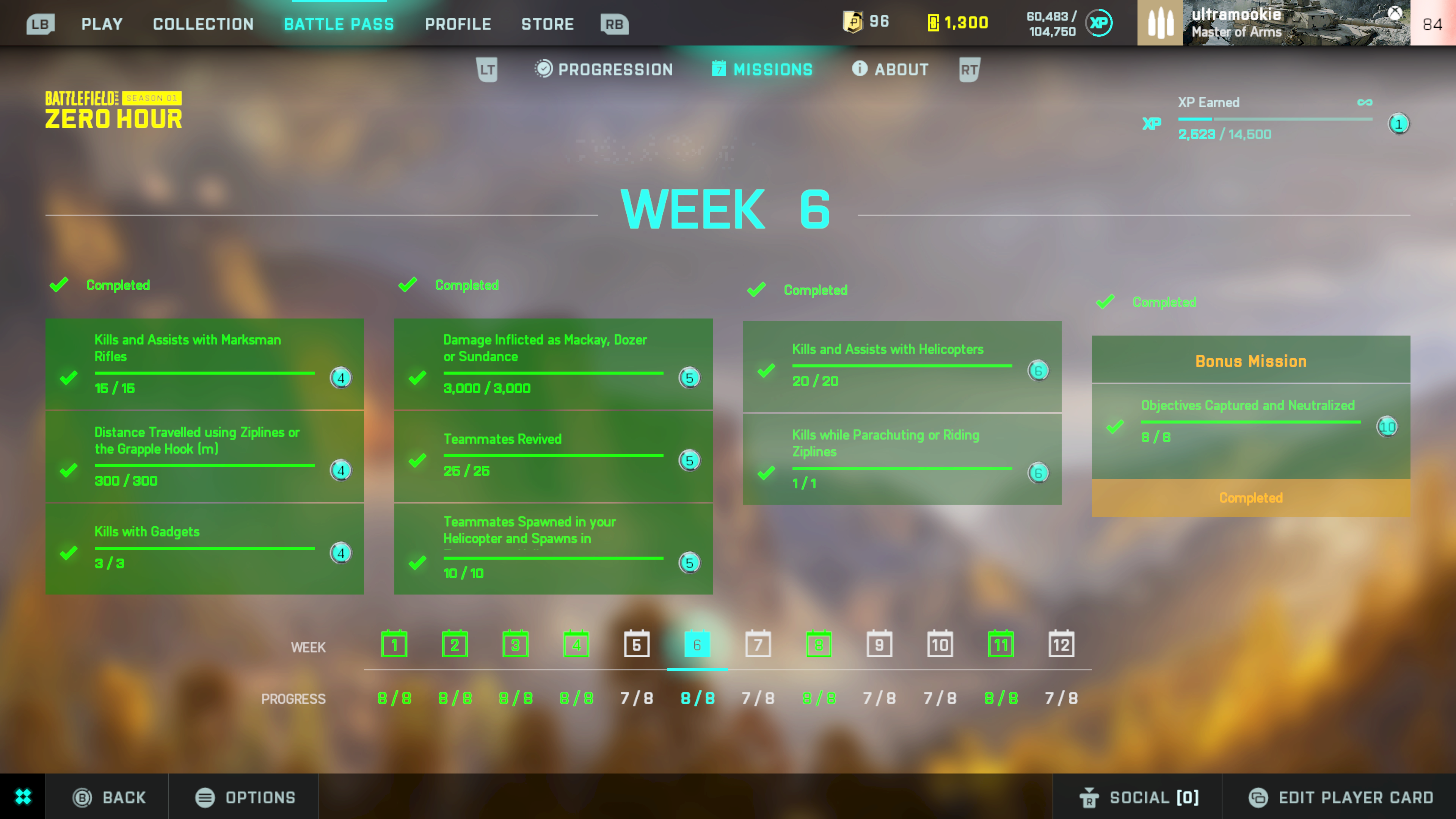 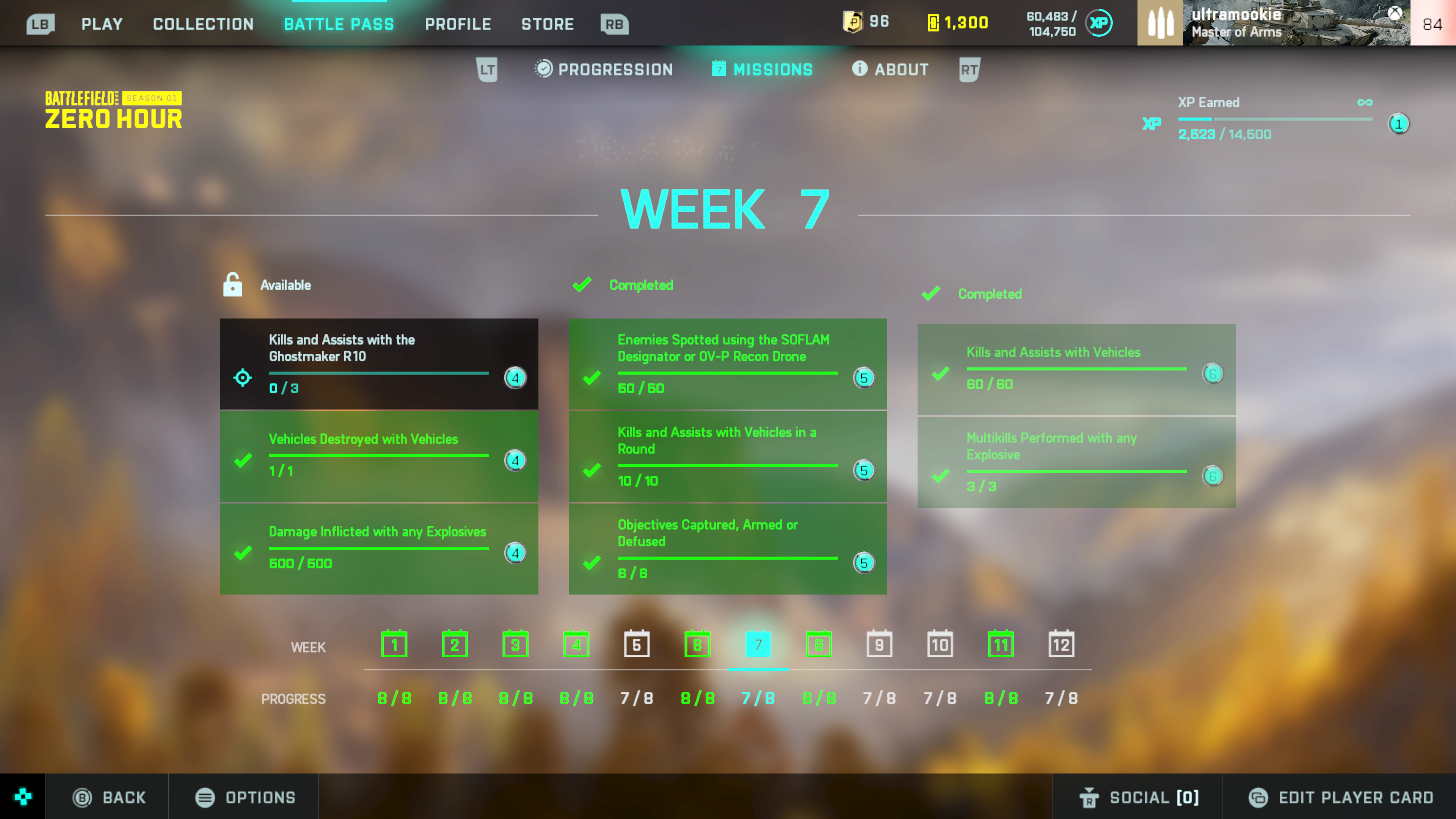 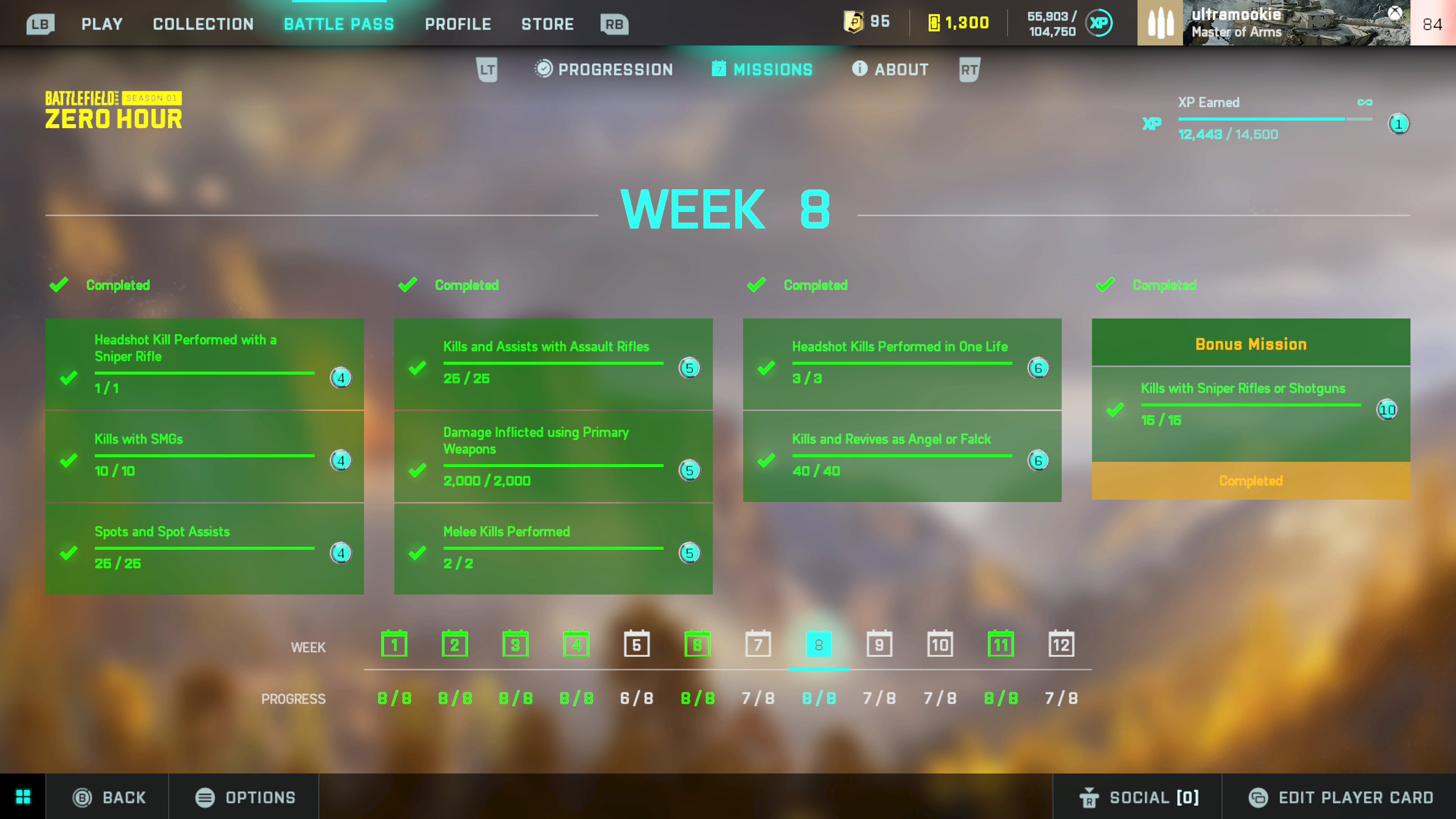 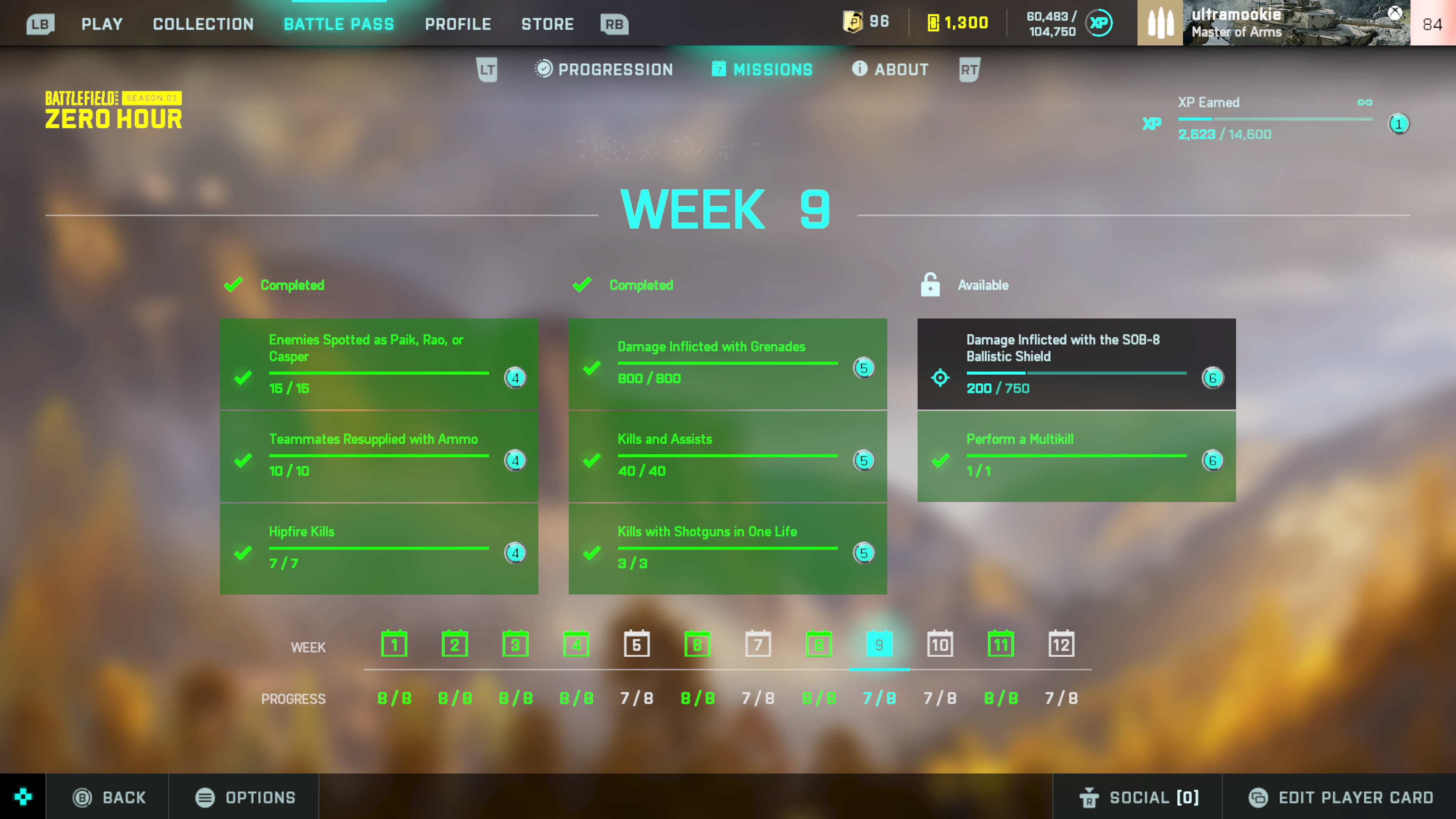 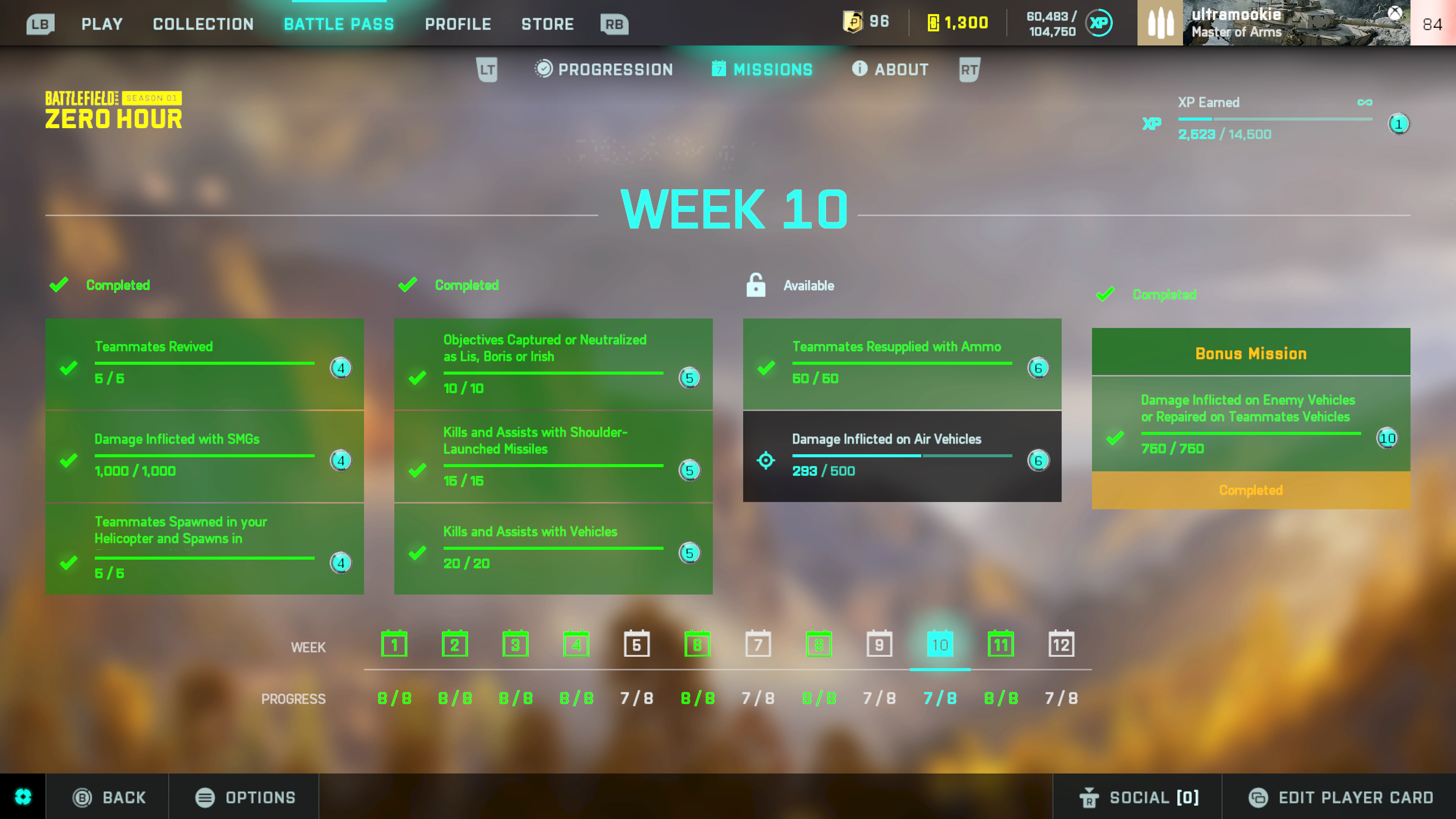 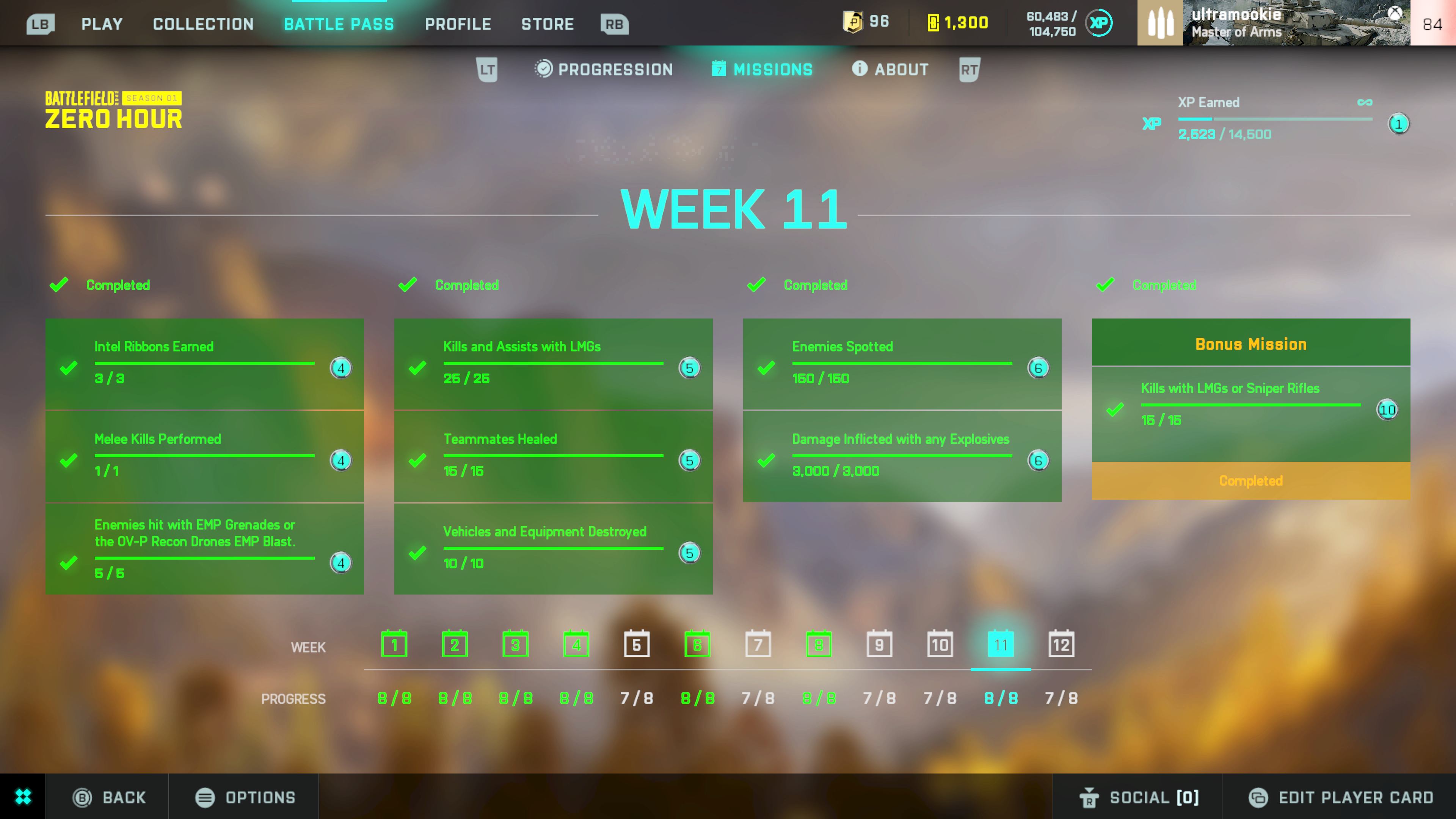 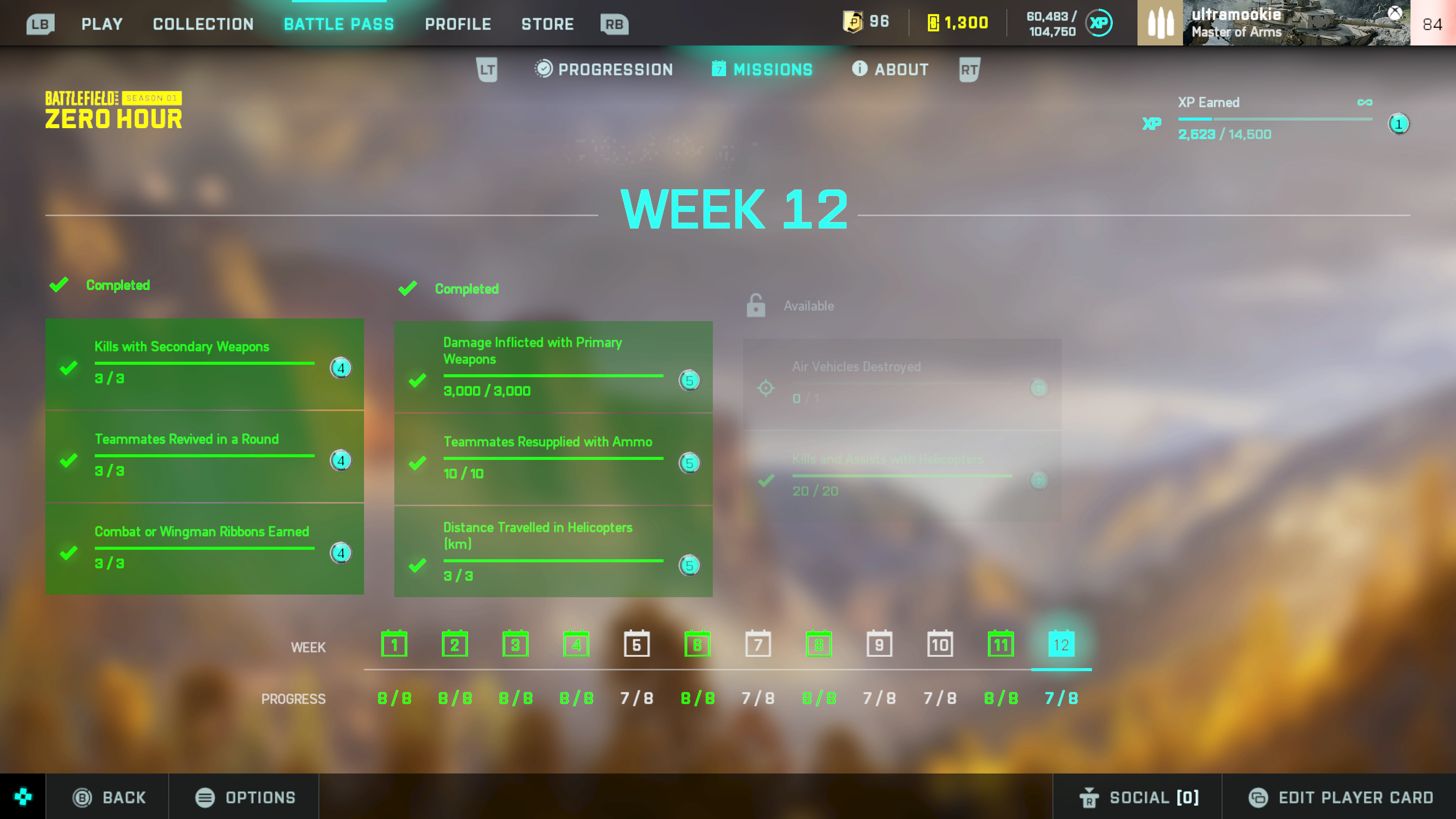