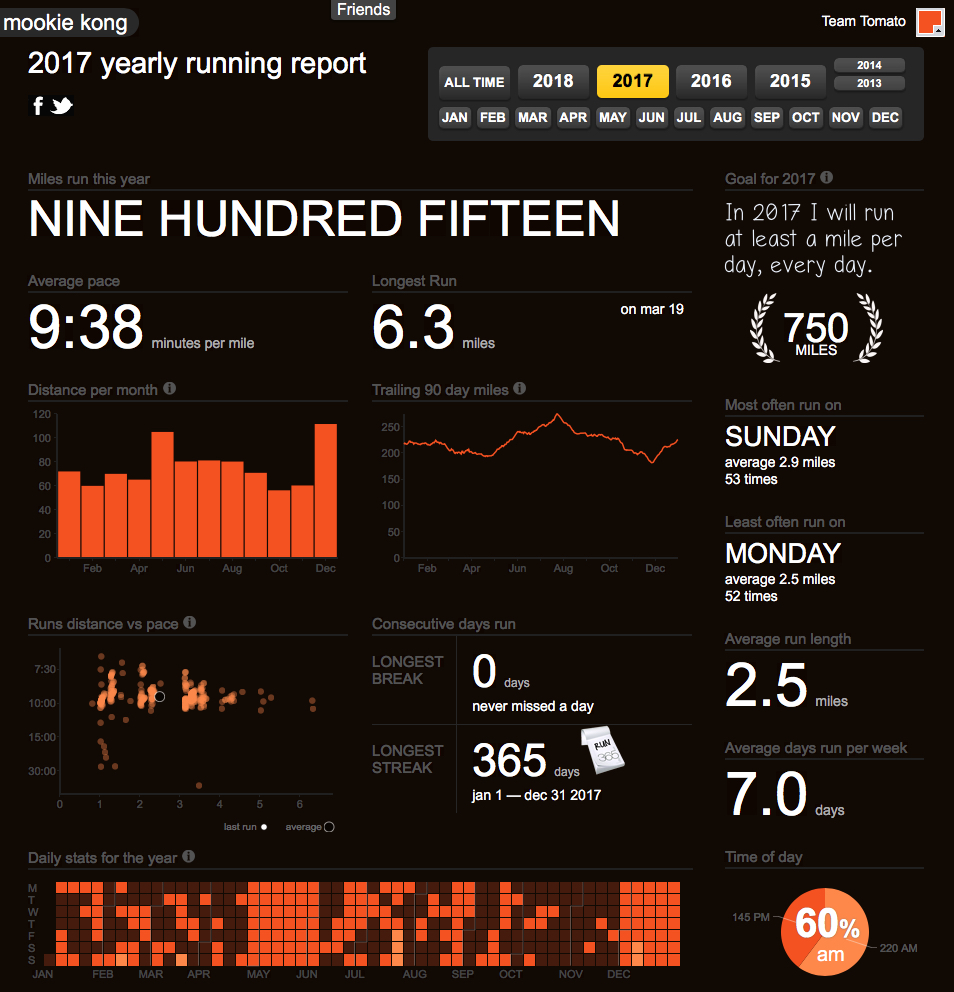 In 2017, I changed my goal to “at least a mile per day” instead of running a mile per day. There were a few days that I was just too sick to run a mile, but still got up to get a mile done, albeit a little slower. Those days were far and in between though and for the most part, I ran almost every day in 2017. The biggest accomplishment in 2017 for me was completing two months (May 105.1 miles, and December 111.7 miles) with triple digits for mileage. Those months, I ran at least a 5K each day.

The most miserable cold run last year was in Bellevue, WA where I had stupidly packed shorts instead of running pants.

The most memorable run in 2017 was the first morning run I did it Hawaii. Running from the lagoon at Disney Aulani all the way to the Ko Olina Marina and back. It was one of the best runs I have ever done, not because of the run but because of the lagoons, the sunrise and the warm morning air. This run, I will remember forever.

This year? More running, I will still get in a mile per day, but I don’t know if I will continue to run the same amount of mileage as last year. We’ll see.