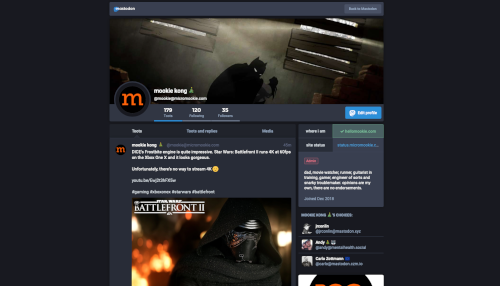 Here I am back with my own Mastodon instance on the Fediverse.

I’ve been on the Fediverse since late August when I setup my first Mastodon instance. I’ve setup Mastodon twice, the first time lasted a while. I got 1,000 toots before I moved onto experimenting with Pleroma because I wanted to cut costs. I was paying too much for single-user Mastodon instance. I found that Pleroma ran fine on the lowest cost Digital Ocean Droplet.

After a while, I decommissioned my Pleroma instance. I like Pleroma a lot, but there were issues with it and I did not want to deal with them. I went back to using mastodon.social until last week. But, being a person who likes to tinker, I wanted to setup and have my own instance.

I ended up setting up Mastodon on a Droplet with 1GB of RAM. My original two Mastodon instances ran on Droplets with 2GB of RAM, which costs twice as much. I found that using a 1GB swapfile with the 1GB RAM instance works fine. My instance is running at 80% RAM usage after everything settles down. It has been up for a week now and I have been happily interacting with my friends on the Fediverse.

The instance is named (Update: Instance is gone. Find me at mastodon.social).

I’ll see how long micromookie lasts, I think I will keep it for the long-term as I still want to interact with people on a social platform and to share information not in long form. Plus, the Fediverse is full of people that are nicer and more interested in interacting than broadcasting. 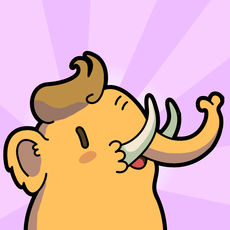 I have been using the app Toot! on my iPhone and iPad Pro for interacting with Mastodon. It is fun and whimsical – I mean, look at that icon!

If you haven’t joined the Fediverse yet, you should give it a try. Most people land at mastodon.social first and then move onto other instances. If you want to explore other instances first and find one based on your interest, here is a good place to start.

Once you’re settled in, you can find me at mastodon.social.