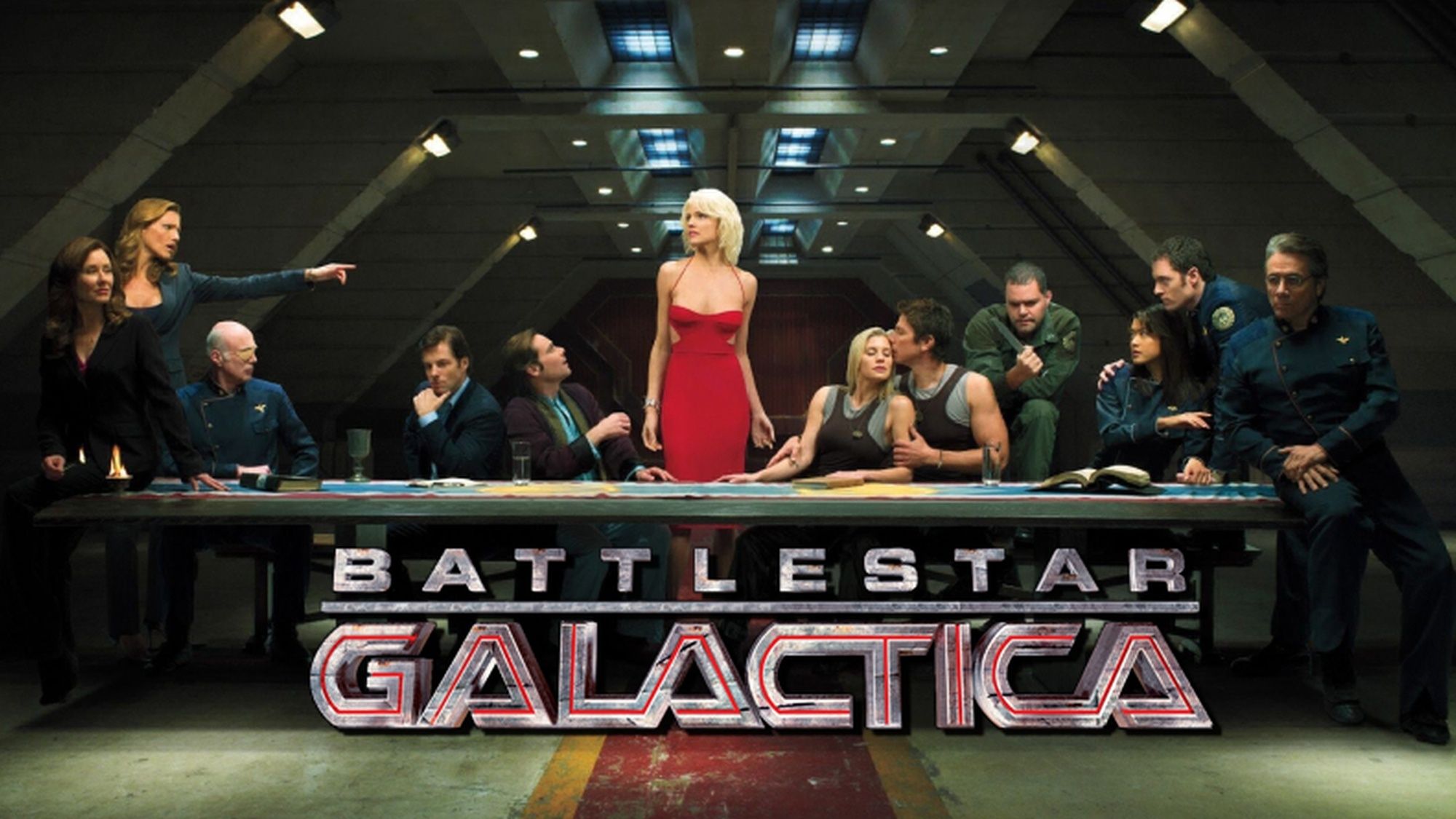 I have been watching Battlestar Galactica from start to finish. This is the first time that I have watched this series since I finished watching it when it was broadcast on the Sci-Fi Channel. I am in the middle of the second season and I have been constantly reminded why I love this show so much. It is such a well-written and well-made show – to continues to be timeless and timely at the same time. The episode I just finished watching “Pegasus” is the tenth episode of the second season and was the mid-point of the season before they went on hiatus.

I watched the broadcast (43 minute) version and the extended version (58 minutes) back-to-back to see what differences there are – there are quite a few. The broadcast version was great TV. The extended version makes it even better. Like Adama says in the episode about how things can be seen, the major differences between the broadcast and extended version is that the extended version adds a lot of context around what is happening. Small bits of dialogue scattered throughout the episode add much needed dialogue that then adds context and drama to what is happening onscreen. Understanding what Admiral Cain went through during the Cylon attacks gives us a view into her hardline stance against Cylons. There is explanation about the differenes in size between the Pegasus versus the Galactic (Pegasus is newer, larger and more powerful). A scene with Baltar, Sharon and Cain shows Cain’s disdain for Cylons and how she has mentallly dehumanized Cylons to the point of not talking to them directly.

This episode is a powerful example of why I love this show so much. The exploration and contrasting of brutal tactics vs humanane treatment of prisoners is not only a reflection of the times that the episode was made – in a post-Bush era when “enhanced interrogation techniques” were made public – but continues to be relevant in current times.

Admiral Cain is a perfect foil to Adama. The writers made a good argument to her leadership decisions, while uncomfortable to accept, were correct, yet when compared to decisions that we have seen Adama make, Cain’s decisions and leadership is so wrong. The foil can also be seen in how the two rose through the ranks. Adama rose through the ranks through hardwork and the way that he commands shows his experience and wisdom. Cain is (as told by Adama in the extended version) young, (book)smart and has many connections. She moved through the ranks quickly. Adama understands that command is more about the spirit of the law while Cain believes in exercises the letter of the law. This is clearly seen when at the end of the episode, she decides the fate of Tyrol and Helo is death. While she is right by the law, this is not a wise decision as the number of humans is already dwindling, to kill two humans would make things worse – especially killing two humans who have skills to offer that normal civilians do not.

The frat boy deck crew and the interrogator from the Pegasus are absolutely disgusting. The dehumanizing of Sharon and the Colon on Pegasus put the brutality and loss of humanity of the Pegasus crew into clear view. When the Pegasus crew went to dehumanize the Cylons, the killed off part of their own humanity.

One can say that Adama commands with more humanity because, unlike Cain, he is command of a fleet of not just military personnel, but also civilians. I don’t think this is true, I think that Adama commands with humanity because that is the way his character is. He has a strong moral compass – and that can be seen through out the show in how he treats those in his command and also those in the civilian population.

“Simply put, Admiral, you have already used the stick. It’s time to use a carrot.” -Baltar, Battlestar Galactica “Pegasus”

This is one of the best episodes of the show so far – since it has been more than ten years since I have seen this show, I am actually being surprised by some of the things happening. I can’t remember who all are Cylons on the show, but I do remember some (Six, Sharon, Tyrol, Tigh, Biers and Leoben). I find it intersting seeing how they treat the characters and how the characters act before they are revealed to be Cylons.