Spoilers: If you haven’t watched Halo season one until episode six, come back when you have.

There are spoilers ahead. 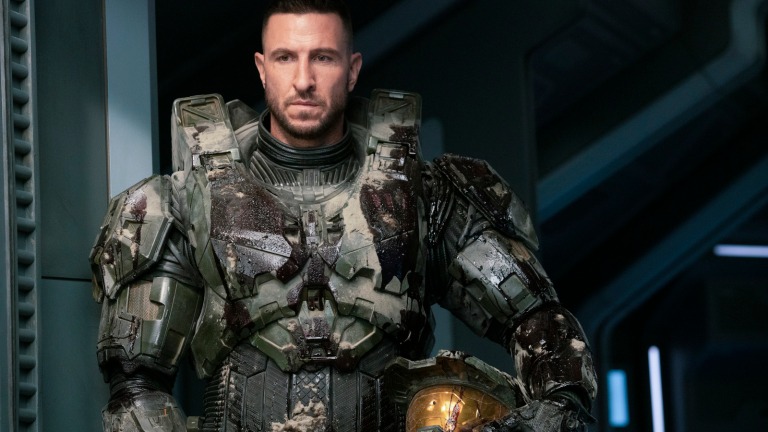 Paramount+’s Halo series got off to a rough start and it trudged along for a few more episodes before starting to get better in episodes five and six – with six being a huge improvement.

The main storyline that consists of Master Chief, Silver Team, Halsey and Makee is well-written and interesting. It might not adhere to the previous lore, but this is what makes the show so intriguing to watch as I have no idea where it is going to go – there are small bits of canon integrated into the show, but the main storyline is divergent for what has been previously established.

I like that the Spartans are brainwashed and controlled via implanted pellets. I like that John and Kai have removed their implants and are discovering what it is like to be human. I really love how focused Dr. Catherine Halsey is. Charlie Murphy is fantastic as Makee and the Makee character is fascinating. The action sequence at the end of episode five was much better and more exciting than the action sequence in the pilot episode. I like that it took them six episodes to even show a Ring.

The weakest part of the series continues to be what kicked off the show: Madrigal and Kwan Ha. As the series has continued, Kwan’s storyline has become increasingly unimportant. Kwan returning to her planet to try to restart the rebellion that her dad was leading is uninteresting and detached from the main storyline. Which is unfortunate because Bokeem Woodbine is awesome as Soren, but his character is wasted in the Kwan storyline. The best part of episode six? The Kwan storyline was not touched upon, letting the main storyline have space to breathe and develop.

I am hoping that the show stays focused on the main storyline because episode six gave Halo a much needed kick in the pants and added much needed momentum to the show. The Kwan storyline would only slow the momentum, so I hope that the Kwan storyline is deprioritized to the point that it is no longer part of the show. The first four episodes never left me wanting to watch the next episode. After episode five, I wanted to see episode six. Now that I have watched episode six, I really want to see where the show is headed.

The preview for next week’s episode came out the morning after I posted originally and to my surprise, it looks like episode seven focused solely on Kwan and Madrigal. Whatever momentum that was built in episodes five and six will come to a screeching halt because of this.

I understand that season one was most likely completed prior to the premiere of the show, so changes done mid-season are impossible. The most that I can hope at this point is that the Madrigal stuff is wrapped up this season and does not extend into season two. And if it hasn’t been wrapped up by episode nine, I hope the showrunners have seen the feedback about the Madrigal side story and wrap it up quickly in the opening episode of season two. Madrigal adds no value to Halo, rather it drags down the storytelling energy.