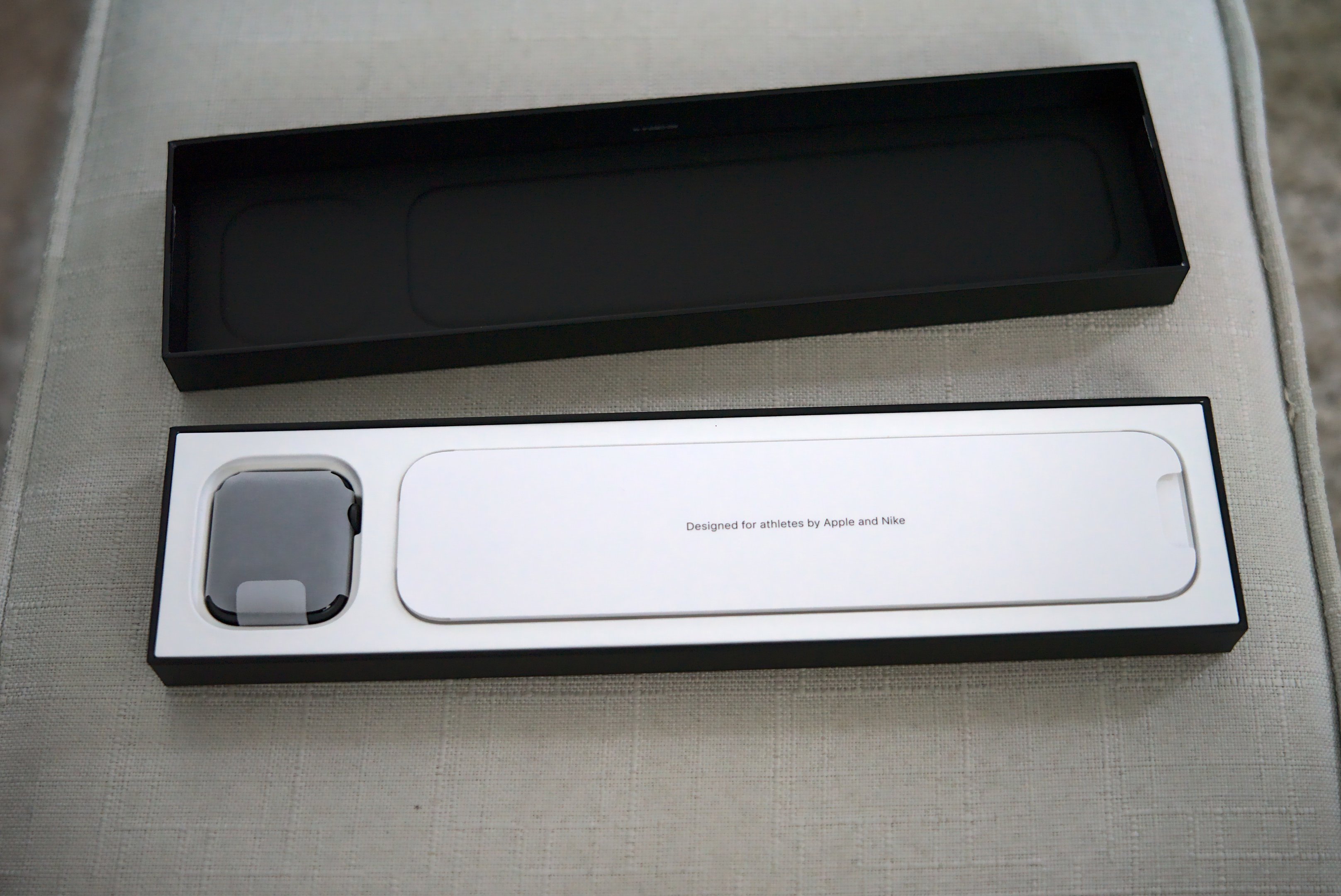 The Apple Watch SE is going back to the Apple Store.

If you’re looking for a smartwatch and you have an iPhone, stop reading and get an Apple Watch SE.

So, let me get this out of the way upfront: How I use my watches is different than how you would use your watches. The following is my observations from my experience based on what I am looking for. It may or may not be the same as what you’re expecting. If it isn’t, we agree to disagree.

I’ve always struggled with my weight and the related health issues that came with being obese or overweight. In 2012, I changed all of that and lost weight, started exercising regularly and became healthy again. Yay!

My use case for a watch is this: Fitness first, smartwatch second.

Both are required, but there’s less emphasis on the smartwatch bits. I use my watches to track my running and walking. Usually, I use my watches to track my calorie burn throughout the day and feed that into the calorie-counting app Lose It. With this working together, I can lose and maintain my weight – and hopefully be healthy (Five Guys burger runs don’t help me though. Yum. Five Guys burgers.).

I have had Apple Watches on and off for a while. I had the original Series 0 before it was known as a Series 0.

I also spent most of 2018 (starting in February) and the first part of 2019 (up until April) using a Series 3 Nike Edition as my sole device. Outside of update problems losing data, dealing with the touchscreen in rainy weather and having to charge it every night… it was a decent watch for fitness. Not great, but decent.

The reason I had switched to Apple Watch Series 3 in 2018 was because Fitbit was no longer working out for me. I had been using Fitbit from 2012 to early 2018 because Fitbit has great integration with Lose It and it was that integration that enabled me to get healthy again and stay healthy. I had been running with a Garmin watch since 2014 and was getting tired of doing the two device thing (Fitbit clipped on belt for steps/calories, Garmin on wrist when running). I dropped using Lose It and went with only tracking runs using the Apple Watch Series 3.

Within this plan, everything did sync correctly. But, boy there was a bunch of moving parts for all of it to work. The one bummer – and deal killer – is that Apple does not do a very good job with getting the right about of resting calories into Apple Health.

With my age, height and weight, my Basal Metabolic Rate (BMR) would be around 1920 calories. BMR is the amount of calories one’s body would burn doing absolutely nothing except being alive. My first full day with the Apple Watch SE showed 1200 resting calories. Subsequent days varied, but it never got close to 1920 calories.

When I started looking at the data stored in Apple Health, it was clear what was happening. The Apple Watch SE would sync resting calories every 15 minutes and those were pretty stable – between 19.4 and 19.7 calories each 15 minutes. That works out to just short of 1900 resting calories for a full day. Not bad at all. But, when I looked deeper I found holes in the data throughout the day. Somewhere between the watch and the iPhone in whatever process that brings data over, data was being lost.

And that’s the crux of the problem that I have with the Apple Watch. In 2018-2019 when I was using the watch mainly as a smartwatch and to track runs only, this kind of sync issue may have been there, but I never noticed because I was not depending on the data. All I cared about during that period was getting my notifications and getting runs synced to Strava and Smashrun via HealthFit.

Now that I have come to rely on this data, I’ve noticed it. This kind of sync issue is plain unacceptable – especially now that Apple is pushing the Apple Watch as a fitness oriented device. Dependable data is a must have for me and Apple is not providing that. I can live with convoluted setups that routes data through different paths that eventually end up in Apple Health. But, I can’t live with incorrect data.

Before anyone asks, I have twice unpaired and paired the Apple Watch SE with my iPhone and set it up fresh to eliminate any issues that may have come from a bad setup.

I haven’t tested the Apple Watch Series 6 and I don’t plan to. I am assuming these issues will likely affect that watch since it seems like a software issue.

That was fun testing out the Apple Watch SE. Like I said, as a smartwatch, it is the best – the price is reasonable, the build is solid and the screen is to die for. Oh, the way that it gently taps my wrist when I get a notification, that’s sublime.

But, that’s all secondary to what I want. I want a fitness watch that works without issues and the Apple Watch SE just doesn’t do that (yet).

So, back to Garmin I go. Yes, they have had their own problems, but for the most part their ecosystem is solid – and have been proven so over years of usage.

The Garmin + Lose It workflow is also straightfoward. Run through the setup (6 steps when done through the app or 4 steps when done via the website) and everything’s done. After that there’s no need to rely on a single device (iPhone with Apple Health) to coordinate things. It is almost boring after things are setup and I don’t have to worry about any sync issues. I don’t have to wear two different devices (Apple Watch for everyday, Garmin for running). It’s just easier. It’s just more reliable.