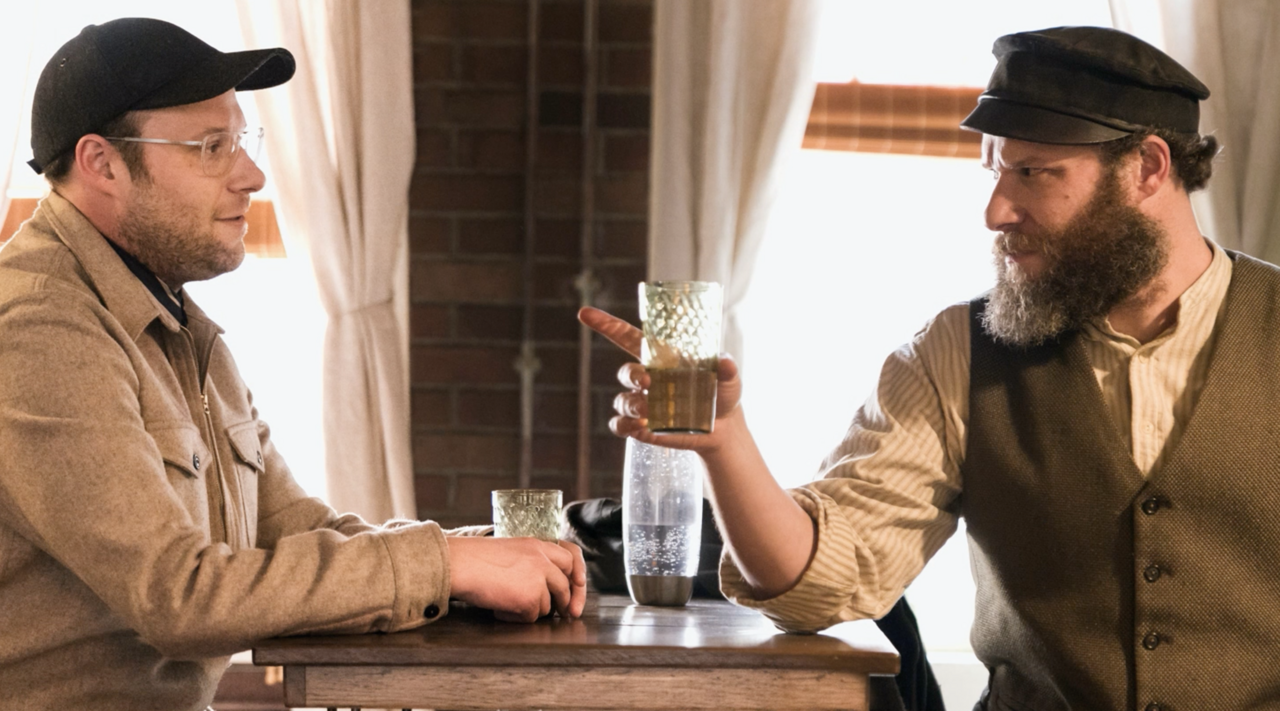 Maybe you can make an app where it doesn’t matter if the founder is a bad person. Like a social media thing.

Herschel Greenbaum (Seth Rogan) immigrates to America in 1919 with his new wife because his country is overrun by Cossacks. Greenbaum finds work in a pickle factory, but soon enough an accident has him fall into a vat of pickling liquid where he is preserved for 100 years before being revived. In his new future, he connects with his great grandson Ben Greenbaum (Seth Rogan) who is an app developer living in Brooklyn.

The film could have gone with a traditional sentimental storyline from here, and for a while it seems like it would. But, the story takes a turn and as the story goes further and further it becomes sillier and sillier – to the point of unbelievability, and that is saying a lot about a movie whose main premise is that a man has been pickled for 100 years before being revived.

While the first third of the film is sweet and funny. The middle and most of the end portion of the film turns acidic and tart. The sharp bite of the opening portions of the film turn into a soggy mess by the end of the film. The social commentary on how people live in the 21st century, the theme of the importance of family and the religious parts of the film are heavy handed – and get heavier and heavier as the film rolls on.

This doesn’t mean I didn’t like the film, I did enjoy the film and there are some seriously funny bits scattered throughout the movie – they are few and far between. I wish the film did more with the fish out of water premise. Seeing the two Rogans bicker and sabotage each other was not very entertaining.

Seth Rogan should be commended for developing two distinct personas for the film. He was fantastic in the movie. The themes by Michael Giacchino and score by Nami Melumad are very memorabe.

An American Pickle has such great potential with its creative setup, but the resulting movie does not reach the heights that it could have.