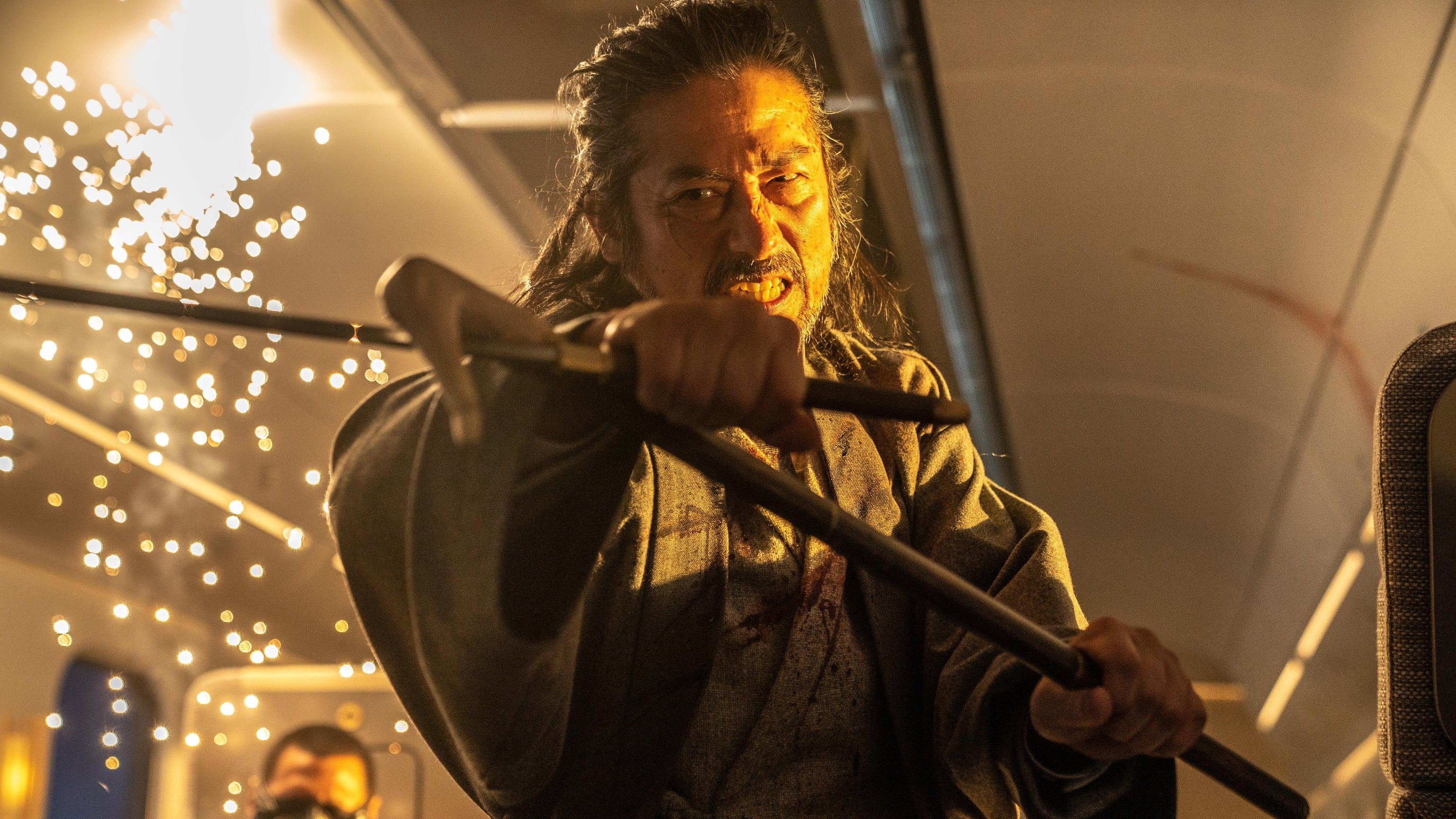 Ladybug (Brad Pitt) is an unlucky assassin given an assignment by his handler (Sandra Bullock) to pickup a suitcase from a bullet train in Japan. Ladybug obliges and gets on the train to get the suitcase. An unfortunate set of circumstances causes Ladybug to cross paths with other assassins on the train that include Prince (Joey King), Tangerine (Aaron Taylor-Johnson), Tangerine’s brother Lemon (Brian Tyree Henry) and Wolf (Bad Bunny). Also on the train is Kimura (Andrew Koji) who is the father of a son that’s in the hospital.

Bullet Train is sold as an action film, but it is incessantly boring. There is a lot of dialogue in the film, which would have been entertaining if it wasn’t so derivative – it comes off as a desperate attempt at trying to mimic Tarantino dialogue or Guy Ritchie energy. The supposedly witty banter between characters comes off as self-entertaining because it didn’t entertain me, but probably made the filmmakers happy. The whole movie was not as clever as it thought itself to be.

Brad Pitt is great in the movie doing Funny Brad. When Pitt is onscreen, the movie is entertaining. It was nice to see Sandra Bullock and Pitt onscreen together. In Bullet Train, they shared just as much screen as they did in the much better movie The Lost City, see that movie instead of Bullet Train.

The story being told in Bullet Train is convoluted and when it finally starts to explain why things are happening (30 minutes from the end of the movie), I was bored to tears and did not care why things were happening. There were too many characters and their stories were both uninteresting and scattered about the movie. There was nothing compelling about the story being told in Bullet Train.

Bullet Train is the epitome of being a tryhard. It’s trying so hard to be cool, that it comes off feeling tired. Bullet Train has too little action, too much talking and is too convoluted to be entertaining. Of the action that was in the movie, it was all rather pedestrian which is surprising given the pedigree of the filmmakers behind Bullet Train. Bullet Train is totally forgettable.