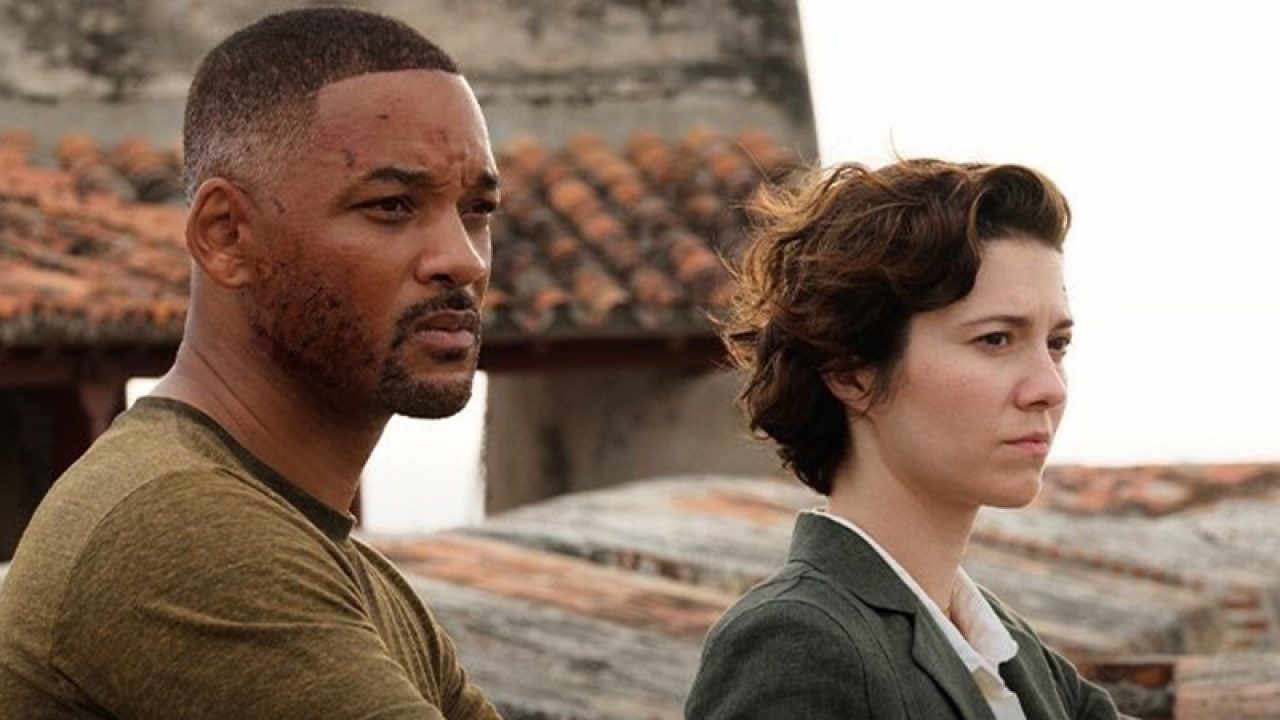 Gemini Man is a technology demo wrapped around a terrible script and pedestrian action.

Henry Brogan (Will Smith) is retiring from his life as an assassin. For some complicated reasons that are not very well laid out, he’s being hunted down by a former colleague’s company Gemini. The colleague is rich and well funded, his name is Clay Verris (Clive Owen). He meets a woman, Danny Zakarewski (Mary Elizabeth Winstead) at the docks where his house boat is and she is unwittingly dragged along with Brogan as he runs from Gemini. Brogan enlists the help of his old teammate, Baron (Benedict Wong) on their quest to discover the identity of the mysterious assassin.

I am not that much of a Will Smith fan, but I wanted to see Gemini Man in the theaters because of the technologies it employed. My original screening of the film was in October of 2019 and I ended up seeing the film in 3D HFR (High Frame Rate) with D-BOX (motion controlled seating). D-BOX was the best part of the whole experience. 3D was a gimmick. HFR was a gimmick.

The problem with 3D and HFR was that it created imagery that was so intense that flaws that would normally be hidden are glaring. Many of the scenes in which people are talking looked as if it was a flat cardboard cutout of the actor pasted on flat scenery. The obvious use of 3D for 3D sake was cringe-worthy. CGI stood out like a sore thumb. And a lot of the CGI in the film was not that great to start with, so it looked even worse when shown at high frame rates. It was a terrible experience.

Tonight was my second screening and it was on 4K UHD Blu-ray. The presentation was 2D at 60 frames per second. The flat cardboard cutout effect was even more pronounced in 2D and made everything look completely fake.

The story of the film was needlessly complicated and the payoff was not worth it. Mary Elizabeth Winstead’s character was unnecessary. Benedict Wong’s character was the obligatory funny guy, who just happened to be Chinese to appease Chinese audiences in China. Clive Owen, who is usually a reliable actor, had a strange accent that I couldn’t figure out – it wasn’t quite Southern, but it wasn’t English either. It was bizarre.

Old Will Smith fighting The Fresh Prince of Bel Air was a snore. The fight scene where The Fresh Prince uses a motorcycle as a weapon was just silly beyond belief. Other minor action scenes in the film lacked energy.

The script was very heavy on dialogue, which would not have been bad, but the dialogue horrible. As my son described it, the dialogue was mostly filler and slowed down the film to a crawl when people started talking. It also does not help that the script is woefully predictable (the warrior during the last action sequence was a predictable twist that was cringe-worthy).

I can’t believe I watched this film twice. I only watched it a second time because I wanted to demo the HFR technology to my son. If you haven’t seen this film, there is nothing redeeming about the film. It does make for a decent tech demo, but if you want to be entertained, Gemini Man is not the film for you.