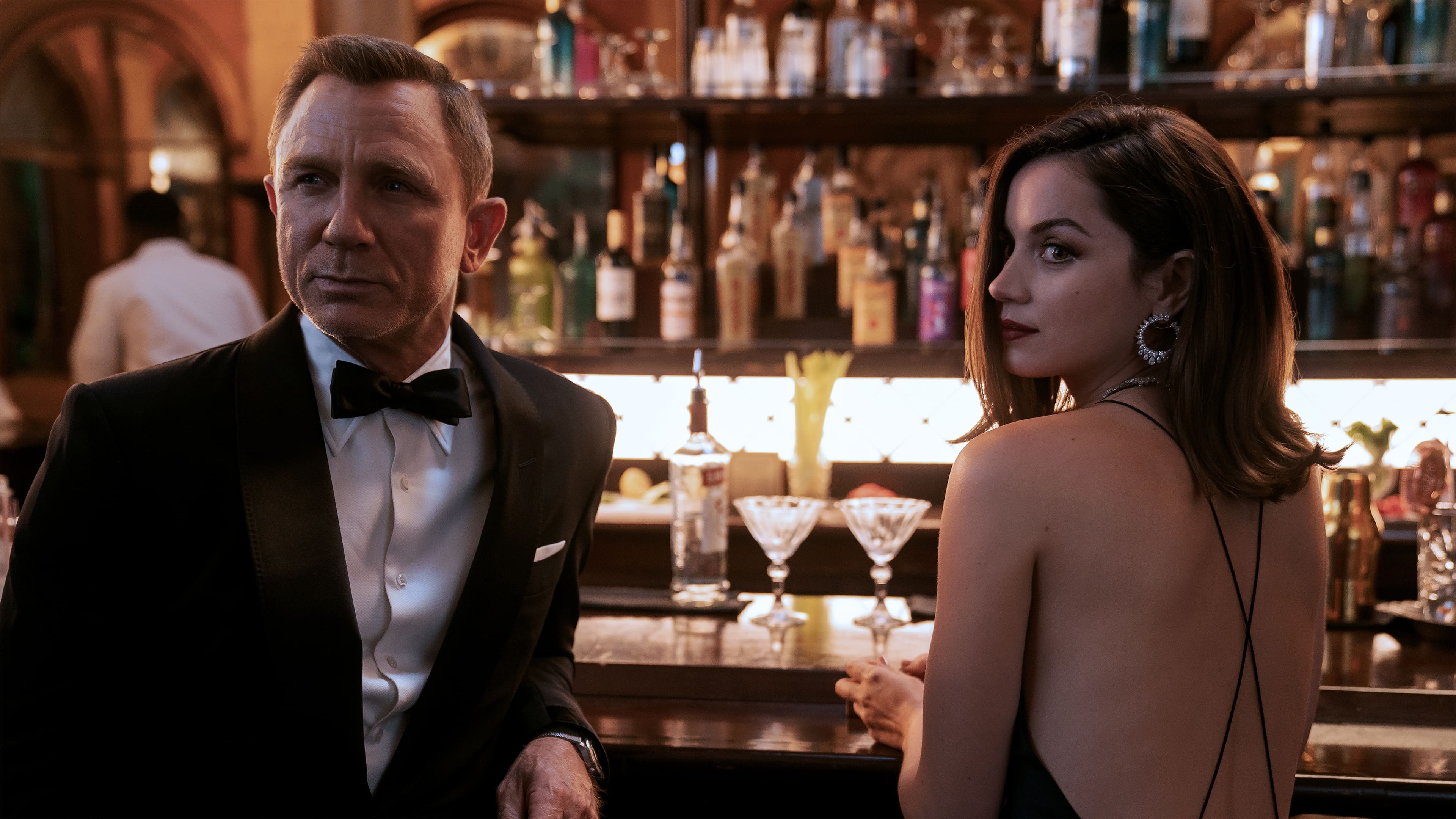 Of Daniel Craig’s four Bond films prior to No Time To Die, my favorite is his first: Casino Royale. Yes, it was missing some levity and the torture scene was torturous, but it was straightforward, uncomplicated and full of action and suspense. It was unburdened by SPECTRE and any baggage that came with the following films. How does No Time To Die fair?

James Bond (Daniel Craig) is violently pulled out of retirement to help find a scientist. While on the mission to rescue the scientist, Bond is drawn into something deeper that involves nanobots. The story takes us around the world and we meet both old and some new characters – including an agent in Cuba named Paloma (Ana de Armas) and Nomi (Lashana Lynch) who is the new 007.

Much like the MCU, a deep knowledge of the Bond universe will yield more enjoyment out of the No Time To Die. There are elements to No Time To Die that stretch all the way back to 15 years ago in Casino Royale like Vesper Lynd. Knowledge of Quantum and how it is a suborganization of SPECTRE helps too. Knowing the relationship between Blofeld and Bond helps. I don’t have that deep knowledge of the Bond universe and only remember bits and pieces of the previous films, but I still found this film watchable.

The most memorable and standout part of No Time To Die is not Daniel Craig or his exit from the franchise. The best part of this film happens early on in the movie when Bond visits Cuba and goes on a short mission with Ana de Armas' agent Paloma. de Armas is awesome as Paloma who is an awkward humble agent with just three weeks of training who still kicks some serious ass. I loved this whole sequence with de Armas, it was short, sweet, impactful and super memorable – and it was also nice to see her and Daniel Craig on screen together again.

Lashana Lynch is equally awesome as Nomi, the M.I. 6 agent that took the 007 number after Bond had retired. She is tough as nails, kicks butt and takes no shit from anyone. I would love to see her return as 007.

Billy Magnussen is perfectly cast as Logan Ash, a CIA operative that smiles too much. This was a brilliant casting choice. Rami Malek’s understated, quiet and restrained performance as the villain of the movie works and is unnerving. His character Safin is not as memorable as other Bond villains though.

Director Cary Joji Fukunaga finds a nice balance between serious and playful in the film. I would not go as far as saying there are comedic moments in the film, but he finds ways to lighten up what otherwise could have been an overly serious film. In the Cuba mission, he finds a way to perfectly contrast Paloma with Nomi in a way that makes it less confrontational and more playful.

The action sequences in the movie are exciting and memorable. On top of the Cuba mission, the opening sequence that starts with a motorcycle and ends with an Aston Martin was memorable. The SUV chase through the forest was visually stunning and breathtaking – both with the scenery and the stunt work. And late in the movie there is a sequence with Bond going up a stairwell that is thrilling and brutal.

No Time To Die is gorgeously shot, each frame is sumptuous – even scenes with characters speaking to each other look great.

The score by Hans Zimmer is surprisingly restrained and has a touch of his Dark Knight series of scores worked in there. I liked that he was able to work in the Bond theme, but not overuse it.

I enjoyed No Time To Die, it was a straightforward movie like Casino Royale. It is not as good as Casino Royale, but it is an entertaining movie that flies by – the 2 hours 43 minute runtime felt short for the movie. No Time To Die is a fitting fairwell for Daniel Craig as James Bond.