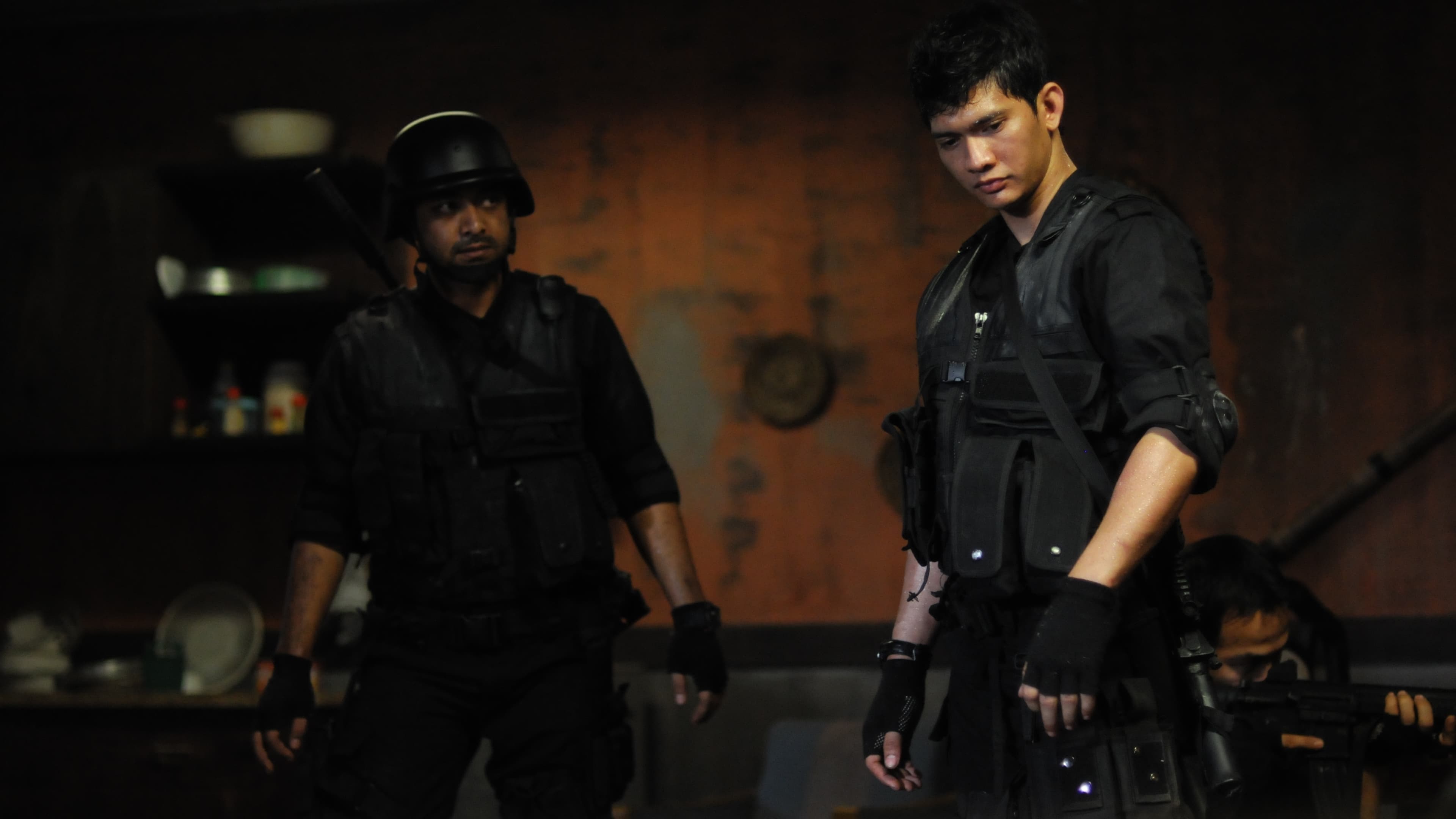 When filmmakers have a vision about the kind of movie they are making and executes on it with pure craftsmanship, it results in movies like The Raid: Redemption – a perfectly executed and entertaining action movie with no pretenses to be anything more.

A SWAT team in Indonesia, led by Wahyu (Pierre Gruno), infiltrates an apartment building that is owned and operated by a ruthless drug cartel boss, Tama (Ray Sahetapy). What was supposed to be a simple mission turns into a mess when the team is spotted inside and all hell breaks loose. The team is trapped and needs to find a way out. The SWAT team has a rookie, Rama (Iko Uwais) on it, he and his wife are expecting a baby (thrown in to up the ante).

Iko Uwais, Yayan Ruhian, Donny Alamsyah and Joe Taslim are bad asses. The fight choreography showcasing Pencak Silat by Uwais and Ruhian is fantastic, impactful and relentless. There are a few extended fight scenes that are memorable – one between Ruhian and Taslim; and one that features Uwais, Ruhian and Alamsyah. Though, the last one, while great, did feel like it ran a bit too long.

There were some unexpected twists in the movie and one that was expected. Still, for a pure action film, these were nice extras on the top of a very entertaining movie. The characters are merely what they seem to be, which is fine for a movie like this.