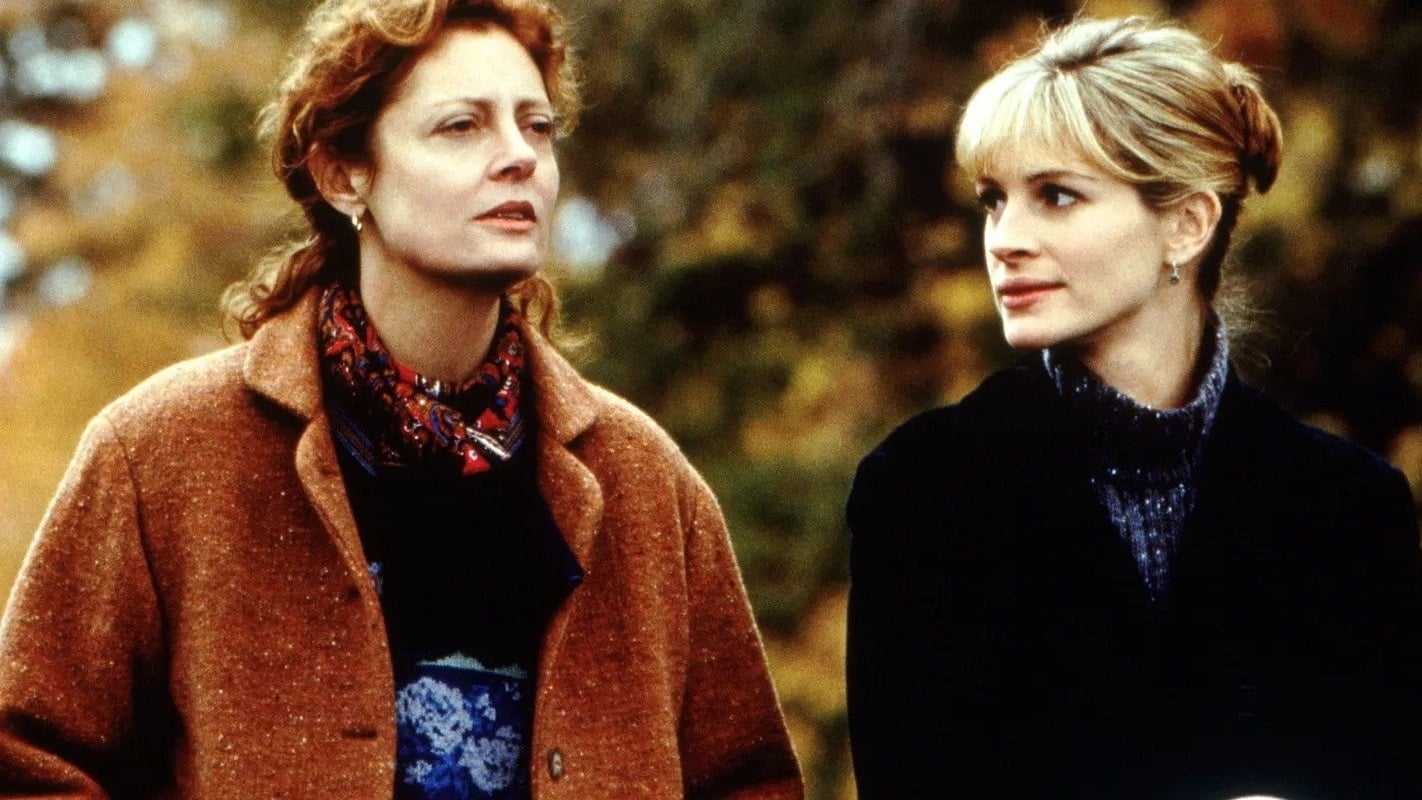 Stepmom is a movie that takes all of our emotion-strings and yanks on them for two hours. It makes us laugh, cry, sympathize, and dislike. And it’s because of this that the movie fails.

Isabel (Julia Roberts) is a big-time fashion photographer. She’s engaged and living with an older divorced man, Luke (Ed Harris). Isabel gets to take care of Luke’s kids from time to time, much to the dismay of Luke’s ex-wife, Jackie (Susan Sarandon).

After Isabel temporarily loses Luke’s younger son at the park the fighting between Isabel and Jackie escalate. Both of them have their reasons for not liking the other. Jackie finds Isabel irresponsible, self-centered, an unworthy stepmom for her kids, and is afraid of Isabel stealing her children. Isabel dislikes the kids, loves Luke, and thinks that Jackie is overbearing and a control freak. It is this strife between the two women that carries the film. A small subplot about Isabel, Jackie, and the young daughter Anna (Jena Malone) also exists.

Chris Columbus directs Stepmom well, though his pacing is a bit off. The film runs long at a few minutes over two hours. Columbus is able to pull every emotion out of the bag. The film drips of melodrama. Columbus is known more for his lighter work: Home Alone, Home Alone 2, and Mrs. Doubtfire. Stepmom is the opposite of those - this is a drama - and Columbus does well.

What kills the film is the script. The script is filled with cliches and bad lines. The writer, Gigi Levangi, wrote some pretty melodramatic lines for this film, take for instance what Isabel tells Anna to say to the boy that just turned her down.

The only thing that shines from Stepmom are the performances by the three leads. Harris, Sarandon, and Roberts all give good performances, but not good enough to save this film from disaster. Skip Stepmom on the big screen and catch it on video.