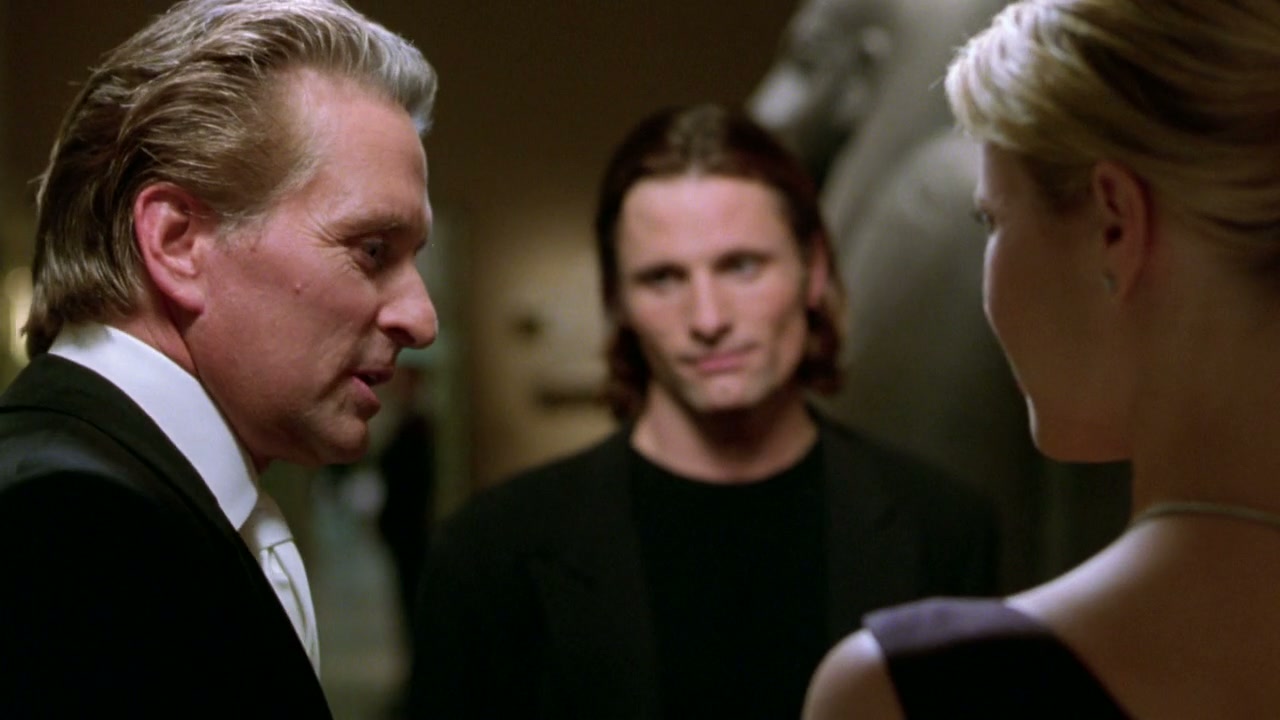 Stephen Taylor (Michael Douglas) is a big money mover who is married to Emily (Gwyneth Paltrow), the daughter of a rich family. Emily is having an affair with a grimy looking painter, David (Viggo Mortenson).

The questions posed by the script are: Does Emily’s husband know about the affair? What would he do if he found out? How long can the affair last? And is it really love that David is searching for?

If you have seen the previews for A Perfect Murder, you’ll know that Emily’s husband does find out and he wants Emily dead. He plans the “perfect murder” in which David is the killer. The plan is foolproof – or is it?

The plot unfolds slowly and is deliciously evil. Which makes the ending feel somewhat like a cheat.

Director Andrew Davis (The Fugitive) tries to redeem himself here after his horrible Chain Reaction. And Davis does an admirable job with A Perfect Murder – though, it never reaches the heights that his The Fugitive did.

The look of the film is engrossing with its high contrast lighting. This has been done before and better – look at Douglas’s last film, The Game, for this.

Performance-wise the best comes from Viggo Mortensen. Mortensen is one of the most underrated and underused actors in Hollywood – this is a shame because Mortensen is a versatile and talented actor. If you’ve never seen Mortensen, check out Crimson Tide and G.I. Jane also.

If Gwyneth Paltrow’s Sliding Doors character had a third story line, A Perfect Murder would have been it. Paltrow does nothing new here. Following in Paltrow’s footsteps, Douglas is not doing anything either. Douglas almost seems like he didn’t leave the set of his last film, The Game.

Paltrow and Douglas’s lack in the performance arena doesn’t hurt the film at all though. The script is well written enough to make us overlook these flaws.

One performance to look for is David Suchet as the head police investigator. His part is small, but he makes a good impression.

Overall, I really liked A Perfect Murder and I recommend it. The film is not a perfect murder, but it is still quite a good killing.