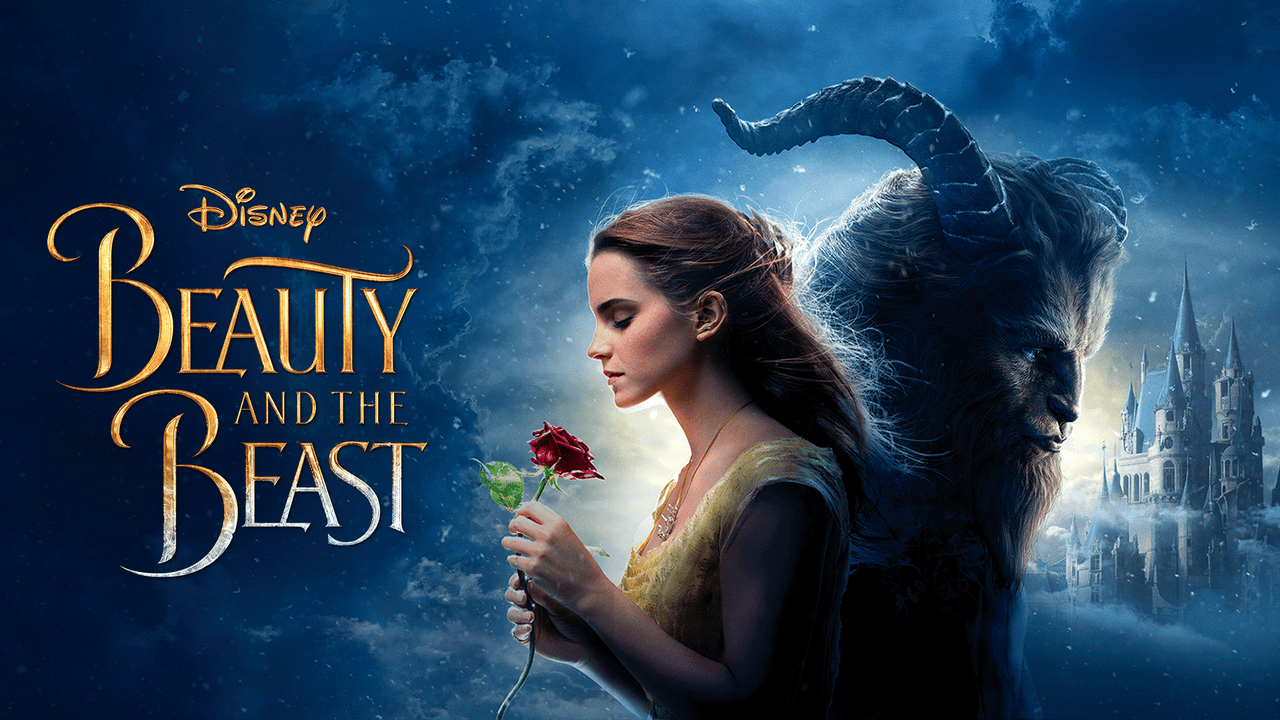 Of all the live action remakes of Disney animated films that I have seen – including The Jungle Book, Aladdin, and The Lion King – Beauty and the Beast is the one that best captures the spirit of the animated film.

A vain and egotistical prince (Dan Stevens) is approached during a party by a woman in need of shelter. She offers a rose in trade for shelter but the prince turns her down twice before she turns into a magical enchantress (Hattie Morahan) that curses him to become a beast. His curse will become permanent while the last of the petals of the rose that she gave him falls off. Separately, in a small town lives Belle (Emma Watson) who is seen as “odd” by the small townfolk because she is smart, intelligent and reads. Her father, Maurice (Kevin Kline) is a clockmaker and while he is off to deliver a clock gets lost and ends up at the Beast’s castle. Belle goes out to find him and ends up trapped in the castle and developing a relationship with the Beast.

There is a villain in the film, a brutish self-absorbed alpha male, Gaston (Luke Evans). He is accompanied by LeFou (Josh Gad).

The casting of Emma Watson and Dan Stevens as Beauty and the Beast was phenomenal, they work well together and develop a great onscreen chemistry. Watson shines as Belle. While Stevens is hidden behind a digital avatar for most of the film, he is still engaging as the voice and digital version of the Beast. Luke Evans is an absolute hoot to watch as he out-cartoons the cartoon version of Gaston.

The production values of the film are top notch and can be seen in everything from the sets to the costumes to the elaborately choreographed musical sequences. Visually, this film is stunning and recalls to more classic movies even if most of it is done digitally.

One complaint I have about the film is with the music. For some reason the vocals are often covered up by the orchestra and it is very hard to hear the performers singing. And because the story is told through the lyrics, that took away a bit from the experience. There were a few new songs in the live action version of the film that were not in the animated one, they were nice, but not as memorable as the original Alan Menken and Howard Ashman songs.

While the run time of the film is listed as two hours and nine minutes, there is almost 16 minutes of credits at the end of the film. The film does move along at a quick pace and I never felt bored and was always engaged.

I really enjoyed this live action remake of Beauty and the Beast. This film is truly magical.