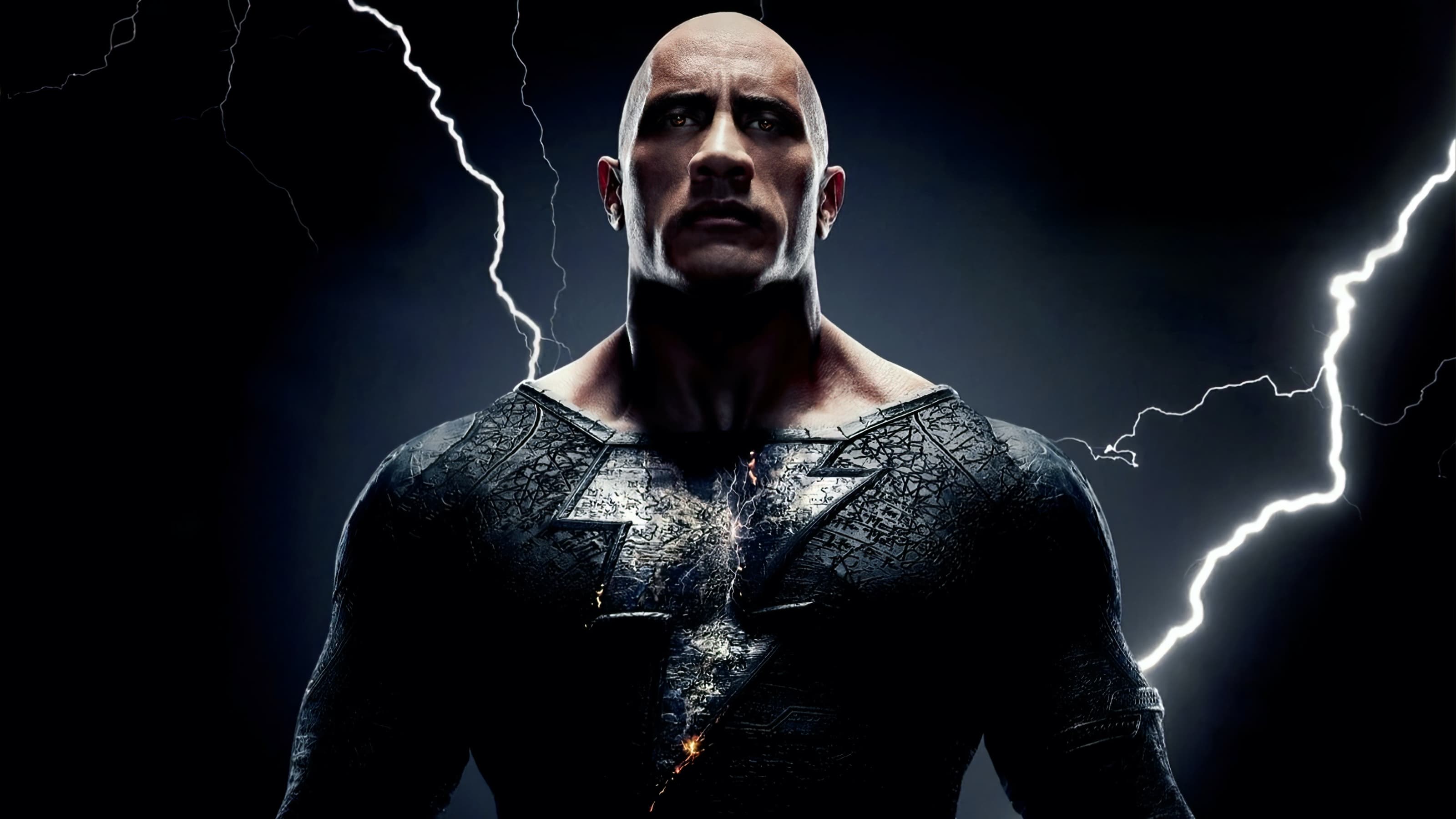 I am not sure Dwayne Johnson thought things through well enough before jumping into Black Adam – even if it took some 15 years for the project to actually get made. I’m guessing the thought process went something like this: “I’ll reset the power hierachy of the DC universe, I’ll be Black Adam and he’s as powerful as Superman! Where do I sign?” Unfortunately, the character Black Adam forces Johnson to play against the charismatic public persona that he’s been crafting for years now.

There is a rare mineral named Eternium (no relationship to Unubtanium) that is only located in one place on Earth, a country named Kahndaq. Around 2600 BC, it was discovered that Eternium could be made into the Crown of Sabbac (no, not the game that Han Solo plays) that will give the wearer great power. A tyranical king (because what other kind of kings are there?) creates the crown, but it is lost after an uprising. The crown is hidden away for centuries until an archeologist, Adrianna Tomaz (Sarah Shahi) discovers it. In the process, she also unleashes Black Adam (Dwayne Johnson) who is nearly indestructible and ultra-powerful.

Amanda Waller (Viola Davis literally phoning in her performance) calls for the Justice Society to gather and capture Black Adam. The Justice Society, not to be confused with the Justice League, consists of Dr. Fate (Pierce Brosnan), Hawkman (Aldis Hodge), Cyclone (Quintessa Swindell) and Atom Smasher (Noah Centineo). Also, it’s Atom Smasher, not Adam Smasher as I thought when I first hear him introduced – that realization really put a quash on my enthusiasm for the character.

There’s a distinct problem with Black Adam and that is that he’s invincible. No one, not even the Justice Society can stop him, so there’s no tension in the film. Watching Black Adam zoom around and kill hundreds of mercenaries gets old by the time it happens again (and again and again). Yawn.

Black Adam even makes a point to say: “There’s no point in fighting. We both know no one can stop me.” This can be said about watching this movie too.

This movie goes against all that Dwayne Johnson has used to build his movie career. Instead of using his overflowing charisma, this movie makes him clamp down and cut the charisma down to near zero. He spends his time glowering at the camera, instead of smoldering. And this maybe because he’s in the DC universe where things are dark and dourer. Johnson might have done better being in the brighter and lighter Marvel universe where his superpower, his charisma, could have been allowed to shine through.

Black Adam is a mess. The movie introduces an interesting idea: What it looks like when people are colonized and oppressed by outsiders and what can they do? This is something that Sarah Shahi’s character could have used to rally the people around and we could have used it for a deeper film that also includes superheroes. But instead of digging deeper, Black Adam substitutes lots of smash-smash and punch-punch action. That wouldn’t have been bad if the action wasn’t so pedestrian, so run of the mill, and so painfully synthetic. The use of CGI in this movie was over-the-top and it never once felt anywhere near real. Everything had a sheen of fakeness to it.

Would this have been a good movie to sit in an air conditioned theater for two hours with? Maybe? Now that it’s streaming and available for home viewing, it isn’t worth the time.

How did Black Adam, a dude from 2600 BC learn English so quickly?

Black Adam can speak English, he can fly, but he can’t use a door? I think this may have been a running joke in the film, but it was never funny and got worse each time it happened.

Hawkman may look cool on a comic book page, but he just looks weird onscreen. It’s something about the way the wings flap. And also the question of where does Hawkman’s wings come from? Eww.

Atom Smasher is like The Flash and Deadpool merged together, but less funny and more annoying.

Black Adam is like The Punisher but with magic powers and invincibility.

What I could do with is a whole movie of just Dr. Fate and Hawkman hanging out and chilling. Don’t even need for heroics. They seem like characters one could hangout with.

Slow motion should be used sparingly, it is not in this movie.

When Adrianna Tomaz risks the world for her son, she lost me.

Kid with cape, cringe. Where did all these zombies come from? Were there corpses just strewn all over the street?