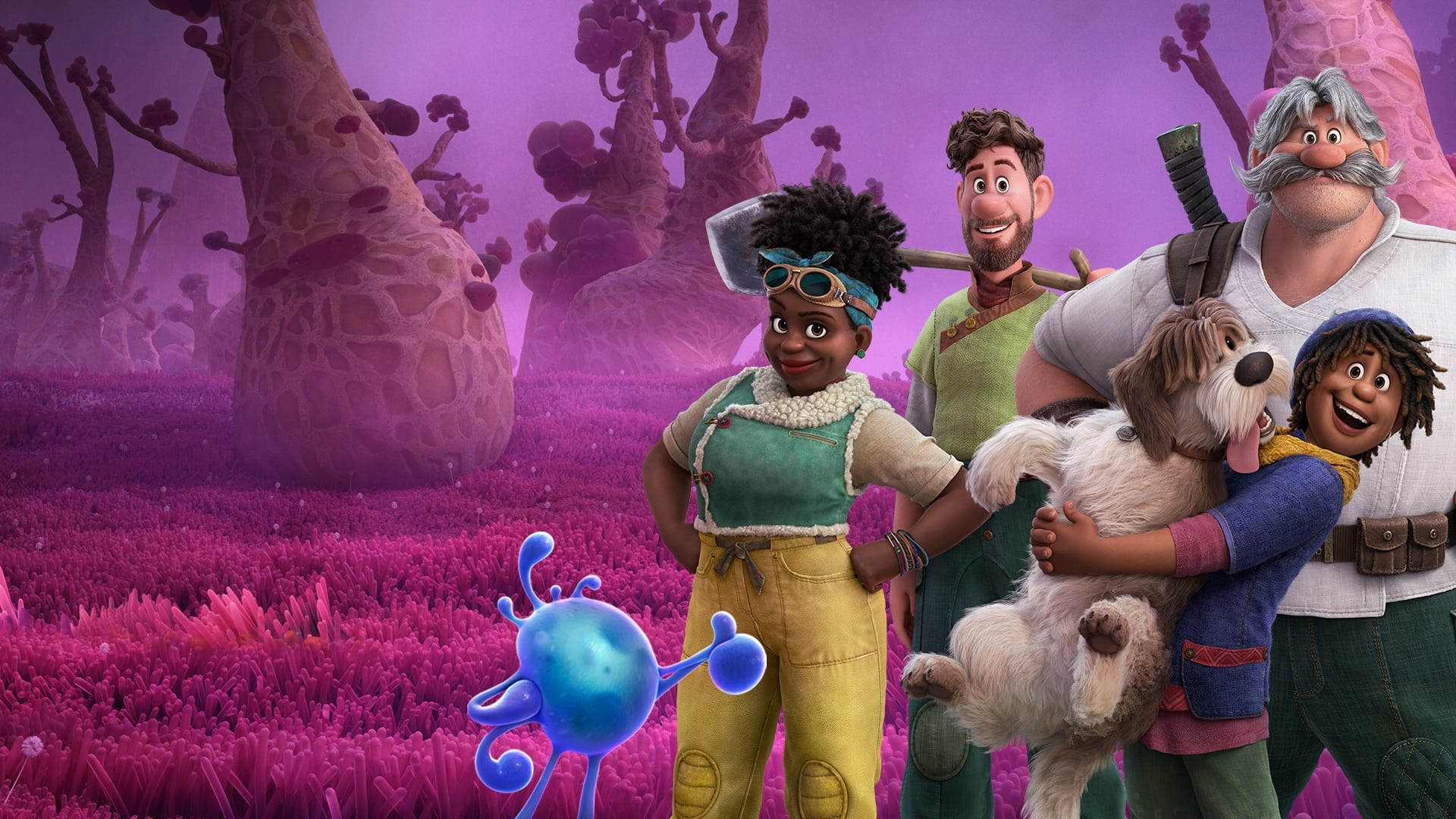 Strange World is a frustrating movie. It is a movie that carries a message and carries it with as much subtlety as a sledge hammer to the face. It has some very creative visuals which are deeply thoughtful and within fully realized almost alien environments that are unlike anything I have ever seen. But, the story is mostly predictable and the characters forgettable.

The movie opens with a fun musical number that tells the story of Jaeger Clade (Dennis Quaid) who goes on an adventure with his son, Searcher Clade (Jake Gyllenhaal). The Clades live in the city Avalonia which is a city that is surrounded by high mountains that can’t be flown over. Jaeger sets off to see what is on the other side of the mountains. During their adventure, Searcher finds something that changes the way people in Avalonia live. Fast forward many years and it turns out what Searcher had found and cultivated is now dying. A team, including Searcher, goes out to find out what is happening.

Most of what happens in the movie is predictable, except the ending which was both surprising and pleasantly awesome. Unfortunately the movie is front-loaded. By the time the movie gets to the 20-minute mark, the story starts to crawl in service to the visuals. The creativity of the world that the team behind the movie put together are brilliant and astoundingly beautiful. Unfortunately, the filmmakers spend a lot of time meandering around in the world they created to show off their creation – and because of this, the movie loses all momentum.

There was some good family drama in the movie, especially when it deals with the multi-generational family drama. But, that drama gets lost when they enter the strange world. It would have been good for the movie to have shown more of the family and their drama instead of spending so much time on the creatures of the world.

There are some good laugh out-loud-moments in Strange World, that I appreciated. It helped to offset the heavy-handed climate change messaging that lacked any subtlety. Climate change is important, but hitting the audience over the head with it over and over again isn’t win any converts.

Henry Jackman’s bombastic and energetic score for Strange World is wonderful and is one of the best things about the movie. Jackman’s score bats in a league well above the rest of this movie.

Strange World isn’t a bad movie, but because it prioritized the visuals over the story it ultimately robbed the film of the core that could have made it a great movie. A third of the way in and the movie started dragging along and never recovered up after that. There are elements in the movie that had potential, like the family story, but it is frustratingly lost because of the seeming focus on the breathtaking visuals of the movie.