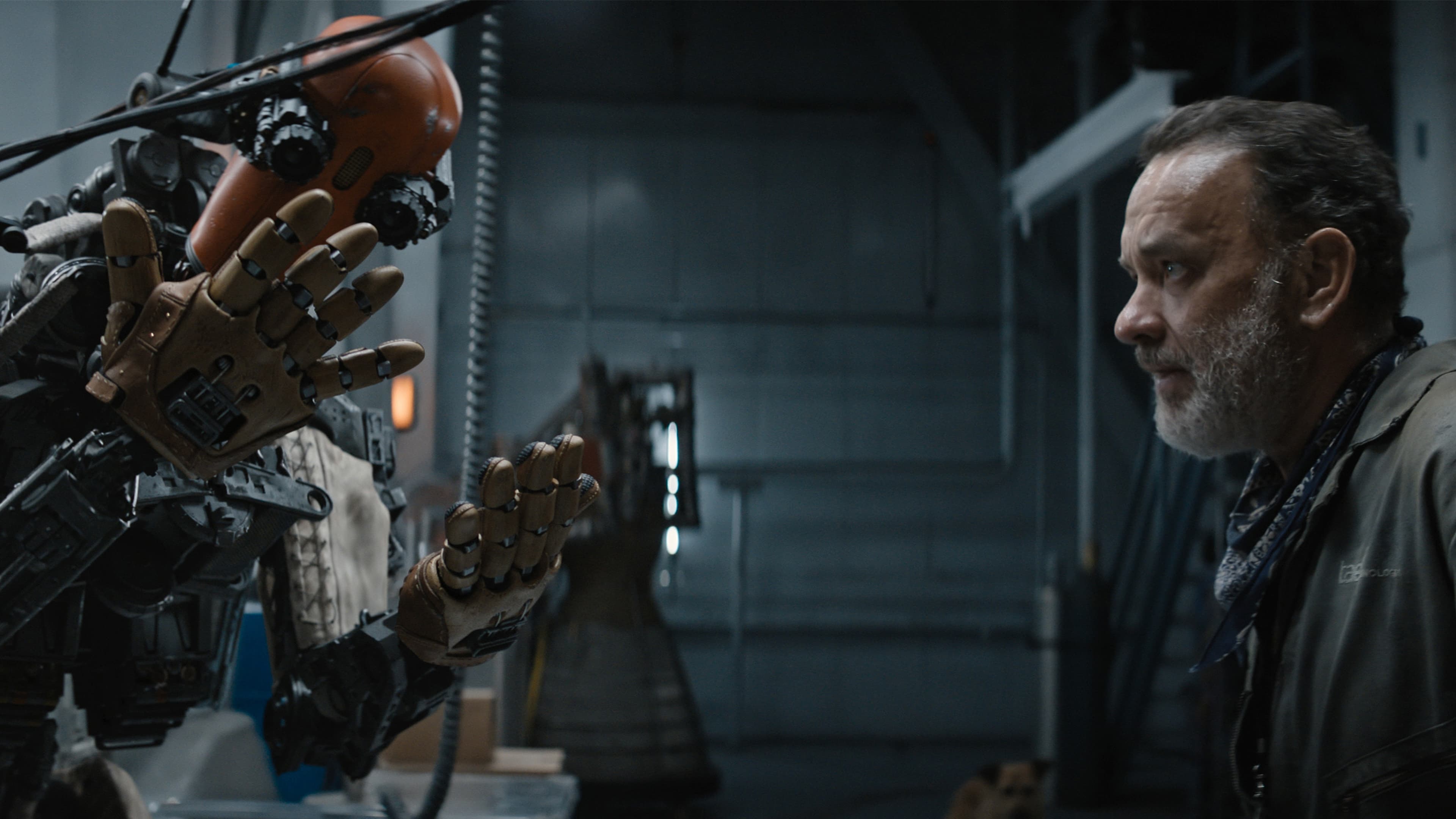 Post-apocalyptic movies mostly drift towards showing the worst in what humanity is capable of doing to each other. Finch takes a different approach by showing a robot discovering his own humanity.

As explained by Finch (Tom Hanks), years ago a solar flare took out the Earth’s ozone layer and the following EMP took out the rest of society’s safety nets. Finch was lucky enough to have been working underground when it happened because what followed was ionizing radiation, extreme weather and unbearable heat.

Finch is an robotics engineer with a dog named Goodyear and he eventually builds a robot to help him take care of Goodyear when he passes away. They are forced to leave his underground home and take a road trip to San Francisco because an impending storm will leave them without power for more than a month.

The story and plot for Finch is thin, rather it does (and mostly succeeds) in doing what Steven Spielberg does: Takes us along for the ride with some loveable characters and pulling on our heartstrings without being overly saccharine.

Finch explores being human through the robot and for this, it does well. I chalk this up to Caleb Landry Jones who voices the robot that has a lot of information in his head, but not yet enough common sense and wisdom. While the robot doesn’t have a face, it is incredibly expressive and that was touching. Finch is like a father to the robot and teaches him through stories, explanation and patience. Without Hanks in this movie, it would have been a lesser movie. Hanks is fantastic as Finch.

While the movie does not dive deep into how humanity broke down in the face of adversity, it does explore it a bit. The movie is a joy to watch because of the robot and it is a joyful movie because of it lets us see the robot happily discover things – I’ll never look at popcorn the same again. But, the movie does take time to show the bright light of humanity and the darkest depths of how terrible humanity can be through a flashback. I am glad that they did show some of how humanity reacted when society fell apart because this makes the world that Finch lives in feel more real and genuine. There was also a sense danger hanging in the background of scenes because of the hidden remnants of humanity which could end up hurting Finch, Goodyear and the robot.

There were quite a few classic songs used in the film and they were used for maximum emotional impact. The movie is hilarious in many parts and had me laughing. And if you can’t tell already, I really loved seeing the robot learn.

If there was a flaw with Finch, it is that the movie never fully reaches the heights that it could have, especially with the ending of the movie. The ending felt incredibly rushed.

Finch is a good movie and I loved it. I recommend Finch.