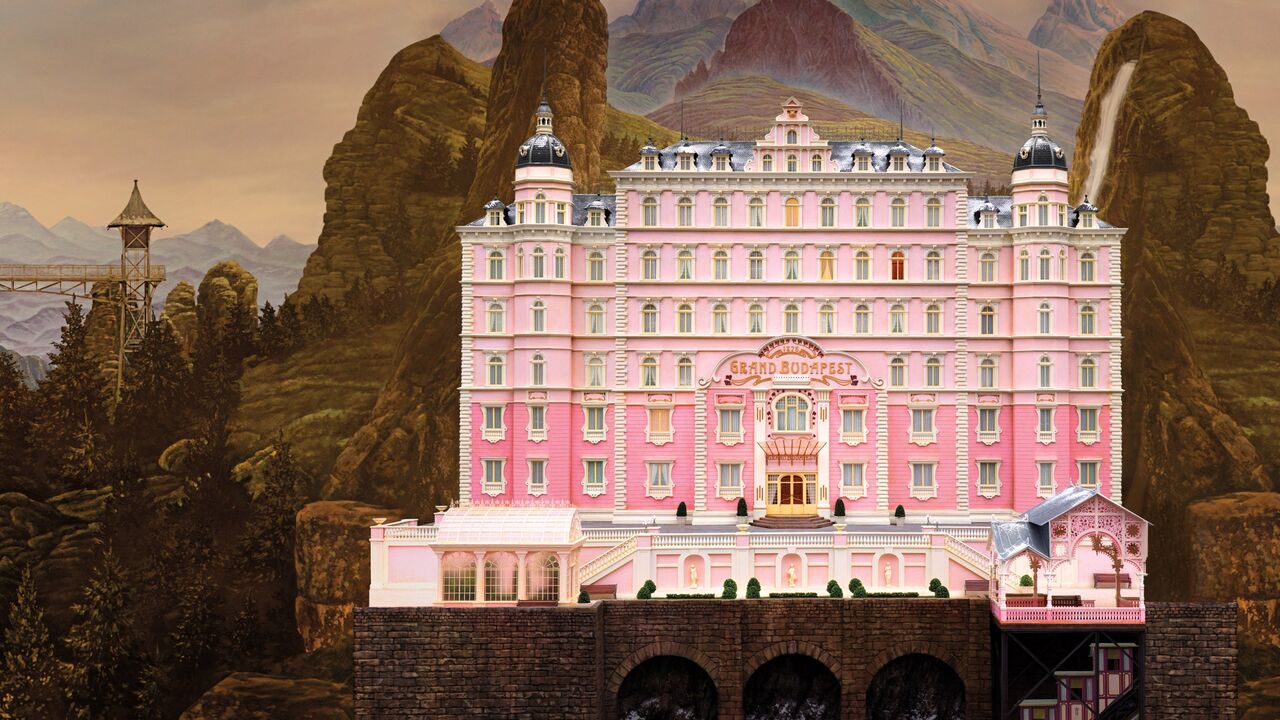 The only other Wes Anderson film I have seen was Isle of Dogs. Much of what I liked about Isle of Dogs, I liked about The Grand Budapest Hotel. From my Isle of Dogs review…“a visual feast, meticulously put together with a deep attention to detail. I loved the quirky style of the film.”

Ralph Fiennes is fantastic in this film. He is an actor that is generally cast in serious roles, it is nice to see him in something where he gets to have fun with the role. Tony Revolori (from Spider-Man) is equally good with his fake mustache. Willem Dafoe is quite scary as a hitman. And I really enjoyed Jeff Goldblum as a lawyer with a cat.

The Grand Budapest Hotel is quirky and has a really off kilter humor about it. The movie is detailed, thoughtful in how it is shot and generally idiosyncratic. The movie starts quirky and descends quickly and brilliantly into the bizarre. It is joyful, silly and raving mad all at once.

Wes Anderson’s style and craftsmanship is captivating. One of the things I found most fascinating about the movie is how Anderson chose to change the aspect ratio of the film based on the period of time that is onscreen: 1.37:1 Academy for 1930s, 2.40:1 Anamorphic for 1960s and 1.85:1 Widescreen for the 1980s.

I recommend The Grand Budapest Hotel, it is quite an experience.