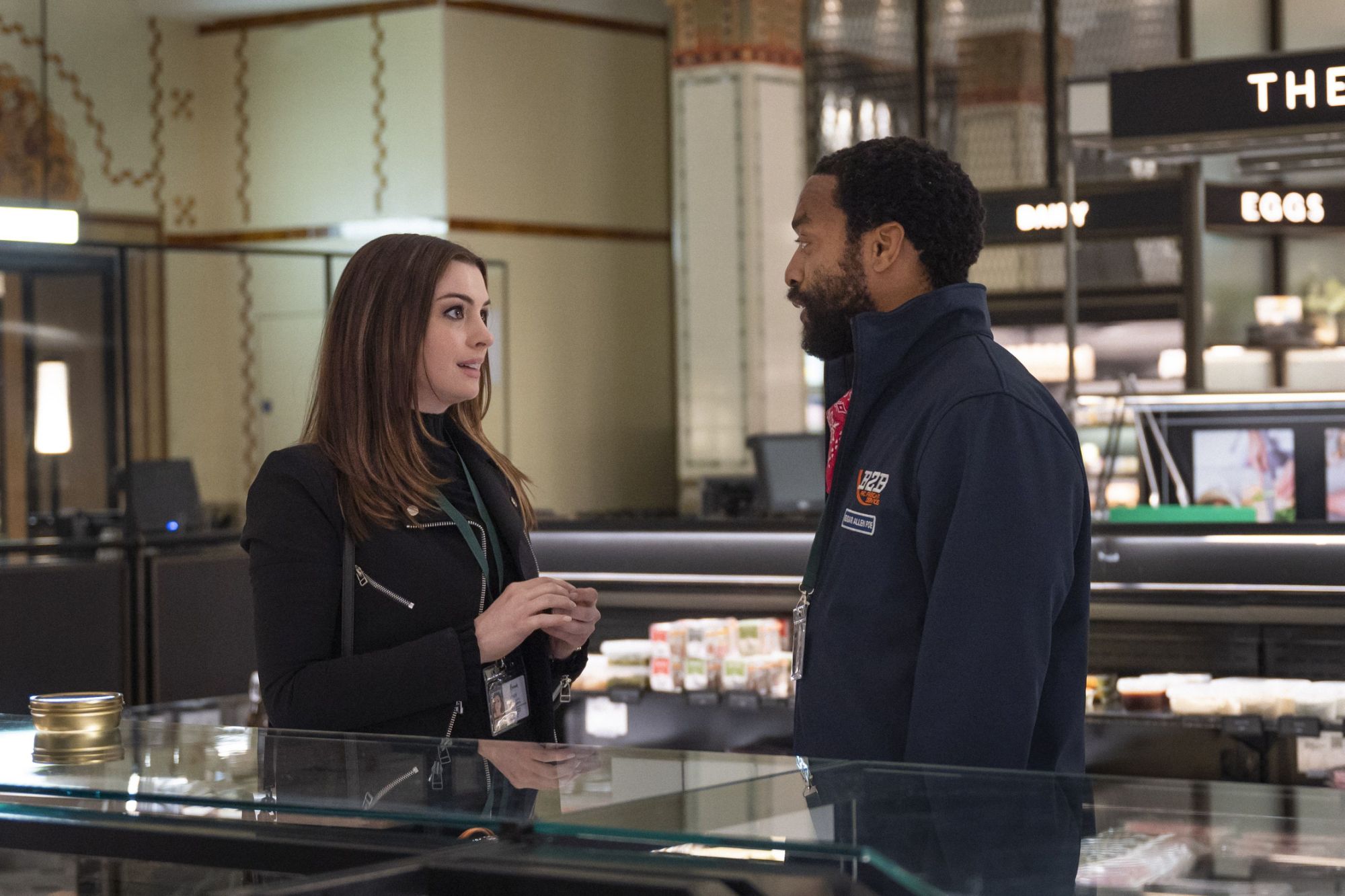 Paxton (Chiwetel Ejiofor) and Linda (Annie Hathaway) are a former couple who are locked down together in the same house because of COVID-19. Their relationship ended before Christmas and months later, they find themselves almost trapped together and bickering endlessly. Linda works for a large multi-national corporation and continues to get promoted even without trying. Paxton had a run in with the law and has been down on his luck ever since. His problems have him depressed to the point of not being able to sleep. He blames fate for all his problems, but the movie makes it seem that fate may have other plans for both Paxton and Linda. Somewhere during the runtime of the movie, writer Steven Knight decides to also wedge a heist film in there.

The ensemble cast of the film is great and they are what make the film so entertaining. It is fun seeing Annie Hathaway (why do I keep writing Annie instead of Anne, see here) and Chiwetel Ejiofor onscreen together. They make a believable couple and both are fantastic in their roles. It was fun to see the random cameos throughout the film including Ben Kingsley (who is particularly hilarious in this film), Ben Stiller, Stephen Merchant and Mindy Kaling.

The film was made in 18 days and I could not tell. While Locked Down is a low-budget film, the production values and pure quality of the movie make it look like so much more. The film perfectly captures the pandemic life that we are all living through together. The quip about toilet paper was spot on. The endless video conferences are captured precisely as they are in real life complete with audio being out of sync and overly compressed videos. The film perfectly captures the pajama-life that a lot of us have comfortably slipped into (I am guilty as charged with this one).

Having said all that, I was entertained by Locked Down. There is enough in the film with the three parts that it kept my attention throughout the film. It got me to chuckle quite a few times. And the heist portion of the film, while out of place, was genuinely thrilling.