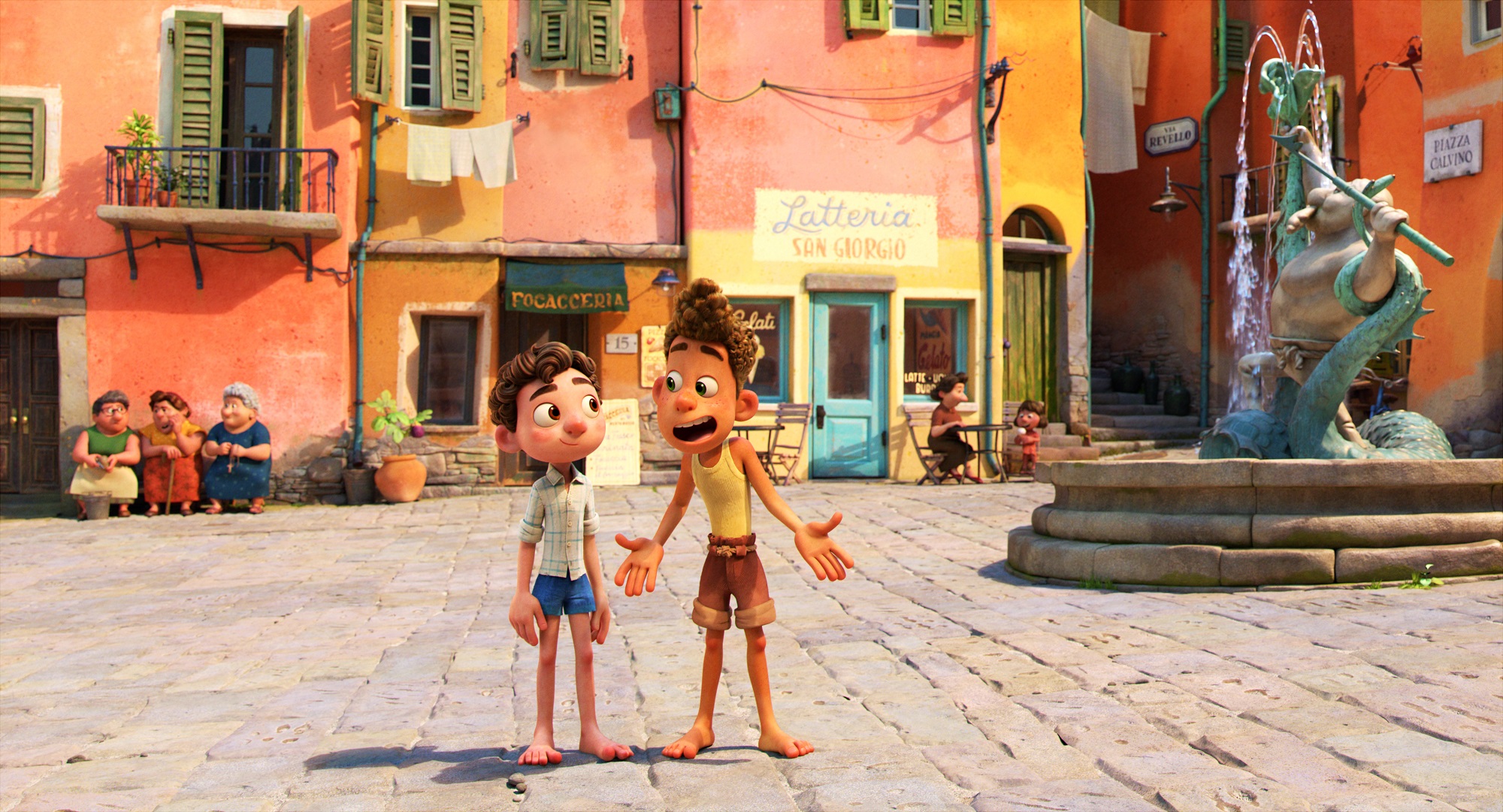 If you have any doubts about firing up Disney+ and watching Luca, tell those doubts: Silenzio Bruno! Stop reading now and go watch this charming coming-of-age animated movie.

Luca (Jacob Tremblay) is a shy Sea Monster who spends his day herding fish that act like sheep. His mom (Maya Rudolph) and dad (Jim Gaffigan) are normal, somewhat overly-protective parents who love and look out for Luca. One day while fish-herding, Luca comes across some human artifacts on the sea floor. It is here he meets a charmismatic young Sea Monster named Alberto (Jack Dylan Grazer) who is outgoing and lives above the water.

Sea Monsters live in the sea, but they can also live above the water too. When Sea Monsters are dry, they turn into normal looking humans. But, any amount of water will make them look like Sea Monsters again.

As Luca and Alberto bond, they end up in the nearby human town of Portorosso where they meet a young girl named Giulia (Emma Berman) who lives with her one-armed fisherman father (Marco Barricelli) during the summers. Giulia delivers fish and trains for the local triathalon where the competitors swim, ride bikes and eat pasta to win. Her goal is to beat the mustache-twisting villain of the film, Ercole (Saverio Raimondo) and his posse.

The one thing that really stands out about Luca are the visuals. The bright colors, the characters, the production design. They all are outstanding and charming. This movie is truly a feast for the eyes. The other thing that stands out is the music in the film which fits the movie like a glove and adds so much more charm to an already charming film. (If you can’t tell, I found this film charming.)

Luca’s story and themes of acceptance in a world where one is different are gentle, yet impactful. The other theme explored is one growing out of one’s own comfort zone and discovering that the world is so much more than what one sees or can imagine. Pixar and director Enrico Casarosa do a great job bringing these themes to life without beating the audience over the head with them.

It is a bit unfortunate that this movie did not get a theatrical release, the visuals of the film cry out for it to be seen on a large screen.

There are few Pixar films that leave me sobbing by the end of the movie, Luca joins that short list of movies.

I heartily recommend this charming and sweet movie to everyone, including adults.